Toads and Diamonds and Other Fairy Tales by Andrew Lang 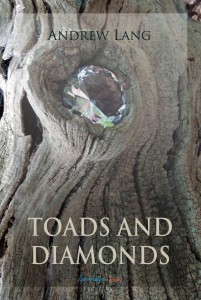 There was once upon a time a widow who had two daughters. The eldest was so much like her in the face and humor that whoever looked upon the daughter saw the mother. They were both so disagreeable and so proud that there was no living with them. The youngest, who was the very picture of her father for courtesy and sweetness of temper, was withal one of the most beautiful girls ever seen…