The Little Things, Nomadland Drop Prices and Rise on the VOD Charts

From “Nobody” to “The Mitchells vs. the Machines,” action movies and family animation continue to define home viewing.

A simple price change created this week’s biggest shift in VOD viewing. “The Little Things,” the Denzel Washington-starring serial killer thriller that debuted day-and-date in theaters and on HBO Max, dropped its $19.99 premium VOD to $5.99. It rose to #1 at Apple TV and gained top-10 showings at FandangoNow and Google Play. Spectrum Cable’s chart should pick it up this week.

In its second week of PVOD play, “The Marksman” notched #1 at FandangoNow, #2 at Apple TV, and #3 at Google Play. That’s a strong response for the last two which, unlike FandangoNow, list by number of rentals rather than revenue.

“Nomadland,” newly reduced in price at Spectrum, placed #1 there. The Best Picture winner fell elsewhere, notching lower slots at Apple TV and GooglePlay. Original Screenplay winner “Promising Young Woman,” a presence for four months in PVOD and now VOD, was the only other Oscar recipient to remain on the lists.

The best overall showing belonged to “Nobody,” with the PVOD film in the top five on all four charts, including #1 at Google Play. The other to make all lists is “Wonder Woman 1984.” The success of Universal and Warner Bros. titles continues to reflect the benefits of their bespoke strategies: Universal creates PVOD availability after three weeks, and Warner Bros. add pay platforms after an HBO Max run.

“Percy Vs Goliath,” the other title on three charts, features Christopher Walken as a farmer battling a GMO-producing corporation. It had a brief play last year in its native Canada but skipped U.S. theaters. It debuted at $6.99.

“Above Suspicion,” from veteran studio director Phillip Noyce, sneaked in at #10 on two charts. The film, about an FBI agent charged with murder, has had a mostly digital presence around the world going back to 2019; only now is it getting a domestic release. “The Paper Tiger” (Well Go USA), a sort of “Karate Kid” comedy about the reunion of middle-aged childhood prodigies, played multiple Asian-American virtual film festivals over the last year before getting home play. It was #9 at Apple TV. 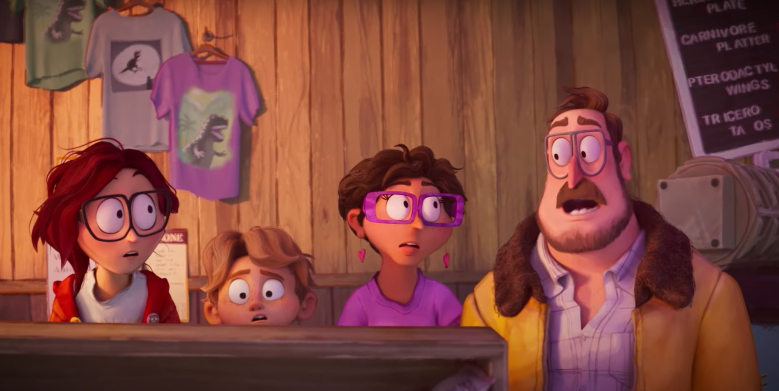 “The Mitchells vs. The Machines”

“The Mitchells vs the Machines” repeats as #1 at Netflix. The Sony Animation production, acquired by the streamer, has led their chart since its first day of release. This is one of the best-reviewed Netflix Originals, certainly outside of awards season, with a strong 81 score at Metacritic.

Also of note among Netflix Originals is “Monster,” now in third place. It debuted at Sundance 2018 in U.S. Dramatic Competition, and was initially acquired by Byron Allen’s Entertainment Studios (who retitled it “All Rise”) before Netflix picked it up. Starring Kelvin Harrison Jr. (“Luce”) as an honors student on trial for murder, its all-star cast includes Jennifer Hudson, John David Washington, and ASAP Rocky.

Ranked by number of transactions, with position as of Monday, May 10

Ranked by revenue accrued for May 3-9

Ranked by number of transactions, with the daily position as of Monday, May 10

5. News of the World (Universal)

Most viewed, current ranking as of Monday, May 10; originals include both Netflix-produced and -acquired titles

1. The Mitchells vs the Machines (2021 Netflix original)