‘The Kissing Booth 2’ Review: Netflix’s YA Hit Gets a Sweeter Sequel

Star Joey King leans into her comedic chops, and the result is better than the original — but that’s hardly a big ask.

Netflix’s continued forays into the wide world of romantic comedies — wildly popular with film fans, often overlooked by the studio system — has seen plenty of ups and downs. The streaming giant won acclaim for series like “To All the Boys I’ve Loved Before” and one-offs like “Set It Up,” but its romcom picks are just as prone to flaming out as setting the world on fire. While Vince Marcello’s 2018 adaptation of Beth Reekles’ YA novel “The Kissing Booth” scored big in terms of viewership, critical appraisals were not so kind; with a 17 percent rating on Rotten Tomatoes, the film is one of Netflix’s worst-reviewed originals.

Critics aside, the streamer gave the people what they want. Joey King returns to star in a sequel to the high school romcom —and “The Kissing Booth 2” is better than its predecessor, but that’s hardly a big ask.

While the first film was rife with sexist rhetoric, casual slut-shaming, and a “bad boy” lead who never met a put-down (or a punch) he didn’t like, its sequel tones down the offensive BS, finding something sweeter and far more enjoyable in the process. Even for audiences not turned off by the regressive attitudes of the original, its oddly aggressive tone was never, well, romantic, a misstep that Marcello now attempts to rectify. And yet the greatest strength of “The Kissing Booth 2,” an overstuffed (clocking in at a whopping 132 minutes) mishmash of genre tropes and tricks, isn’t its many romances; it’s King, who finally gets to spread her wings and her comedic chops.

Picking up just 27 days after the conclusion of “The Kissing Booth” — a series of zippy montages catch us up on what’s happened since Noah (Jacob Elordi) headed off to college after a blissful summer with Elle (King) — the sequel leans into its change of heart early. Noah is a new man (read: a dedicated boyfriend who shows no signs of his past history of cheating, trash talk, and getting into fights) and is heading off to Harvard, despite his discomfort leaving Elle, who is gearing up for her senior year and already seems alight with more agency and confidence.

While “The Kissing Booth” focused on their forbidden romance, mostly steeped in the weirdness of Elle going for her best friend Lee’s (Joel Courtney) big brother (a secret relationship that put a temporary ding in the duo’s lifelong bond), “TKB2” is more concerned with what happens now that their romance is affirmed and accepted. Attempting to be more mature, Elle opts to give Noah his space — but that move keeps the gossip hounds talking, and makes Noah wonder if the pair are really meant to be. Enter a pair of sexy potential rivals (Maisie Richardson-Sellers as Noah’s college pal Chloe, Taylor Zakhar Perez as Elle’s new classmate Marco), and the film’s aim seems pretty clear. 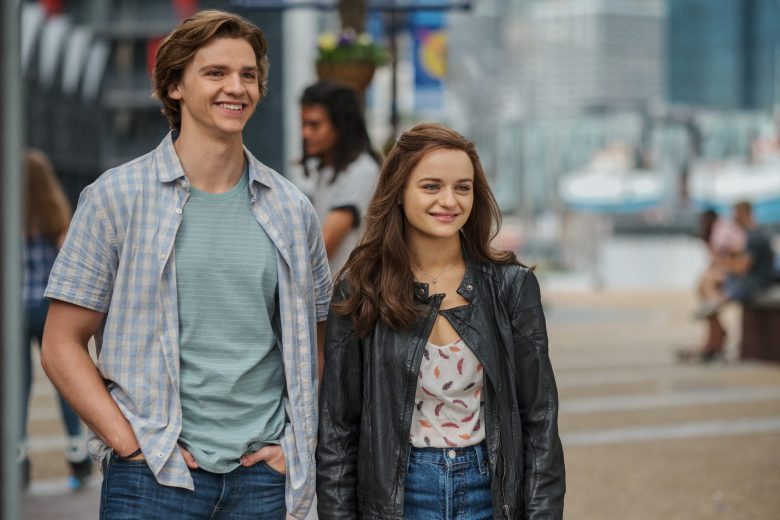 “The Kissing Booth 2” also folds in a long (and repetitive) subplot involving Lee’s girlfriend Rachel (Meganne Young), a trip to Boston, drama about which college Elle wants to attend, and an incredibly long section that sees Elle and Marco attempt to win a massive virtual dance competition. Again, with 132 minutes to fill, there’s plenty here. It’s not all good.

And then there’s the series of bizarre perspective shifts in which the film is suddenly being told by Noah, or the film’s insistence on yet another titular kissing booth, shoehorned in at the last possible moment. More happens in the film’s first hour than in some full seasons of television, suggesting that “The Kissing Booth” might have fared better as an episodic offering rather than an overstuffed film franchise that never finds its footing.

Other missteps will surely be familiar to fans of the first film, including that “The Kissing Booth 2” suffers from a classic case of being a “high school” film oddly populated by stars long out of the school system (while King, Courtney, and Elordi are all in their early twenties, many of their co-stars are not, and the effect of seeing obvious adults traipsing through teenage drama is nothing short of bizarre). Even during its best bits, the film never coalesces into a workable whole.

At least that allows for some wacky fun, with King getting to flex her comedic muscles (a scene in which she waxes poetic about Marco’s body is both out of place and a welcome injection of pure comedy into this lighter sequel). It also makes space for some very big dramas, and the film’s last half is filled with genuinely shocking moments, the kind that land with an enough impact (like a wrenching Thanksgiving dinner) to suggest that “The Kissing Booth 2,” for all it messiness, might have some sneaky emotional weight to it. 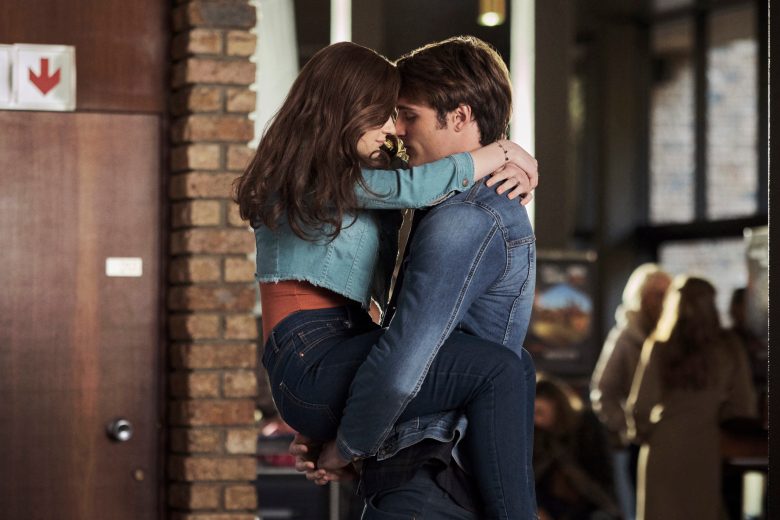 Still, that doesn’t keep the film from being predictable, even as it continues to pile on the complications. While it offers some necessary growth for all of its characters, “The Kissing Booth 2” can never resist looking and acting like dozens of other offerings of its genre ilk, unable to grow beyond basic complications and done-to-death dramas. And yet there are hints that its evolution has a few more tricks left to employ, its winking conclusion only one of them.

Much like its predecessor, “The Kissing Booth 2” sets up for a sequel. While “The Kissing Booth” offered something of an open-ended conclusion, the latest chapter all but begs for at least one more edition. This time, however, that possibility seems less like a threat, and more of a chance for some rare franchise redemption.

“The Kissing Booth 2” is now streaming on Netflix.