The IndieWire Staff’s Favorite Stories of 2019

The year was crammed with film and TV news and IndieWire was there for all of it. Here’s what mattered to us.

How was 2019 only 12 months? How did one year contain both the Spielberg vs Netflix feud and the Scorsese vs Marvel dustup? Oh, and it was somehow the same year in which everyone hated the finales of both Star Wars (or at least its Skywalker Saga) and “Game of Thrones.” The mind boggles at simply how much happened in the world of film and TV in 2019. The staff of IndieWire thought it would be worth taking a moment to reflect on our favorite stories of the year. We broke news, made passionate critical arguments, interviewed luminaries from all aspects of the business, and defined the issues, trends, and breakthroughs — and why they matter.

These are the stories we published in 2019 we’re proud of the most. Taken together, it’s a cheat-sheet guide to where the industry is now — and possibly a glimpse of where it’s going.

No, Studios Won’t Buy Theaters, but Small Exhibitors Fear Destruction While DOJ Touts Innovation — Dana Harris-Bridson
The end of the Paramount Consent Decrees either marks a Justice Department less concerned with monopolistic practices or a film industry in which studios now have little interest in owning theaters. In short, a little of both, with a heavy emphasis on the latter. Showing how little interest studios have in owning theaters, here’s this: Disney could have owned theaters all along since it was not considered a “major” film studio in the late 1940s when the Decrees were put into effect. They have clearly chosen not to do so. Our Editor in Chief dug into how a landmark ruling can become irrelevant.

The Spielberg vs. Netflix Battle Could Mean Collateral Damage for Indies at the Oscars — Anne Thompson
IndieWire’s Editor at Large was at the forefront of covering Steven Spielberg’s discontent with Netflix’s heavy investment in its 2019 Oscars campaign. The implications of the director’s fight to ensure longer theatrical windows to qualify for Oscars could have a side effect of penalizing indies that might only play in theaters for a couple weeks. Thompson’s analysis showed that what might please theater owners isn’t necessarily what’s best for filmmakers.

I Attended the Oscars and Uncovered the Problem With the Film Industry — Eric Kohn
Our Executive Editor and Chief Critic was in the thick of all the action on Oscar weekend and learned pretty quickly that “Green Book” was the consensus favorite to win Best Picture, Film Twitter and Netflix’s deep pockets be damned. After all, as Paul Schrader told him at the bar after having lost Best Original Screenplay to “Green Book”: “You can’t compete with mediocrity.”

‘The Crown’ Season 3 Review: Olivia Colman Rules — Ann Donahue
IndieWire’s Executive Editor-TV is our staff expert on all things British. But though she found a lot to like about the new season of “The Crown,” she ultimately gave a more positive review to “High School Musical: The Musical: The Series” than the acclaimed Peter Morgan Netflix drama. The reason? Olivia Colman is great as the Queen, but, as Donahue says, she became a “bit player” in her own show. 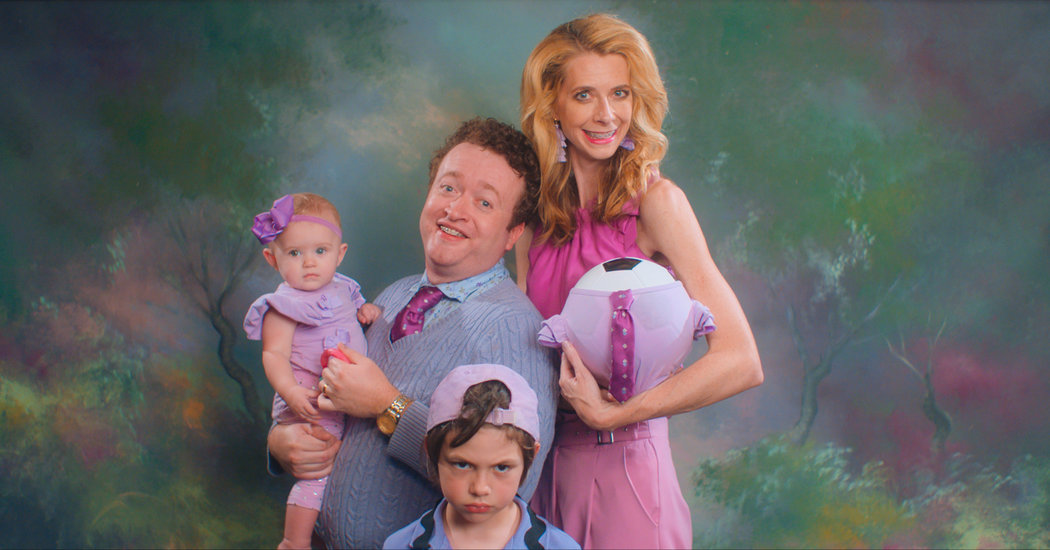 How the Midnight Movie Became a Secret Antidote to the Industry’s Diversity Problem — Christian Blauvelt
Our Managing Editor investigated how the Midnight Movie is finding new life in the age of social media and is being driven by a diverse group of new filmmakers speaking to audiences whose voices have often been marginalized. You’ll learn about “the Tarantino of Uganda” and add two films to your viewing list: “Greener Grass” and “Knives and Skin.”

‘Maleficent’: Disney Screenwriter Linda Woolverton On New Renaissance — Kate Erbland
Moviegoers opened their wallets for “Dumbo,” “Aladdin,” and “The Lion King” this year, and yet most of them probably never heard of Linda Woolverton. This profile of the screenwriter from our Deputy Editor, Film, shed a light on an MVP powering Disney’s continued success. Woolverton contributed early story ideas on the original “Aladdin” and “Mulan,” plus co-wrote “The Lion King,” and she acts as one of the most important bridges in connecting classic disney animation and the studio’s contemporary push into live action.

Netflix Has Canceled Eight Series From Women Creators in 2019 (So Far) — Ben Travers
Cancellations like “The OA” and “Tuca & Bertie” reflect a growing number of women-created original series given short runs at Netflix, noted our Deputy Editor, TV. “If the company isn’t going to share viewing statistics, it needs to otherwise show how it’s fighting for these series to succeed, or why it’s giving up on them.” 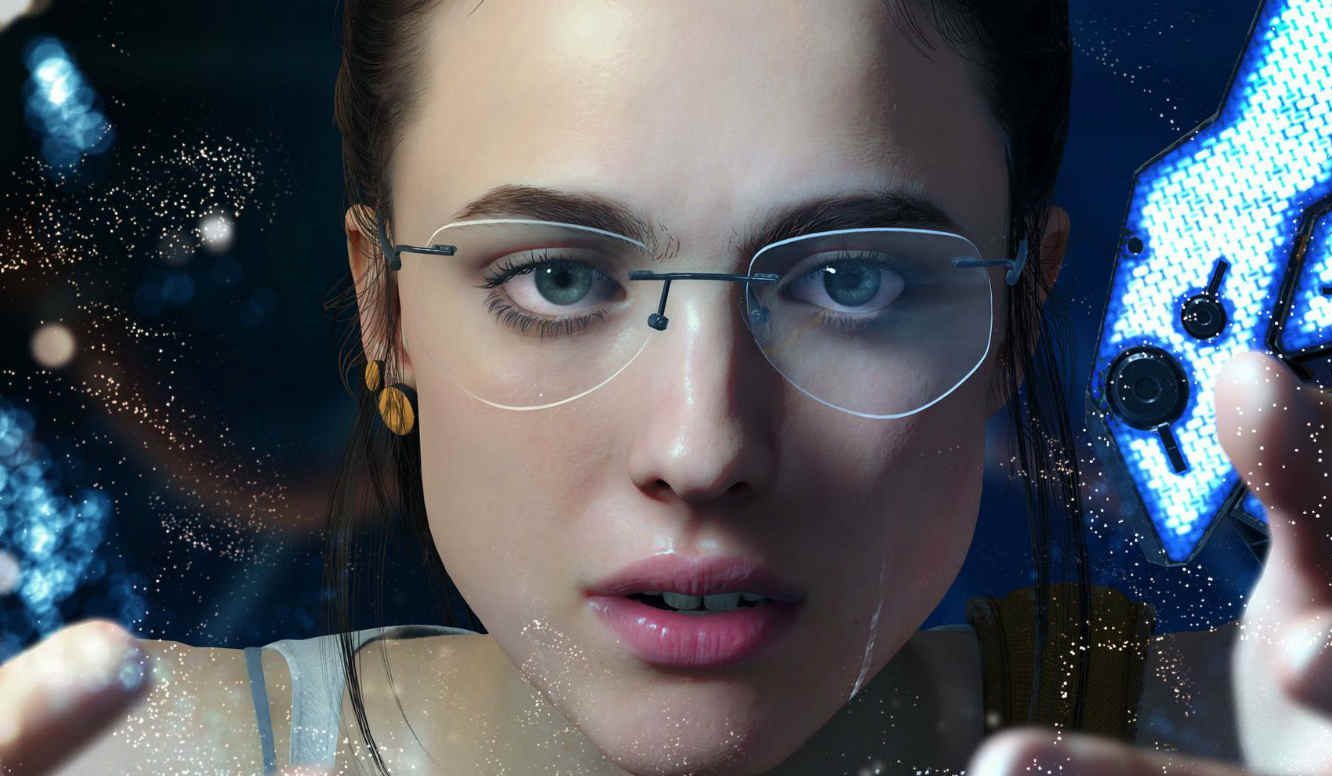 ‘Death Stranding’ Is the Best Video Game Movie Ever Made — David Ehrlich
IndieWire’s senior film critic wrote 2,700 words on (and spent over 60 hours playing) the medium-expanding “Death Stranding,” an immersive video game for PS4 by gaming auteur Hideo Kojima. He writes that it shatters the boundaries between movies and games, doubling as “one of the year’s best cinematic experiences.” It stars Mads Mikkelsen, Margaret Qualley, and Norman Reedus; Ehrlich wrote that “just when it’s starting to feel like ‘Death Stranding’ is the greatest movie that Guillermo del Toro never made, the iconic ‘Pacific Rim’ creator shows up in the game as a BB-obsessed NPC called Deadman.”

’Big Little Lies’ S2: Andrea Arnold Lost Control to Jean-Marc Vallée — Chris O’Falt
Wondering why “Big Little Lies” felt strange at best during its second season? There was a push and pull among its creative team and the tonally incoherent result was Season 2. Our Toolkit Editor got the scoop on what exactly happened: Andrea Arnold, who directed the entirety of Season 2, is said to have been promised final cut over the episodes, only to have them reedited without her input to fit the style of Season 1, directed by Jean-Marc Vallée. 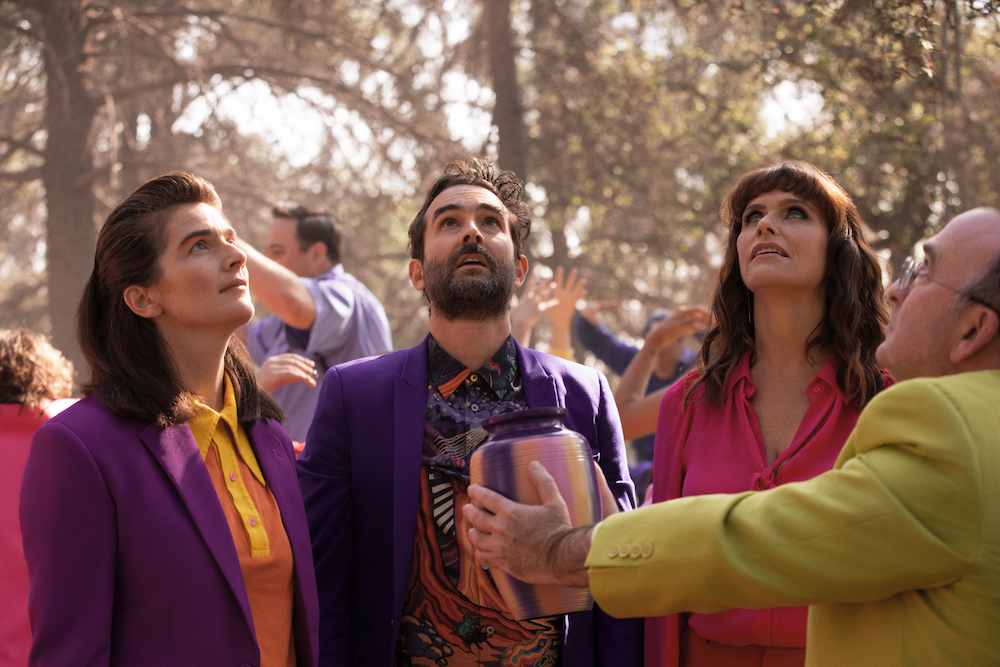 I’m Married to a Trans Woman. I Miss ‘Transparent’ Like I Miss My Old Life. — Libby Hill
Our TV Awards Editor’s account of living in the hall of mirrors that lie between her own world, in which her husband is now her wife, and the story world of “Transparent,” is literally one only she could write. It’s the best kind of personal essay, one that reveals the writer’s perspective while illuminating the work in a way that we haven’t seen.

‘Avengers: Endgame’ Did Not Beat ‘Titanic’ at the Worldwide Box Office — Tom Brueggemann
IndieWire’s box-office expert broke down those euphoric reports of “Avengers: Endgame” beating the overall worldwide haul of “Titanic,” and just how misleading they really were. One word, people: inflation. In terms of number of tickets sold, the best possible gauge of a film’s true popularity and earning power, “Titanic” is unlikely ever to be topped and Tom makes a compelling case as to why it was so uniquely successful.

Is ‘This Is Us’ Making You Seasick? You’re Not Alone — Leonardo Adrian Garcia
Before you ask: Yes, motion smoothing was turned off on Leo’s TV. Our Creative Producer called upon his years of video production expertise to explain something peculiar about the weepy NBC series: the show’s trademark handheld style combined with its penchant for digital image stabilization can have a queasy effect.

From Apple to ‘South Park,’ Entertainment Companies Grapple With Profit Versus Ethics in China — Tyler Hersko
Every major American business seemingly wants a piece of China, and they’re more than willing to look the other way at its government’s human rights abuses to make that happen — just ask LeBron James. Not to mention every major player in Hollywood.

‘The Tale’ Exec Producers Charged With Ripping Off Investors in Scam — Chris Lindahl
A look at two producers of increasingly notable independent films, including Terence Davies’ “A Quiet Passion” as well as Jennifer Fox’s “The Tale,” who face criminal charges of fraud and money laundering for allegedly using film investors’ funds to enrich themselves. 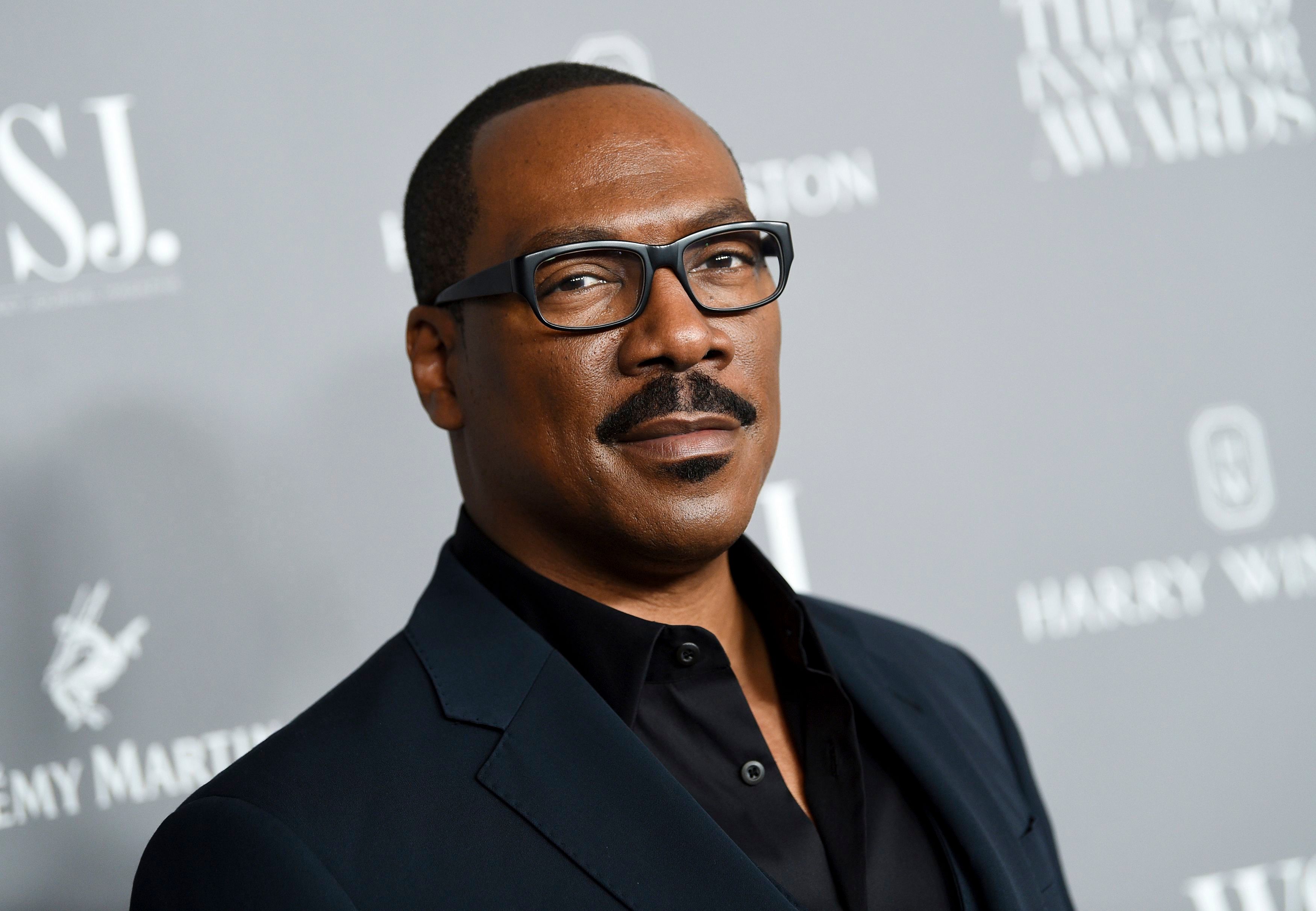 Don’t Tell Eddie Murphy ‘Dolemite’ Is His Comeback — Tambay Obenson
If you read only one Eddie Murphy interview related to ‘Dolemite Is My Name,’ this is it. Murphy makes smart connections between Rudy Ray Moore’s big-screen work and some of the more avant-garde movies of the ‘70s: “Like Fellini’s movies or Alejandro Jodorowsky movies; “El Topo.” Then when I got older, it was like, this guy [Rudy Ray Moore] is a guerilla filmmaker. His spirit is just — you have to be inspired.” On the other hand, Murphy has no love for Marvel, and even less for Tambay’s suggestion he could play an MCU villain since they’re often older: “Man, fuck you.”

‘Game of Thrones’: How Miguel Sapochnik Became the Best Director — Zack Sharf
Most fans seemed to hate the final season of “Game of Thrones,” but Zack cut through the negativity and lasered in on a key creative contributor worthy of celebration: director Miguel Sapochnik, who helmed some of the series’ best episodes, including “Hardhome,” “The Battle of the Bastards,” and, yes, those epic fugues of wanton destruction from Season 8: “The Long Night” and “The Bells.” Other than Peter Jackson or Zhang Yimou, you’d be hard-pressed to find another choreographer of massively scaled battles able to find the personal in the epic. 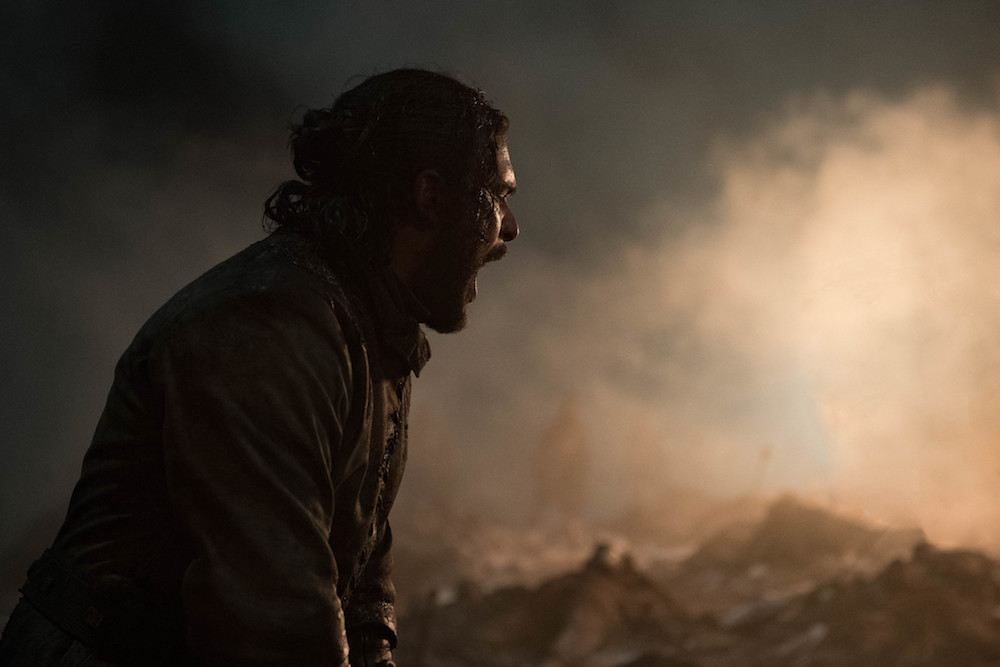 Kit Harington in “Game of Thrones”

Kirsten Dunst on Why Her ‘Bell Jar’ Film Fell Apart and Her Relationship With Lars von Trier — Ryan Lattanzio
“I feel like every movie I’ve done has been appreciated later,” Dunst said. “Most of them.” The actress elaborated on her buzzed-about comments earlier on that her films have been overlooked for awards attention, and covered much more ground as well — including her relationship with “Melancholia” director Lars von Trier.

IMDb Changes Birth Name Policy Following Outcry From Transgender Community — Jude Dry
It’s not every day that reporting results in positive, real-world change about that subject. Jude pressed IMDb about why, despite years-long outcry from transgender talent, the company insisted on listing birth names on trans individuals’ profile pages. IMDb finally backed down and altered their policy following Jude’s reporting, a major, affirmative victory for transgender actors and artists and their ongoing struggle for representation. 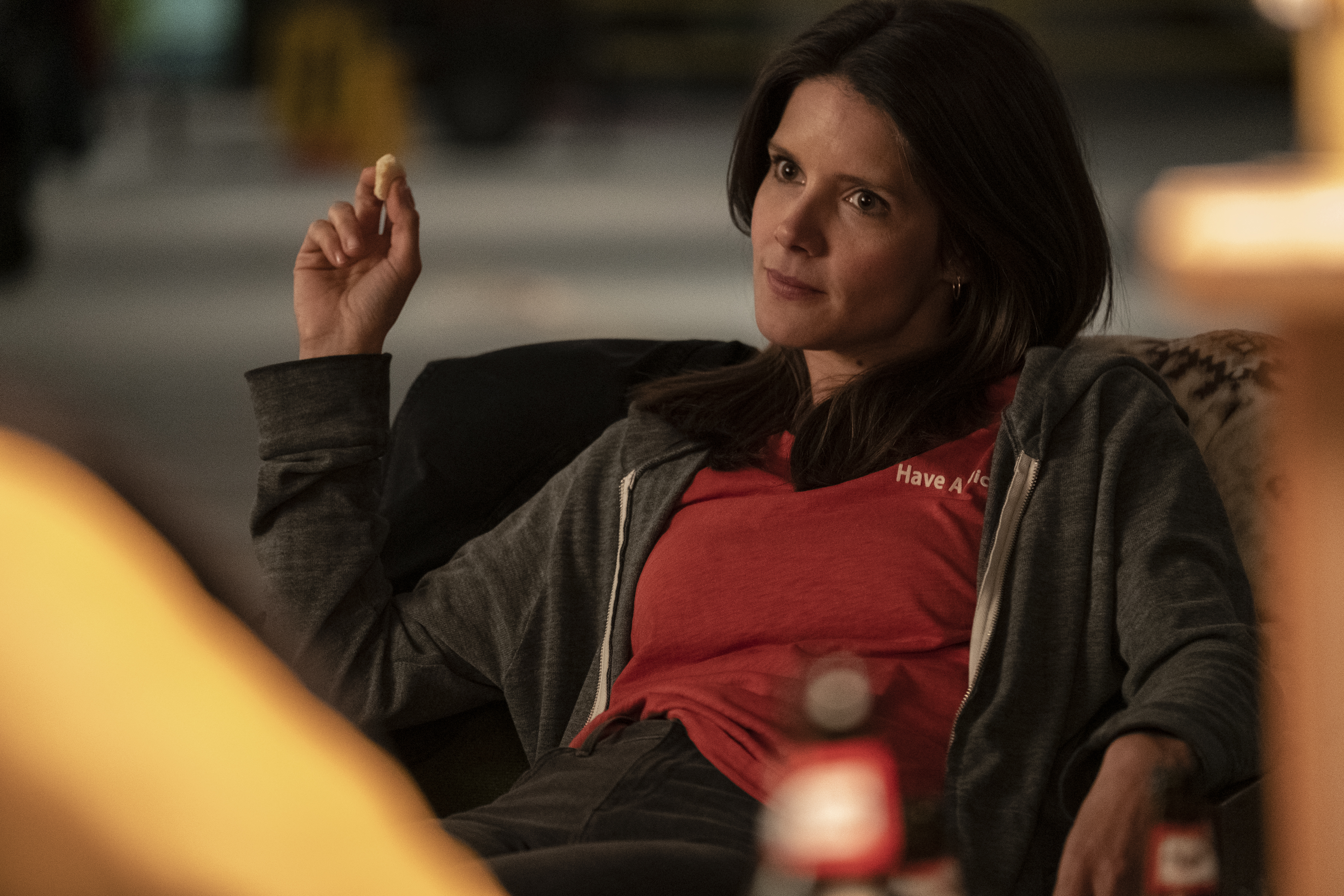 Save ‘Lodge 49’: How a Beloved Show Is Looking to Find Its Second Life — Steve Greene
Steve has an ability to find stories others’ aren’t telling and champion series that may not take up as much bandwidth online. Look no further than his piece on “Lodge 49” for an example of that passion in action.

‘The Irishman’: How ILM’s Innovative De-Aging VFX Saved Martin Scorsese’s Mob Epic — Bill Desowitz
So just how did they de-age Robert De Niro and Joe Pesci in “The Irishman”? Bill’s step-by-step account breaks down the process and makes you realize even how much more remarkable an achievement it is.

Previous post
CA mayor on exodus from blue states: ‘I can’t blame them’
Next post
What the Messy Legal Battle Over Lil Peep’s Death Reveals