The Historic Thames by Hilaire Belloc 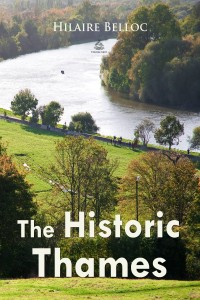