Add some spooky titles to your watch list with these ghoulish films about the undead.

You don’t have to wait until Halloween to catch up on your favorite zombie content. From “The Walking Dead” to “Pushing Daises” and video games such as “Resident Evil,” zombies are huge right now, and we’re not just talking about popular movies and TV shows.

The Center for Disease Control created an entire campaign to make sure that you’re prepared in the event of a zombie apocalypse (as if a global pandemic wasn’t scary enough).

And “fun” fact: The term “zombie” was born from Haitian folklore, but Hollywood has turned the seemingly scary concept into a bankable genre feeding our fascinations with gory depictions of the undead.

Your favorite zombie movies, and thousands of other films and TV shows are currently streaming on HBO Max, Hulu, and Amazon Prime. If you’re not already subscribed, here’s a quick breakdown: For $14.99 a month, HBO Max lets you access tens of thousands of films and movies as well as exclusive releases, including a slate of Warner Bros. films that will debut in theaters and stream simultaneously on HBO Max for the first month after release. Amazon Prime is $12.99 a month for access to the massive Prime Video library, and free two-day shipping on select items. Hulu subscriptions start at just $5.99 a month for ad-free streaming, or $59.99 a year (you can also add HBO Max to your Hulu subscription). The streaming platform offers ad-free streaming options starting at $11.99 a month.

But back to zombies. For those interested in the gory, spooky, and sometimes funny stories on mindless flesh-eaters, we put together a list of the best zombie movies now streaming on Hulu, HBO Max, and Amazon Prime. See more below. 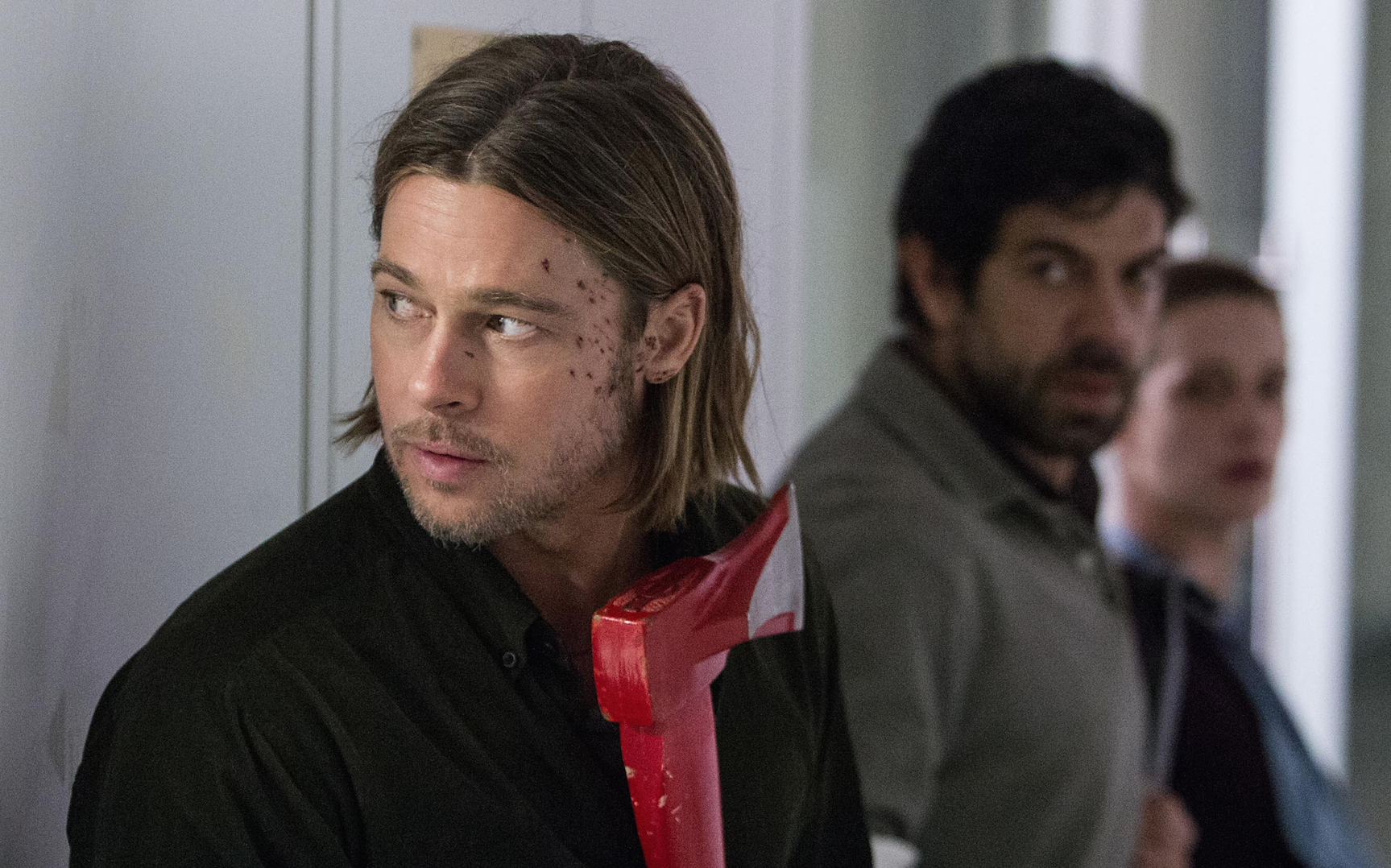 Brad Pitt stars in this post-apocalyptic zombie thriller directed by Marc Forster. The plot begins with a former United Nations employee, Gerry Lane (Pitt), and his family getting caught in a New York City traffic jam that turns out to be more than your average gridlock. Lane heads on a global trek in an effort to stop the zombie pandemic threatening to end humanity. Despite the original raking in over $500 million at the box office, the sequel for “World War Z” was eventually shelved. You can stream “World War Z” on Amazon Prime. 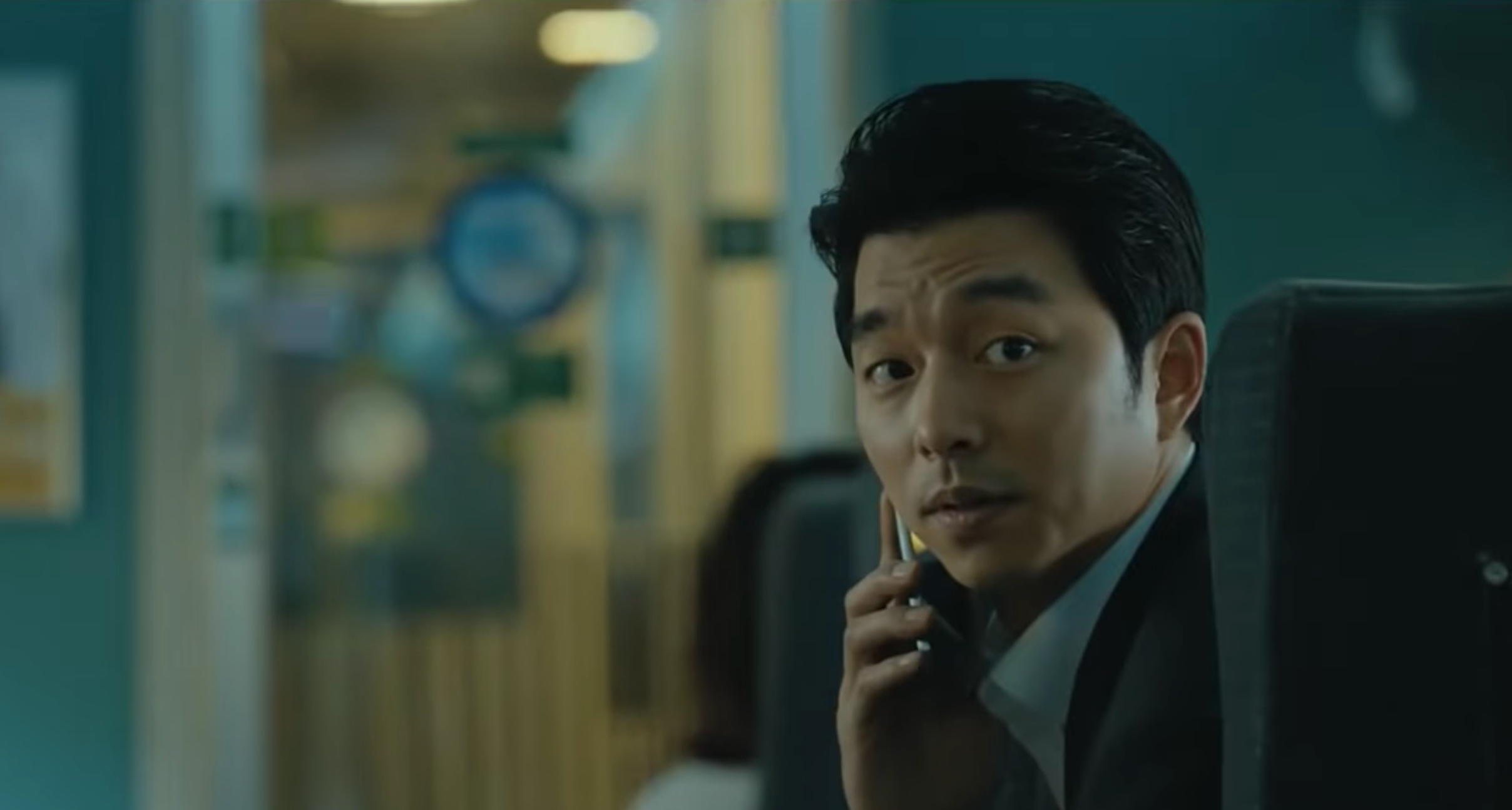 Most of the 2016 action thriller from Yeon Sang-ho goes down on a train, which somehow makes the story that much spookier. Starring Gong Yoo Jung, Jung Yu-mi, and Ma Dong-seok, “Train to Busan” follows a zombie apocalypse that breaks out after a chemical leak at a biotech plant. You can rent or buy “Train to Busan” on Amazon Prime.

“Sean of the Dead”

“Shaun of the Dead”

Written and directed by Edgar White, “Shaun of the Dead” is the lighthearted zombie comedy that amassed a cult following. The film’s protagonist Sean (Simon Pegg) works a dead-end job while his relationship is on life-support — mainly because his girlfriend wants him to grow up and do something more productive with his life. Little does everyone know, an impending zombie apocalypse descends on London, which could give Sean a chance to finally prove himself. “Shaun of the Dead” is streaming on Hulu, HBO Max, and Amazon Prime. 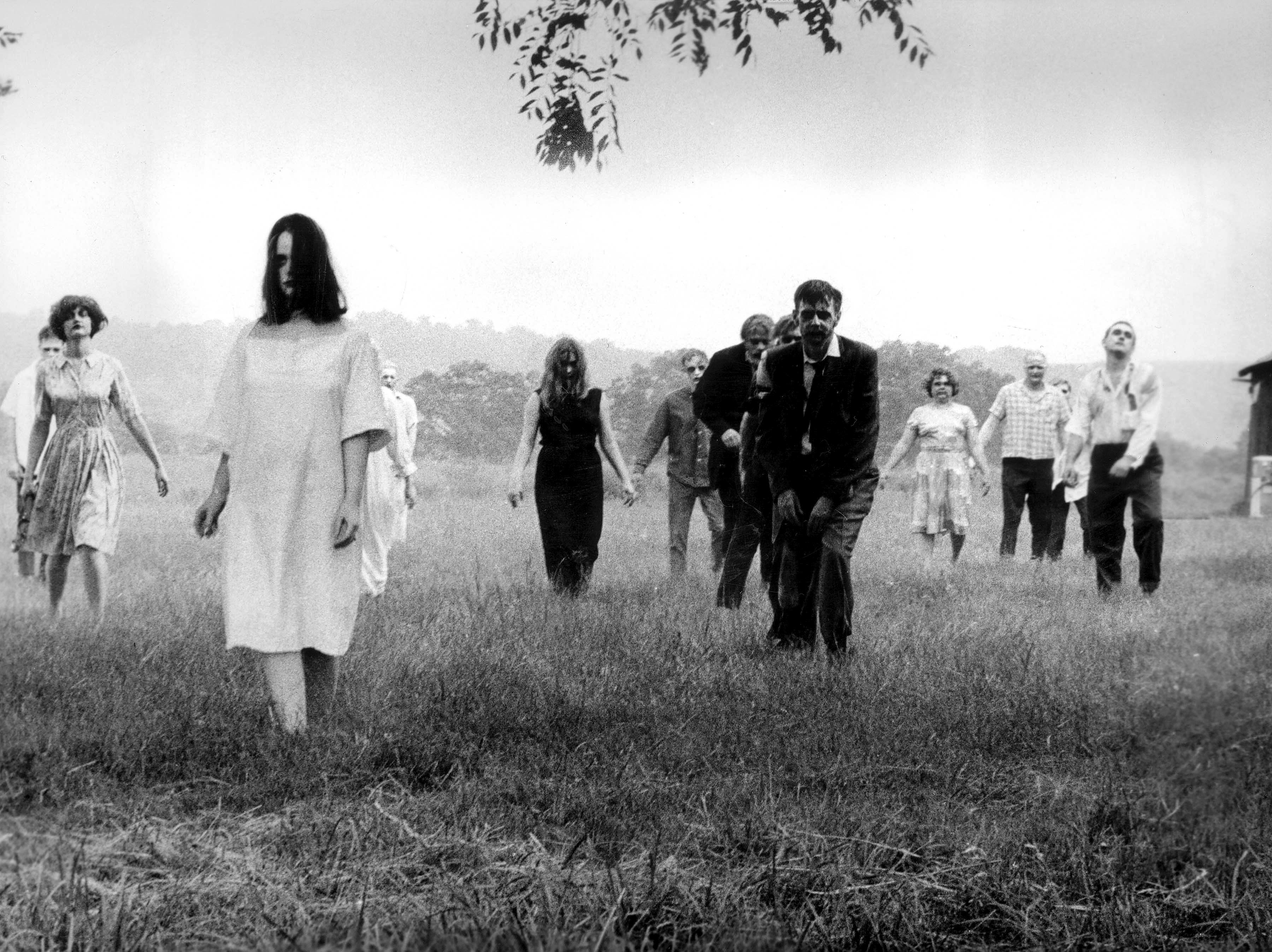 “Night of the Living Dead”

“Night of the Living Dead”

After more than 50 years, “Night of the Living Dead” remains one of the most influential zombie films in movie history, and certainly the most successful of its time. The 1968 indie horror flick, directed by George A. Romero, is considered pivotal to the development of the zombie horror film genre that we know today. The classic, which stars Judith O’Dea, Duane Jones, Marilyn Eastman, Karl Hardman, Judith Ridley, and Keith Wayne, spawned an entire film franchise that includes “Day of the Dead” and “Diary of the Dead.” You can stream “Night of the Living Dead” on HBO Max, Hulu, or Amazon Prime. 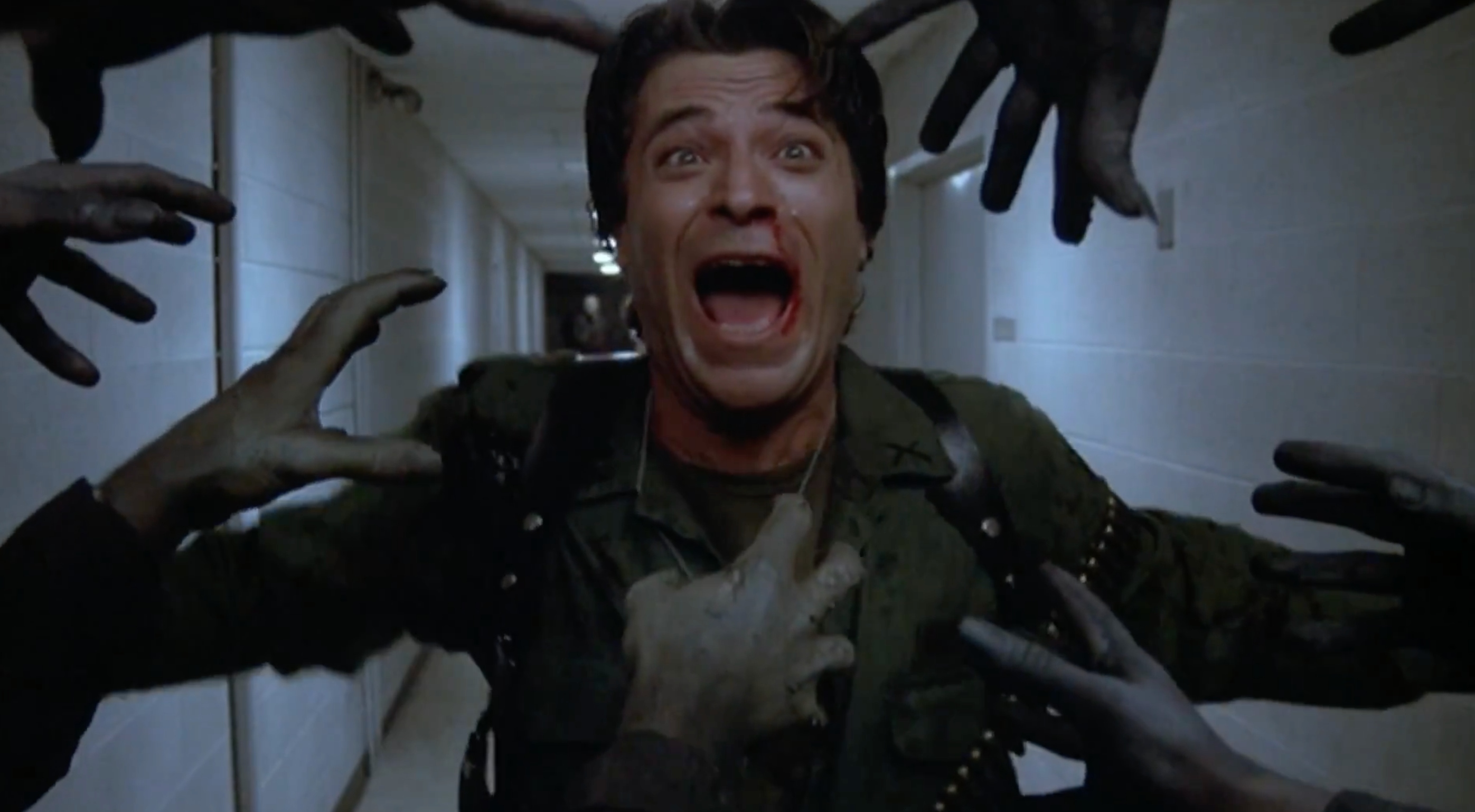 “Day of the Dead”

“Day of the Dead”

Speaking of its predecessor, this 1985 film was the third installment in Romero’s  “Night of the Living Dead” series. The plot takes the franchise into the “Day of the Dead,” a pretty dark day considering that zombies outnumber human 400,000 to one. The plot centers around a group of post-apocalyptic survivors hunkering down at a shelter while battling to save what’s left of the human race. “Day of the Dead” has been remade a couple times over, but you can catch the original on HBO Max. 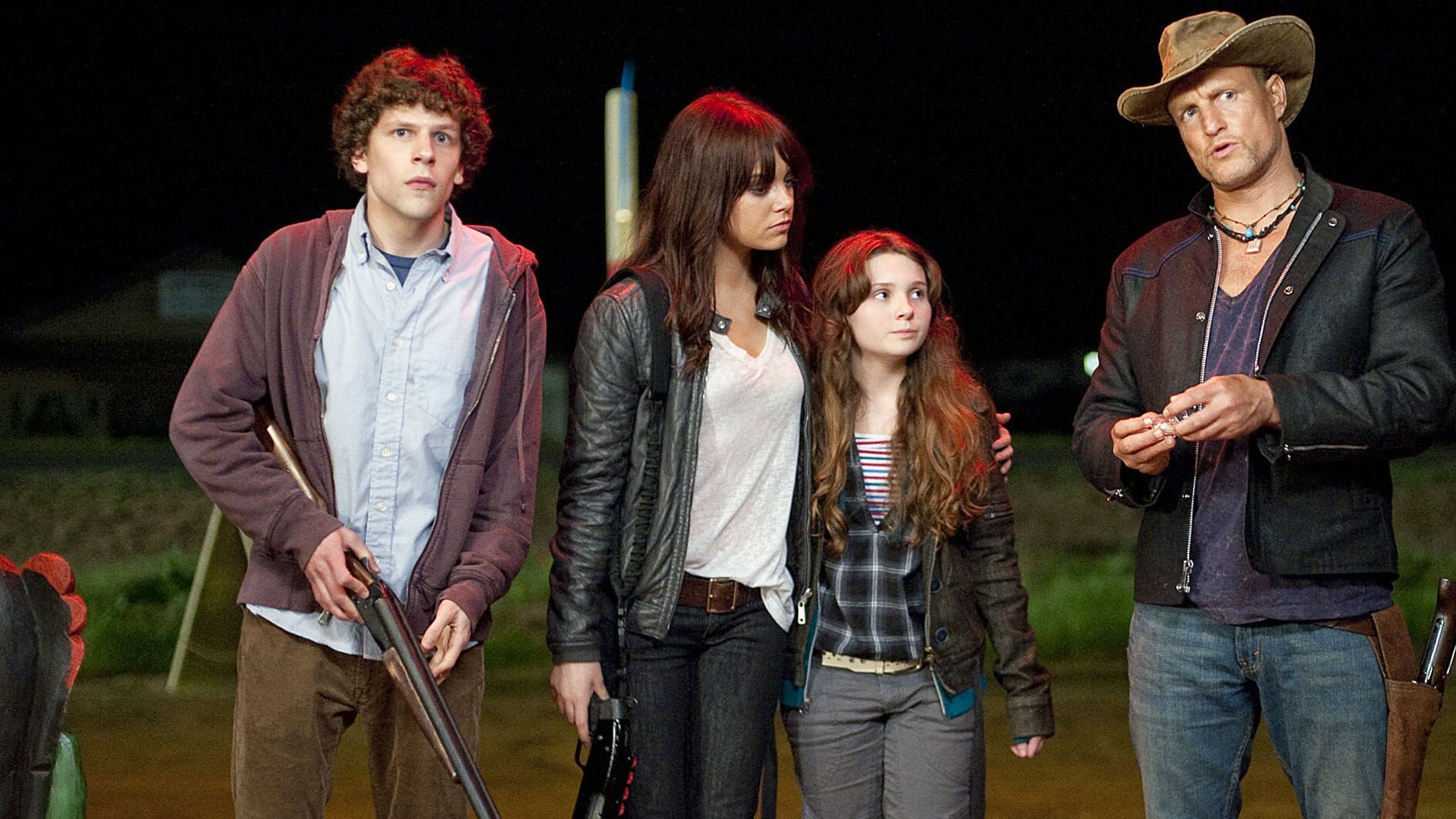 Woody Harrelson, Jesse Eisenberg, Emma Stone, and Abigail Breslin star in the 2009 comedy “Zombieland.” The film is about four people in a battle for survival after a global virus turns just about everybody into a zombie. Eisenberg plays Columbus, a shy and lonely college student hoping to get to his family in Ohio to make sure they’re safe, and hopefully alive. Along the way, he meets the gun-toting Tallahassee (Harrelson), who’s on a mission to find the last Twinkie. Meanwhile, Stone and Breslin play sisters Little Rock and Wichita who end up conning the guys. “Zombieland” is streaming on Amazon Prime. 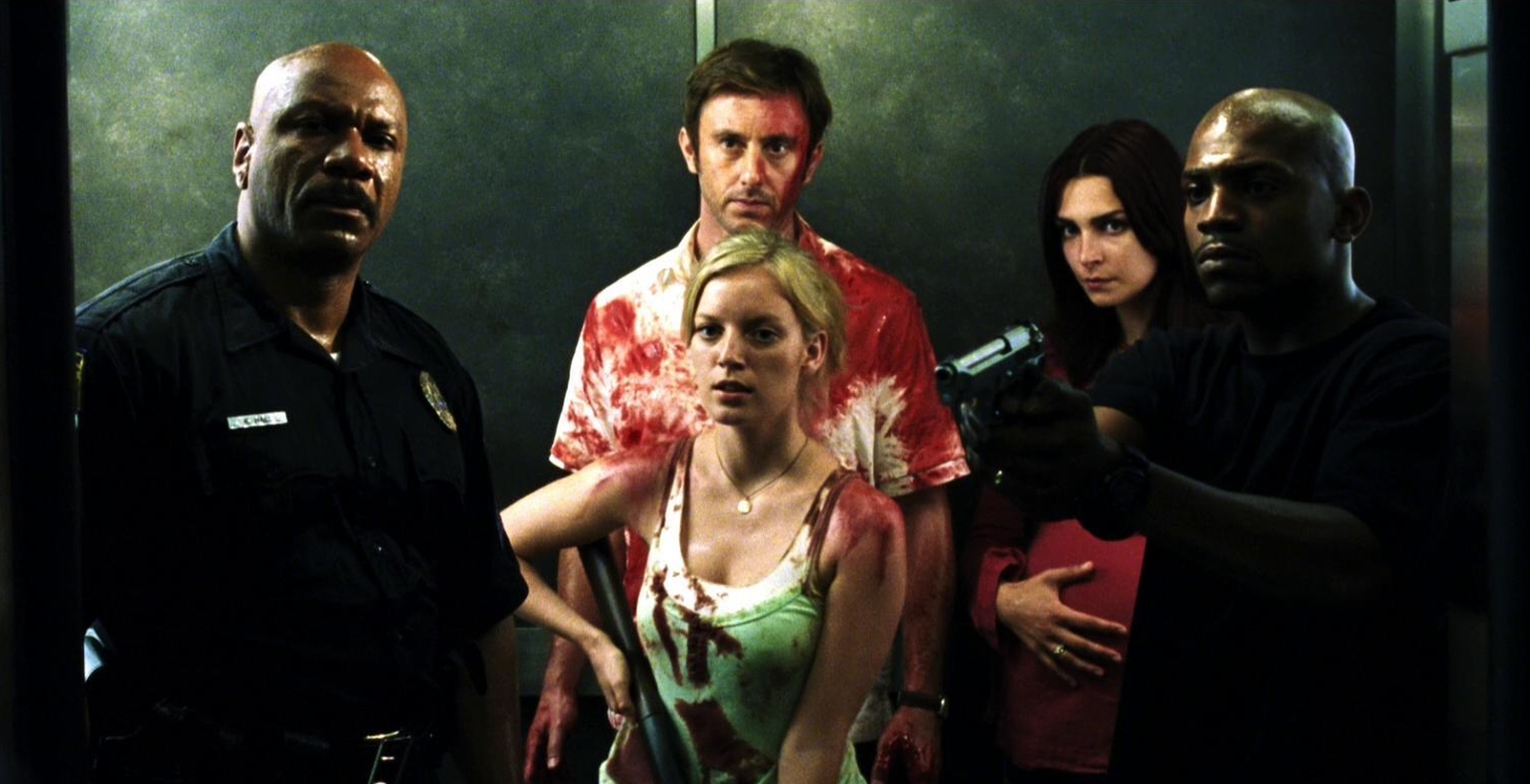 “Dawn of the Dead”

“Dawn of the Dead”

Zack Snyder’s “Dawn of the Dead” is about a gaggle of Milwaukee residents who seek refuge in a local mall as a swarm of zombies close in on them. Sarah Polley stars as Anna, a nurse whose husband gets attacked by their young zombie neighbor. Naturally, Anna has to get away from her husband, and any other zombiefied beings around town, but she’s not the only one looking for a safe hiding place. The cast of “Dawn of the Dead” includes Ving Rhames, Jake Weber, Mekhi Phifer, and Tyler Bates. You rent the 2004 movie on Amazon Prime. 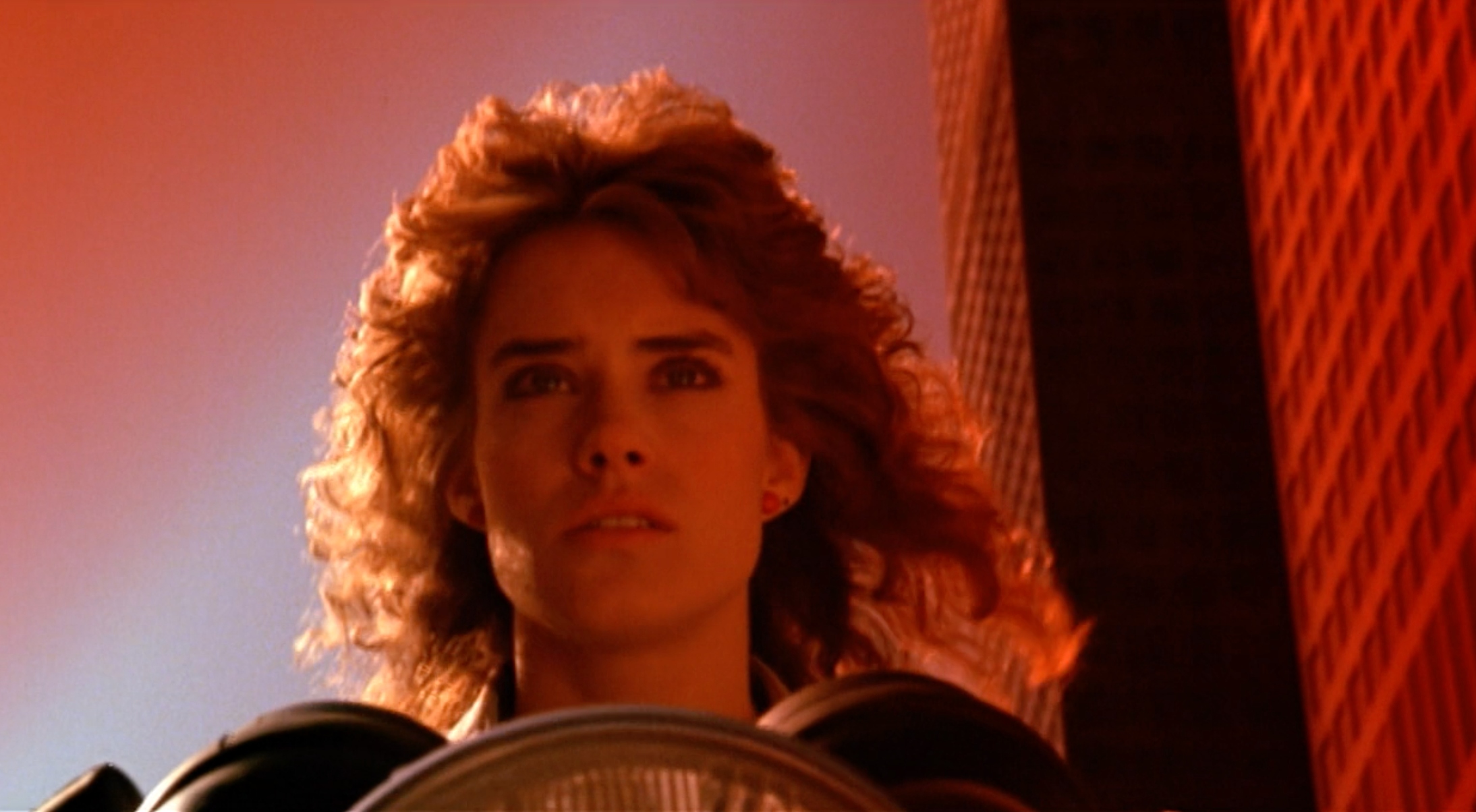 “Night of the Comet”

“Night of the Comet”

If you’re in the mood for an ‘80s zombie film, try out “Night of the Comet.” After a comet triggers a zombie apocalypse that wipes out a large portion of the population, teenage sisters Regina (Catherine Mary Stewart), and Samantha (Kelli Maroney) team up with fellow survivors on an end-of-the-world adventure that finds them trying to avoid zombies, but also the doctors who want to use them as human test dummies for a potential antidote. “Night of the Comet” is available for rent on Amazon Prime.