J.J. Abrams relied on footage of the late Carrie Fisher from “The Force Awakens” to incorporate General Leia into “The Rise of Skywalker.” 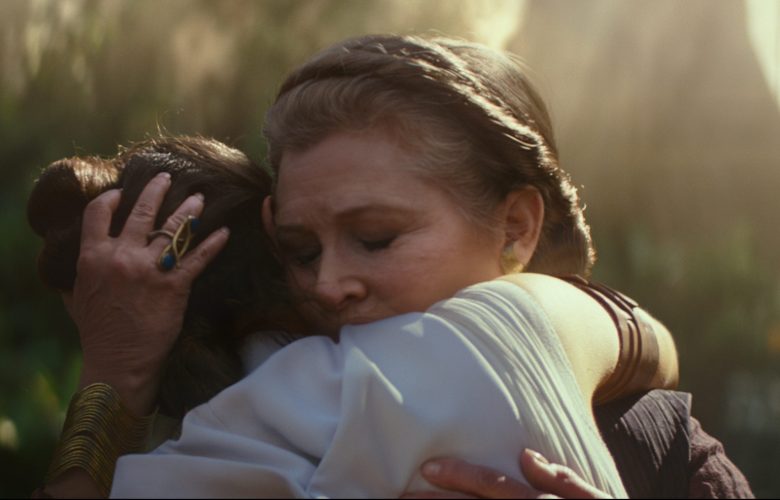 One of the biggest talking points around “Star Wars: The Rise of Skywalker” prior to its release was the role Carrie Fisher’s General Leia would play in the narrative. Fisher passed away before production on the latest “Star Wars” film began, so “Rise of Skywalker” director J.J. Abrams repurposed unused footage of the actress from “The Force Awakens” to ensure Leia would have a role in “Skywalker.” Fans now know Leia appears briefly but significantly in the new “Star Wars” film, training Rey as a Jedi and using the Force at a critical moment to help distance son Kylo Ren from the dark side. However, the footage of Leia seen in “Skywalker” is not the entirety of the unused Fisher footage that was available.

“There is [more] stuff out there,” “Rise of Skywalker” co-writer Chris Terrio recently told The Wrap about the unused Leia footage. “It may be on deleted scenes or something, but there are things that didn’t quite make it in, in fact one or two scenes I really liked that didn’t make it in, but to keep the film moving, I totally understand the reasons why those things were cut. But there is certainly other glimpses of Carrie that didn’t make it.”

Todd Fisher, Carrie’s brother, revealed in November that Abrams had about eight minutes of unused Leia footage from “The Force Awakens” to use for “The Rise of Skywalker.” Considering Leia appears for well below eight minutes in the movie, it makes sense there is more unused Fisher footage to be seen. Terrio said the Leia footage that did make it into the “Skywalker” theatrical cut is all Fisher and does not feature post-production edits to tinker with Fisher’s performance.

“Every time you see her speaking, that’s really Carrie speaking,” Terrio told The Wrap. “We didn’t use any on-camera lines that she didn’t say. It was important to us that every time Leia says a line, it was really a line that Carrie said and that the way we created the scene around her, her acting intention was relatively intact.”

“Star Wars: The Rise of Skywalker” is now playing in theaters nationwide.