Soria Moria Castle and Other Fairy Tales by Andrew Lang 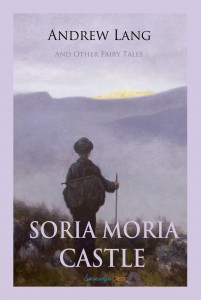 There was once upon a time a couple of folks who had a son called Halvor. Ever since he had been a little boy he had been unwilling to do any work, and had just sat raking about among the ashes. His parents sent him away to learn several things, but Halvor stayed nowhere, for when he had been gone two or three days he always ran away from his master, hurried off home, and sat down in the chimney corner to grub among the ashes again…