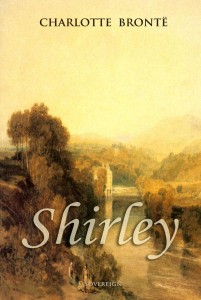 Robert Moore is a mill owner noted for apparent ruthlessness toward his employees. He has laid off many of them, apparently indifferent to their resulting poverty. But in fact he has no choice, since the mill is deep in debt. The mill was inefficiently run by his late father and is already mortgaged. His elder brother became a private tutor, leaving Robert to restore the mill to profitability. He is determined to restore his family’s honour and fortune.

Charlotte Bronte, an English novelist and poet, the eldest of the three Bronte sisters who survived into adulthood, whose novels are English literature standards. Jane Eyre is one of Charlotte’s most famous and internationally recognised novels.