The winner of the Scripter for film often goes on to win Adapted Screenplay at the Oscars.

Traditionally mounted by the USC Libraries as an elegant black-tie, sit-down dinner at the historic Edward L. Doheny Jr. Memorial Library at the University of Southern California, this year the Scripter Awards went global. On Saturday, March 13, the USC Libraries opened up their exclusive awards show to honor the year’s best film and television adaptations, as well as the works on which they are based, as a virtual event.

This diverse group of academics, industry professionals, and critics (for which I vote) is often predictive of the Adapted Screenplay Oscar race. Last year’s Scripter winners on the film and TV side were Oscar and Emmy nominees Greta Gerwig (“Little Women”) and Phoebe Waller-Bridge (“Fleabag”), respectively. Past winners of both the Scripter and the Oscar include “Call Me by Your Name,” “Moonlight,” “The Big Short,” and “The Imitation Game.” In fact, before 2019, eight Scripter Award winners went on to win Oscars.

This year, streaming giant Netflix dominated the nominations (as it did last year) with three nominees (one film, two series), including “Ma Rainey’s Black Bottom,” “Unorthodox,” and “The Queen’s Gambit,” which took home the 2021 episodic series Scripter Award. Scott Frank adapted from the novel by Walter Tevis, who also wrote books-to-films “The Hustler” and “The Man Who Fell to Earth.”

“The one person I have to thank is Walter Tevis,” said Frank. “I could never have done it without that gift of a novel, it was a tremendous and huge leg up, it was everything for me. This novel was beautiful. My mission was to protect it and realize it in away that if Walter was still with us, he would be proud of it and recognize himself in it as well.” 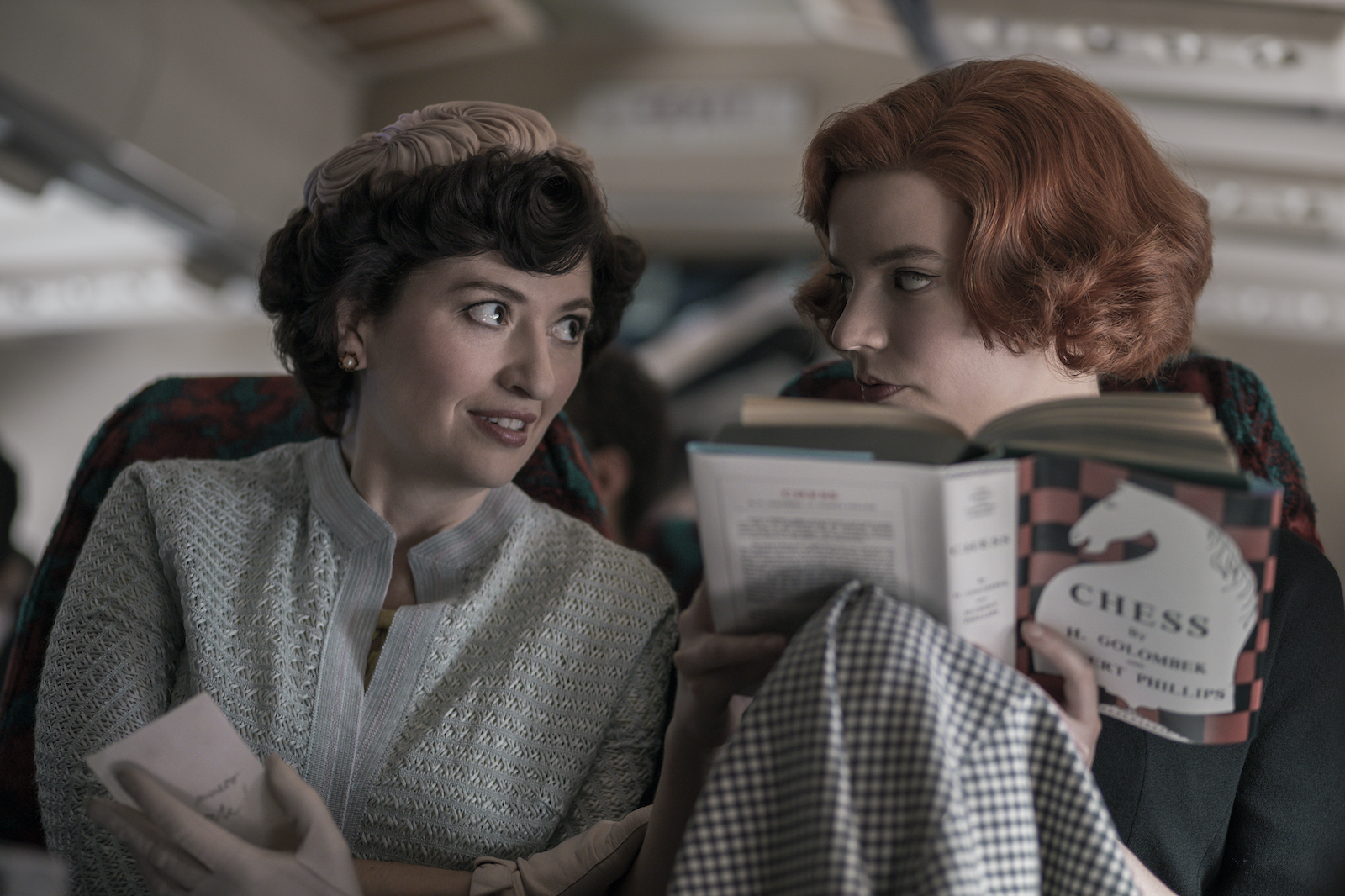 Tevis’ son William pointed out that “Queen’s Gambit” has “no bad guys — even the people she beats like her,” he said. “My Dad was a great storyteller.”

“He was the funniest person I have ever known,” said his daughter Julie. “He recreates the story of his life in ‘The Queen’s Gambit.’ He started writing in the 60s, in his early 20s, and didn’t write again until 20 years later, one year before his death 37 years ago.  ‘The Queen’s Gambit” is Walter Tevis’ win. He and Beth Harmon both won. Scott Frank bought Walter Tevis back to life, and embodies his character in Beth Harmon, their struggles with drugs, alcoholism, awkwardness, and genius.”

“Queen’s Gambit” beat out “The Good Lord Bird,” “Normal People,” “The Plot Against America,” and “Unorthodox.”

The winners of the 2021 Scripter for film adaptation were Chloé Zhao and Jessica Bruder for “Nomadland,” which is the frontrunner for multiple Oscars including Adapted Screenplay, Cinematography, Director, and Best Picture. Zhao thanked Bruder for her “love for the people in her book and the road and the American West,” as well as the cast “for sharing your stories with us, your deep sense of dignity. You inspire me so much to live my own life.”

Bruder first wrote a magazine article in 2014, reporting in the Sonoran desert, and published “Nomadland: Surviving America in the Twenty-First Century” in 2017. She could never have imagined that in 2020 Linda May, Bob Wells, and Charlene Swankie would be co-starring in a movie with Frances McDormand, she said: “Thanks for sharing your stories. It’s been one hell of a ride.”

“We’re celebrating 33 years of Scripter Awards,” said host Dean Quinlan, “but this has been a year like no other.” Marking a full year since students left campus, she is welcoming their return to libraries that reopen on Monday after swiftly moving toward digitalization during the pandemic, building digital labs and preserving data. Digitization of library content increased 2000 percent over last year. “The ability to adapt is more vital than ever. We recognize artistic transformation.”