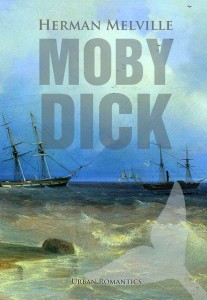 Moby-Dick, one of the Great American Novels and a treasure of world literature, follows the adventures of wandering sailor Ishmael, and Captain Ahab who seeks out Moby Dick, a ferocious, enigmatic white sperm whale. In a previous encounter, the whale destroyed Ahab’s boat and bit off his leg, which now drives Ahab to take revenge.

Herman Melville, an American novelist, short story writer, essayist, and poet best known for his novel Moby Dick, widely recognised as one of the literary masterpieces of both American and world literature.


Next post
Icelandic volcanoes erupt as supermoon hits the sky