‘Master and Commander’ Prequel in the Works

Screenwriter Patrick Ness, who scribed the 2016 family drama “A Monster Calls” will tackle the screenplay. 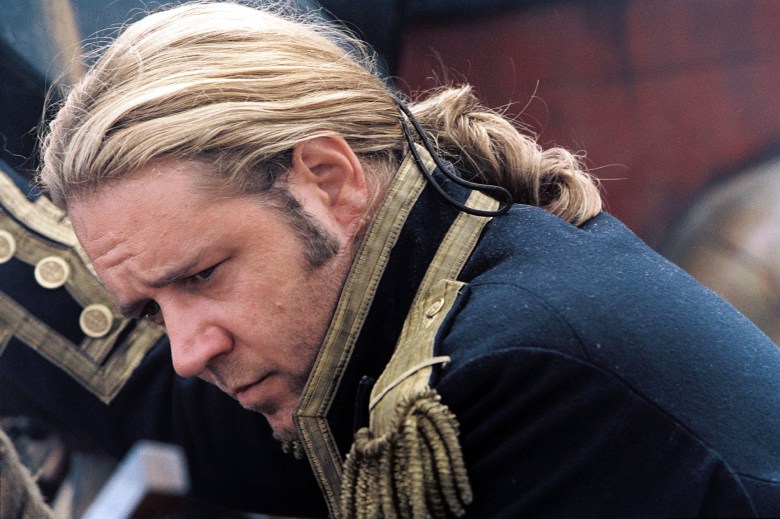 “Master and Commander: The Far Side of the World”

It looks like the tide is turning on “Master and Commander: The Far Side of the World.” Despite being criticized by Twitter for being too long, Fox is interested in giving audiences more adventures on the high seas.

Initially reported via Deadline, it seems the newly minted 20th Century Studios is working on a prequel to the 2003 seafaring film. Screenwriter Patrick Ness, who scribed the 2016 family drama “A Monster Calls” will tackle the screenplay. There are currently no stars or a director attached.

Directed by Peter Weir, the original feature starred Russell Crowe and Paul Bettany as members of a ship in pursuit of a French vessel during the Napoleonic wars.

At the beginning of the pandemic last year the film saw an unintentional resurgence via Twitter when one user wrote, “Lots of folk complaining about lack of sleep during the Pandemic. May I recommend ‘Master and Commander’ starring the usually captivating, attention-grabbing Russell Crowe. I’ve never made it past the ten minute mark. You’re welcome. And thanks Russell.”

The initial tweet also tagged Crowe who responded to the comment with “That’s the problem with kids these days. No focus. Peter Weir’s film is brilliant. An exacting, detail oriented, epic tale of fidelity to Empire & service, regardless of the cost. Incredible cinematography by Russell Boyd & a majestic soundtrack. Definitely an adults movie.”

Crowe himself has long wanted to make a sequel to “Master and Commander” even using social media himself in December of 2010 to urge fans to ensure Fox knew about the demand for a follow-up feature. Crowe wrote on social media at the time, “If you want a ‘Master and Commander’ sequel I suggest you e-mail Tom Rothman at Fox and let him know your thoughts.” A prequel isn’t necessarily the same thing but it would be interesting to see if the script could find an inventive way to use Crowe in some capacity.

The film was not the box office hit needed to start an intended film franchise around O’Brian’s literary series. Despite being considered a box office disappointment, “Master and Commander” picked up 10 Oscar nominations (including Best Picture and Best Director) and won the Academy Awards for Best Sound Editing and Best Cinematography.