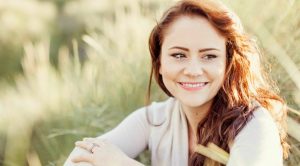 Louise Ross was born in Northumberland, England. She studied undergraduate and postgraduate Law at King’s College, University of London and studied abroad in Paris and Florence. She spent much of her working life in London, where she was a regulatory lawyer for a number of years until taking the decision to change career and pursue her dream to write.

After the birth of her son, she wrote the first draft of Holy Island, having been inspired by the atmospheric beauty of Lindisfarne, a place she knew well from childhood. Holy Island, was released in January 2015 and reached number one in the Amazon Kindle UK bestsellers chart. Since then, she has released a further nine novels in the DCI Ryan series, all of which have been top three bestsellers and seven of which were UK number one bestsellers. Cragside, Dark Skies, Seven Bridges, The Hermitage and Longstone all reached number one in the U.K. bestsellers chart whilst only available to pre-order.