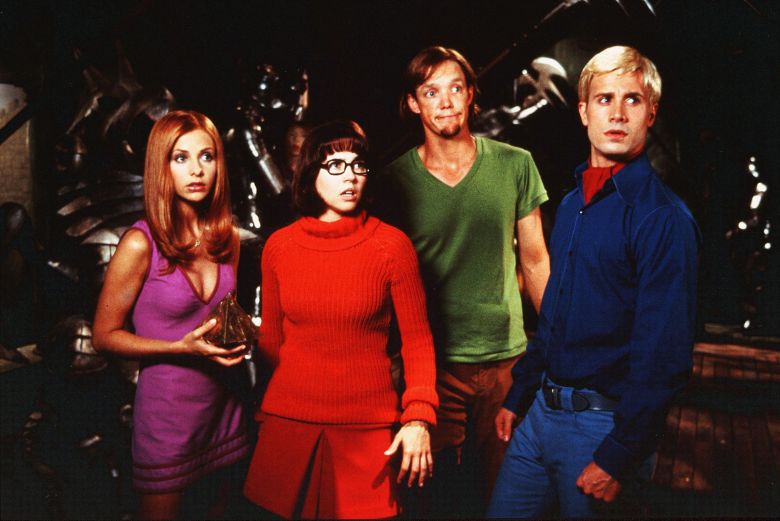 Long before James Gunn became one of Hollywood’s most exciting tentpole directors thanks to his work on the “Guardians of the Galaxy” franchise, he got his start in the studio system writing the scripts for Warner Bros.’ live-action “Scooby-Doo” movies. The 2002 “Scooby-Doo” release was directed by Raja Gosnell and was a box office hit with just over $257 million worldwide. The film was followed by a 2004 sequel, “Scooby-Doo 2: Monsters Unleashed,” which reunited Gunn and Gosnell. Gunn recently revealed on Twitter that it was his plan from the start to make Velma “explicitly gay” in his “Scooby-Doo” movies, but Warner Bros. did not allow it and slowly phased out any story points that pertained to Velma’s homosexuality.

Responding to a fan on social media who urged Gunn to return to the Scooby-Doo franchise and make a live-action gay Velma, Gunn wrote, “I tried! In 2001 Velma was explicitly gay in my initial script. But the studio just kept watering it down and watering it down, becoming ambiguous (the version shot), then nothing (the released version), and finally having a boyfriend (the sequel).”

Gunn wrote to another fan that some of the deleted scenes on the 2002 film’s home video release hinted at what he was trying to do with Velma’s sexuality in the original script. The director added that he’s surprised how strong the fandom for his “Scooby-Doo” movies continues to be via social media, writing, “I am shocked by how much the grown Scooby fans have increased their presence over the past year or so.”

The “Monsters Unleashed” sequel disappointed at the box office with just $181 million worldwide, effectively ending Gunn’s live-action series. Both films starred Linda Cardellini as Velma opposite Freddie Prinze Jr. as Fred, Sarah Michelle Gellar as Daphne, and Matthew Lillard as Shaggy. Neil Fanning voiced Scooby-Doo. Warner Bros. revived the franchise this year with the animated “Scoob,” which topped VOD charts after skipping theaters in May and is now available to stream on HBO Max.

I tried! In 2001 Velma was explicitly gay in my initial script. But the studio just kept watering it down & watering it down, becoming ambiguous (the version shot), then nothing (the released version) & finally having a boyfriend (the sequel). 😐 https://t.co/Pxho6Ju1oQ