‘Hamilton’ Cast and Casting Directors On the Diversity of the Cast

With “Hamilton” available on Disney+ this weekend, the biggest sensation in Broadway history finally found a mass audience. For five years, Lin-Manuel Miranda’s Pulitzer-winning refashioning of the Founding Fathers was the rare cultural event that only a select few could witness. Now, anyone can can see the original cast of mostly Black and brown faces assuming the roles of historic white figures, a decision that adds depth and provocation to every moment.

The diversity presented a unique challenge: While the Puerto Rican Miranda always intended to play the lead, he and director Thomas Kail never specified ethnicities for any of the roles. Character breakdowns included a wide range of cultural references: Hamilton was “Eminem meets Sweeney Todd,” his wife Eliza was “Alicia Keys meets Elphaba,” peer-turned-killer Aaron Burr was “Javert meets Mos Def,” and George Washington was “John Legend meets Mufasa.” By the end of the original casting process, all of those roles went to people of color.

That outcome was guided by Telsey + Company’s Bethany Knox and founder Bernie Telsey, who previously cast Miranda’s Broadway debut “In the Heights.” With “Hamilton,” the pair had no specific directives about the racial breakdown. “It was never led by numbers or whatnot,” Telsey said in a phone interview. “It was about wanting to see that everybody from America was on that stage. That’s what made it tricky.”

However, with “Hamilton” reworking the homogenous notion of America’s origins through a more complex prism, that gave them enough of a starting point. “Lin was pretty set on making sure the diversity was there to tell the story,” Knox said. “We really just started auditioning people, and the characters sort of fell into place.”

Miranda, who has chosen his words carefully ever since “Hamilton” took off, declined to comment for this story. However, in a 2013 interview with Radical Media, he hinted at his approach during the writing process. “I’m not thinking in terms of race at all when I cast it,” he said. “I’m going to cast the best rappers I can find, whether they’re white or not. It’s a thorny issue, but I think that race and gender should be considered the same way that height and age are — they’re a factor.”

In 2016, the show weathered some backlash for a casting call that encouraged “non-white” actors to audition for main roles. Since then, the wording was changed, but the idea remains intact: The show leans into diversity as guiding principle, yielding conversations about how the longstanding notion of “colorblind casting” no longer has legs.

“The term wasn’t wrong at one time,” said Telsey, who recalled attending a roundtable in the ‘80s about “non-traditional” casting approaches. “It was created with the idea that anyone can do anything, and we should be open to that. But now it’s much more about consciously making a choice to do something, being seen for the color you are. ‘Hamilton’ does that.”

The concept of “color-conscious casting” has gained traction in recent years, but “Hamilton” stars stressed that the musical served to repudiate the mainstream approach. “I don’t know how I feel about the term,” said Anthony Ramos, who originated the dual roles of John Laurens and Philip Hamilton before scoring the lead in the upcoming “In the Heights” adaptation from Warner Bros. “But I know how I feel about it in reference to Broadway and Hollywood. They definitely have to work harder as a business to open this up.”

Post-“Hamilton,” Ramos’ star rose with gigs ranging from Netflix’s “She’s Gotta Have It” to “A Star Is Born,” but he said he has been frustrated by the lack of diversity behind the scenes. “Many of the white executives sitting in their chairs have the power to make these decisions,” he said. “You have the power to hire that Black or brown person to come onto your team. Open it up.”

The implications of the “Hamilton” cast were clear to Leslie Odom, Jr. even before he landed the role of Aaron Burr. Odom said when he sat through a rough version of “The Hamilton Mixtape” in 2014 at a theater workshop in Poughkeepsie, with Utkarsh Ambudkar in the Burr part, it had unmistakable intent. “There is irony, dissonance, and boldness attached to the way Lin and Tommy chose to populate the stage,” he said. “That is done consciously. There’s nothing blind about it.” 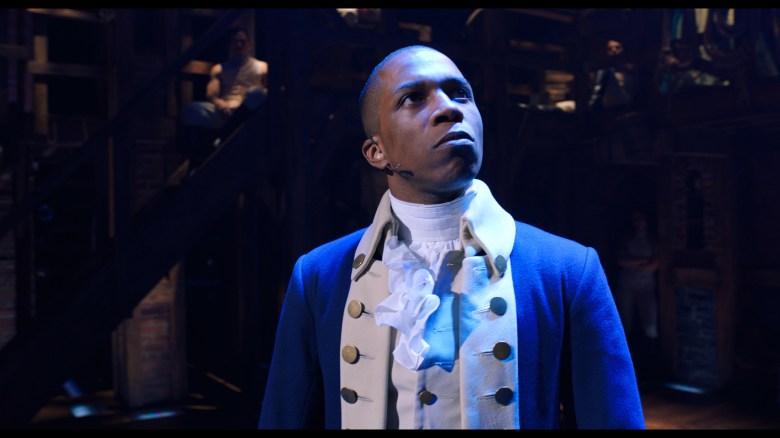 In 2020, with Run the Jewels rapping about “all these slave masters posing on your dollar” on their album “RTJ4,” the images of those very same men in “Hamilton” take on subversive connotations. “Their deficiencies are well-documented and glaring,” said Christopher Jackson, who originated the George Washington role. “It was a very powerful choice to take the idea of these men and present them through the bodies and vessels of Black and brown actors. It represents the fact that our role in building this country has never truly been acknowledged, and I think it opened up the audiences’ minds to the spirit of what these men meant, even if they were woefully incapable of living it out in their own experiences.”

Aside from the overarching narration, “Hamilton” doesn’t break the fourth wall as much as it turns to double meanings. Its biggest applause moment comes when Miranda and Daveed Diggs (as Marquis de Lafayette) high-five to the line, “Immigrants — we get the job done.” For Odom, “there’s a deliciousness to watching Hamilton and Lafayette say that line.” In the wake of “Hamilton,” Odom said he has been compelled to contemplate the decision to cast someone who looks like him at every opportunity. “Real questions come up when you cast a person of color,” he said. “I want to face those questions head on, and search for the answers to them.”

In the initial “Hamilton” auditions, Knox said, “we didn’t need to clarify ethnicity. It was never really a conversation.” That even extended to the most prominent white role in the show — King George, who comes across as a flamboyant psychopath lording over his colonies and desperate to keep them in line. The gig went to Jonathan Groff, who scored a Tony nomination — but despite the symbolism of a white man treating his subjects like property, that choice was never specified.

“The king is white, but doesn’t have to be,” Knox said. “In many of our earlier versions, King George was not white.” As the company continues to cast touring versions of “Hamilton,” Knox keeps her options open. “I don’t know that there couldn’t be a person at some point playing the role that wasn’t white,” she said. “I think they’d be open to that. The effort is to get the best person.” 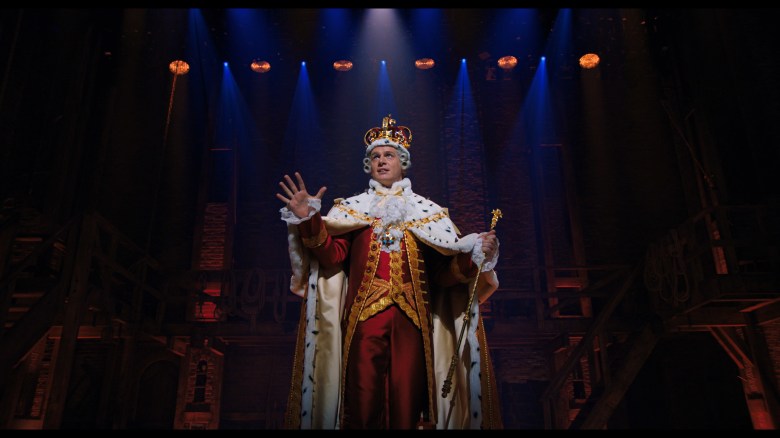 When “Hamilton” first hit the road in fall 2016 in Chicago, the show’s success brought a new set of issues. “It’s about reinventing each character,” Knox said. “A small Asian man can be a Lafayette,” as opposed to Diggs, a tall African American. “It’s about keeping the standards high and continuing to discover the best people for this material that can properly tell this story.”

The casting company has found that “Hamilton” comes up on a lot of its projects, which stretch across theater, film, and television. “It’s definitely opened up the conversation a lot more in casting and other shows we work on even when the story’s completely different,” said Telsey. “You wind up talking about it a lot.”

Ramos noted the resonance of the approach in Lee’s decision to cast him as Mars Blackmon in the Netflix series “She’s Gotta Have It,” a role that Lee himself originated. “Many people have experienced times where there’s only one Asian role, one Latino role, or one African American role,” Ramos said. “How do we acquire that space if there’s only one available?”

For Odom, the answer has come in a willingness to take on material that may or may not yield strong results. “I know I’m not only going to work on Pulitzer Prize-winning dramas for the rest of my career,” he said. “I’m going to take swings on things that might not pan out. We didn’t know that ‘Hamilton’ would at the start, and that really reorders your priorities.”

For the casting team behind “Hamilton,” the show’s national availability on Disney+ provides an opportunity consider the proactive nature of casting today. “It’s not just about casting diverse,” Telsey said. “It really means having a conversation and making a choice. That’s what’s happening now in America with everything. ‘Hamilton’ is only going to remind people that when make that decision, it can be the right one.”

“Hamilton” is now available to stream on Disney+.