The Green Monkey and Other Fairy Tales by Andrew Lang 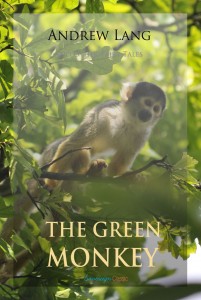 Many years ago there lived a King, who was twice married. His first wife, a good and beautiful woman, died at the birth of her little son, and the King her husband was so overwhelmed with grief at her loss that his only comfort was in the sight of his heir. When the time for the young Prince’s christening came the King chose as godmother a neighbouring Princess…