Hulu is gearing up to premiere a new docuseries from the New York Times, which currently creates “The Weekly” for the streaming service. 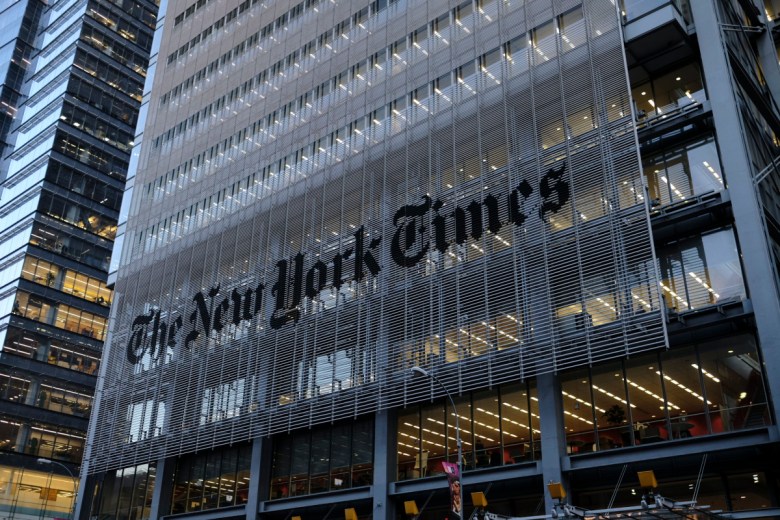 The New york Times building in Showtime’s “The Fourth Estate”

FX and Hulu are partnering with the New York Times to create a 10-episode documentary series that will explore breaking news, character-driven stories, and feature reporting from the publication’s journalists. The first episode of the series, which is titled “The New York Times Presents,” will premiere on Friday and centers on the coronavirus pandemic.

The docuseries hails from the team behind “The Weekly,” Hulu’s television spinoff of the New York Times’ popular “The Daily” investigative journalism podcast. While “The New York Times Presents” is not an FX on Hulu series, each of its episodes will simultaneously premiere on FX and Hulu, which are both owned by Disney.

Here’s the synopsis for “They Get Brave,” the coronavirus-focused episode that premieres on Friday at 10 p.m. local time: As the coronavirus ravages more and more American cities, we look back to the place hit hardest: New York City. Doctors and nurses documented their lives, capturing awe‐inspiring resolve in the face of a breakdown in the health‐care system. The episode will be produced and directed by Samantha Stark, Alexandra Garcia, John Pappas and Lora Moftah.

The series will also feature a documentary about the killing of Breonna Taylor by police in Louisville, Kentucky. The award-winning director and producer Yoruba Richen and New York Times reporter Rukmini Callimachi, a four-time Pulitzer Prize finalist, are partnering on a film that will explore Taylor’s life and investigate the circumstances of her death. Taylor’s family and others will help reconstruct how the police, executing a search warrant, arrived at Taylor’s apartment shortly after midnight on March 13 and shot her five times.

“The New York Times Presents” will also include episodes that focus on comparatively lighter subject matter. Here’s the synopsis for “This is Dominic Fike: The Next Big Thing?,” which will premiere on August 8 at 10 p.m. local time: The making of a pop star in 2020: A young musician is plucked from obscurity and given a $4 million record deal. Meet Dominic Fike as he prepares for his first international tour and makes his debut album. Garcia will direct and produce the episode.