From Uncut Gems to Star Wars, It’s the Most Lucrative Time of the Year

“Little Women” and the animated “Spies in Disguise” are this year’s Christmas Day openers, along with the national expansion of “Uncut Gems.” None of these will be the top grosser at any point of the five-day period Wednesday through Sunday, but each has a shot at reaping the benefits of the movie year’s most lucrative period.

Stakes are high this time of year; unpredictability is higher. The order of films can differ day by day.  Competing will be the assumed #1 “Star Wars: The Rise of Skywalker” as well as “Jumanji: The Next Level”  and “Frozen II.” And then there’s “Cats” — could notoriety plus family-friendly timing trigger a surprise rebound?

“Skywalker” will a certainly top all movies; even if it fell by two-thirds, it would still gross about $60 million for the three days. Its Monday figure was a terrific $29 million, which belies any sign of mixed audience response. “The Force Awakens,” which also opened during the holidays, fell 40%. (“The Last Jedi” dropped 67% in its second weekend, but that was prior to the holiday period.) The timing should guarantee a decent hold, but the B+ Cinemascore and possibly less repeat business might see a drop of at least 50%. That still would place it between $85 million-$90 million.

What is at risk (and wouldn’t all studios like this problem) is the possibility it might not reach the $500 million domestic that’s expected for the final entry in the current “Star Wars” trilogy. Still, it’s hard to get your head around the idea that a $70 million second weekend would somehow not qualify as strong.

It’s the number-two spot that gets complicated. The “Jumanji” and “Frozen” sequels respectively grossed $26.1 and $12.3 million last weekend, and both as family films should thrive. The first “Jumanji” in 2017 opened on the cusp of Christmas, so its second weekend rose 40%. This time it’s weekend three, but a gross in the $25 million range feels doable. “Frozen II” is heading into its sixth week. In 2013, the post-Christmas weekend (also later in its run) rose 46% from the weekend before. If the same happens here, that would boost it to $18 million or more. 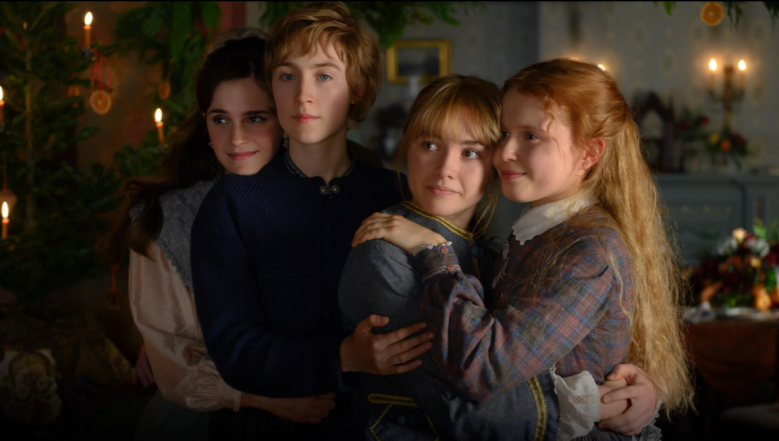 So where does that leave the openers? With its ideal opening-day placement at Christmas, Greta Gerwig’s take on Louisa May Alcott’s classic could have its strong day on Wednesday. The more family-oriented “Spies” could soar on Thursday as parents look for some outside-the-house activity for kids. By Friday, more normal weekend interest might decrease their position — or see them go higher. That’s what makes Christmas such a crapshoot.

“Little Women” is the toughest to predict, with the highest potential. At its best, it might challenge “Frozen II” as third best with $16 million-$18 million for the weekend after a similar result for the first two days. That would be a decent showing. The film, with a thrifty $40 million reported budget before marketing, would have a real shot at $100 million domestic. And with its international cast including Saorise Ronan, Timothee Chalamet, Florence Pugh, Emma Watson, and Louis Garrel, it should have foreign appeal as well.

This has excellent reviews, some awards potential, and of course very strong appeal to female viewers. However, resistance could be intense among men and some younger audiences. But with no other adult-appeal wide release, it has a shot.

“Spies in Disguise” comes from Blue Sky Studios, with 20th Century Fox (now, of course, Disney owned) with “Ice Age,” “Rio,” and its franchises as mainstays. “Ferdinand” at Christmas two years ago opened earlier, and still did $11 million on the post-Christmas weekend. With voices by Will Smith and Tom Holland, this is a spy thriller comedy with an animal character (Smith plays an agent accidentally turned into a sassy pigeon). Two cartoon titles usually collide at Christmas; in this case, it’s a Fox-based title against its parent company’s juggernaut “Frozen II,” and shows the studios confidence in using the full calendar to elevate the new division.

To what result? Likely a little under “Little Women” overall, but close, and most likely at its best on Thursday and Saturday, when families are most likely to go out. Expect $12 million-$14 million for the weekend, double that for the four days. Past top Blue Sky titles have have had a cost of over $100 million, so it will be look for a strong foreign showing as well. 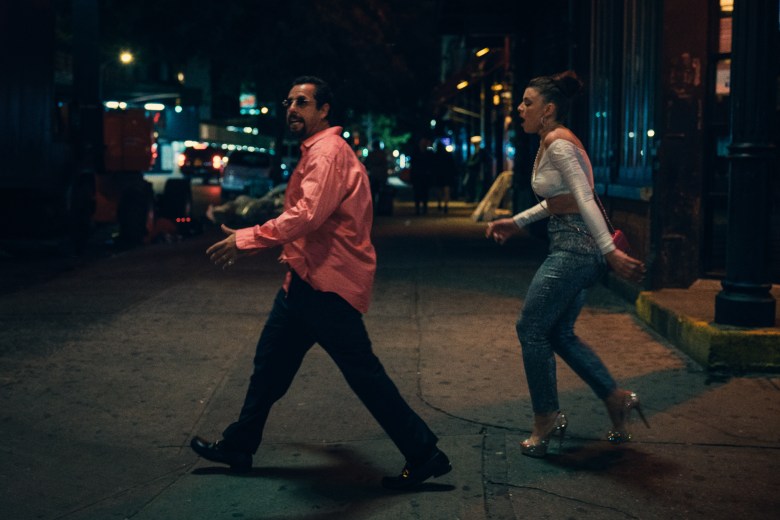 “Uncut Gems” is a question mark. A24 is counting on Adam Sandler’s name, strong reviews, and being an awards contender. On over 2,000 screens, expect $10 million over the five days, possibly higher. But even it’s lower, it may increase Sandler’s real shot at an Oscar nomination. It does face competition with “Bombshell,” which should match its $5.1 million total over last weekend.

“Cats”? Who knows. Normally, the beating it’s received from critics and social media would doom it. Awareness isn’t the problem here. It feels like the die is cast for a swift death before a potential revival as a cult classic. But it sure sounds like a great New Year’s Eve event.

Three final platform titles — one central to this year’s Oscar race, the other two positioned for it — also debut. Sam Mendes’ World War I battlefield epic “1917” opens in 11 theaters in seven cities for initial dates as a real contender for Best Picture. Two films centered on the death penalty — defending an innocent prisoner in “Just Mercy” with Michael B. Jordan, Jamie Foxx, and Brie Larson, and “Clemency” with Alfre Woodard as a compassionate death-row warden — open in New York and Los Angeles. With that, 2019 and the decade in film are over.