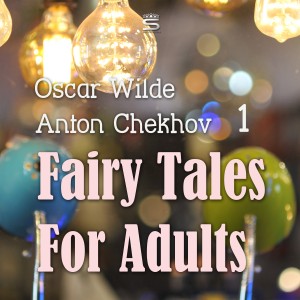 Fairy tales are rarely written exclusively for children. They offer a variety of strong characters, themes and challenges as well as an insight into the mystery of the soul. These tales often contain profound truths that survived many hundreds of years, and a universal appeal that makes them both enjoyable and enlightening. Modern concepts of mindfulness can often be found as original themes among these tales. This volume includes the following stories and tales: Anyta by Anton Chekhov, The Devoted Friend by Oscar Wilde, Polinka by Anton Chekhov, The Sphinx Without a Secret by Oscar Wilde. Read in English, unabridged.

Anton Chekhov, a Russian writer, playwright and physician, considered to be one of the greatest short story writers in the history of world literature. His career as a dramatist produced all-time classics The Seagull, Uncle Vanya, Three Sisters and Cherry Orchard. His short stories are held in high esteem by writers, critics and audiences of all generations. Chekhov practised as a doctor throughout most of his literary career.’Medicine is my lawful wife, and literature is my mistress’, he once said.