Based on Tana French’s “In the Woods” and “The Likeness”, Phelps discusses taking the eerie tale from script to screen.

[Editor’s Note: The following interview contains spoilers for the entire season of “Dublin Murders,” including tonight’s season finale, and the novel “In the Woods.”]

In the opening moments of “Dublin Murders”, we see Detective Cassie Maddox (Sarah Greene) sever her relationship with her partner, Detective Rob Reilly (Killian Scott). Eight episodes later, we see why: the web of lies — both personal and professional — built by the two dissolve in the most public of ways, endangering the integrity of their work on the Katy Devlin and Lexie Madison murder cases. Rob has been revealed to be Adam, the sole survivor of a decades-old incident in the Knocknaree Woods where two other children went missing; Cassie’s undercover work as Lexie has been blown by her housemates.

In an exclusive interview with IndieWire, showrunner Sarah Phelps talks about the process of adapting Tana French’s massively popular novels for TV, finding the perfect actors to play Rob and Cassie — and what happens when a wolf might break the budget.

This interview has been condensed and edited for clarity.

IndieWire: How did you first come to know about Tana French’s books?

Sarah Phelps: Kate Harwood and Noemi Spanos, from Euston Films, got in touch with me because I’ve worked with them before and said, ‘Have you heard of Tana French?’ They sent me “In the Woods” and “The Likeness.” I was really taken aback by them. Tana is a wonderful, wonderful writer. She writes with such beautiful descriptive seduction. What I really liked about them is yes, on one level, they’re a detective thriller, on another level, they’re a really deep dive into the human condition, and on another level again it’s a portrait of a nation trying to explain itself to itself and on another level they’re a modern retelling of really, really ancient fairy stories. I found them completely compelling, and within 10 pages I thought, ‘Oh God, I’d really like to work on these.’

Within the eight episodes of “Dublin Murders”, you opted to tell the stories of those first two books instead of producing them one at a time. Why was that?

We had this huge discussion about how it could be done. There was a question — do you do Rob’s story and have Cassie as a secondary figure? And then do “The Likeness”? I said I’d like to put them together because Rob and Cassie are really, really equal. Rather than waiting for a second series to see how Rob had impacted on Cassie, they impact on each other at the same time. You’ve got a dynamic feeling to the secret that they’re keeping together. When they make mistakes, it has a devastating fallout right here, right now, not in terms of television production two years down the line. 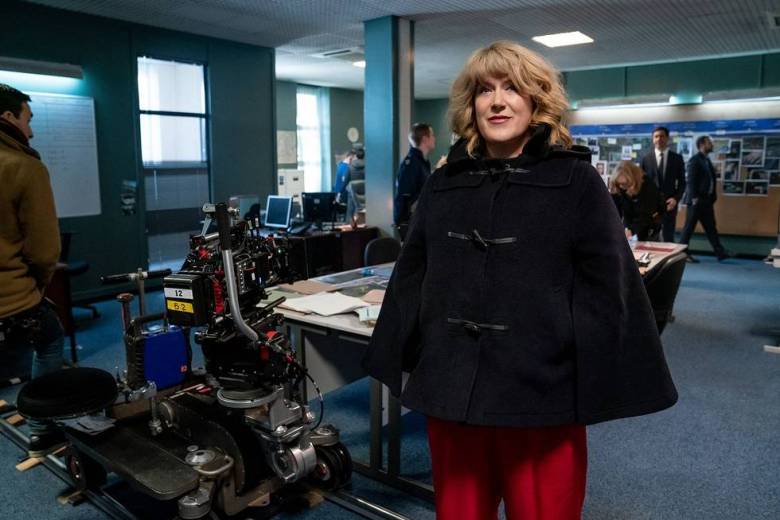 In the book, many readers found the ambiguous ending of “In the Woods” to be infuriating since there is no resolution to what happened to Rob as a child. As a writer, how did you tackle a version of that same ending for the show?

I really wanted you to be heartbroken by the end of it. Nobody comes out a winner. They’ve been through hell. How do you live with loss? How do you live with grief? If you’ve constructed an entire new persona to survive your past, then what happens when that persona is dismantled? How do you live then, when the one person you love in the world, you lose them? I really wanted to feel that humanity for every single person concerned. I wanted to feel every single frayed nerve ending. I wanted to unpack the narratives of how somebody so alive can be so very dead.

The production took place over a rigorous seven months in Belfast, and you were writing and producing at the same time. How did you juggle that?

As you get deeper into production, it becomes its own beast. You can feel that it becomes its own rhythm. By the time I got to the final couple of episodes, I was writing really, really fast. I knew everything that I wanted to happen; I’d had a game plan from the start, from the very first opening scene. When you’re getting to the end of the road and see it coming, you’re sort of griefstricken that it’s nearly all over — and triumphant at the same time. It was a very long shoot, and an exhausting shoot, and a lot of things to contend with — like the weather. But my God, what a cast and a crew. They were absolutely peerless.

What convinced you that Sarah Greene should play Cassie and Killian Scott should play Rob?

You can be watching auditions and thinking ‘Oh, they’re good, they’re good, they’re good…” and then, suddenly, an actor appears on the screen and almost before they open their mouth you get a shiver that goes up the back of your neck, and you think ‘Oh, they’re here.’ We saw Sarah Greene very, very early on in the audition process, and the minute she looked down the barrel of the camera, I thought ‘Here’s Cassie.’ It was an immediate visceral reaction. And it was the same with Killian. He was sort of looking down at his notes, and then he was given his cue by the casting director and he looked down the camera and opened his mouth and I said ‘Here’s Rob.’ Casting is like the most deranged game of Jenga ever and it can be a real brain-melter. Chemistry is in the lap of the gods. When that happens, you just want to punch the air for having the greatest job in the world and working with the greatest people in the world. 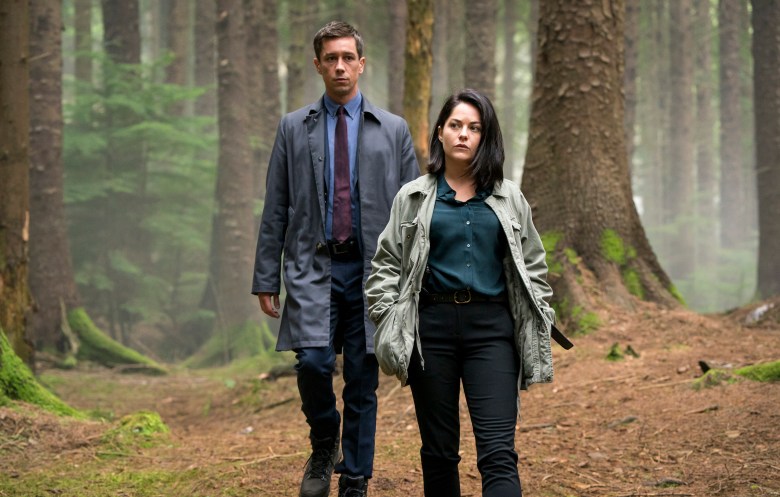 Was there ever a time when you were writing that you had to kill your darlings in the name of getting the show out the door?

You go for it in your early drafts. You say: ‘What I’m going to do here, I’m going to have a wolf.’ You know there are going to be times when you’re going to have to balance out the demands of the budget. I kept expecting somebody to ring me up and say: ‘You know you had that wolf? You can’t have a wolf.’ And other people will go ‘We found a wolf! A real, trained wolf!’ The people trying to spin the plates of budget and schedule and availability, they don’t need you to be precious, they need you to invent. You just have to find a way to solve it.

French’s Dublin Murder Squad series consists of six books…any word of if we’ll see adaptations of the next two, “Faithful Place” and “Broken Harbor”, in another season of the show? You laid the groundwork with the final scene with Rob saying goodbye to Detective Frank Mackey (Tom Vaughan-Lawlor), who is the main character in “Faithful Place.”

I can’t say, but literally everything I’ve got two of is crossed. The [next two books] are two more really dark stories about ghosts and loss and grief and heartbreak and love and madness and I just really, really hope I get to tell them.