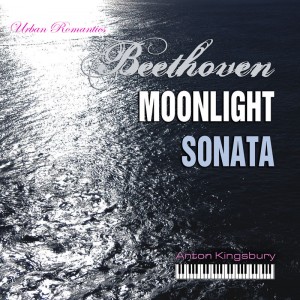 Moonlight Sonata is one of Beethoven’s most popular compositions for the piano. Its original title Sonata quasi una fantasia translates as Sonata Fantasy. The name Mondscheinsonate comes from descriptions used by Ludwig Rellstab, a German music critic and poet who likened the effect of the first movement to that of moonlight shining upon Lake Lucerne. Beethoven’s student Carl Czerny called it a nocturnal scene, in which a mournful ghostly voice sounds from the distance.

Ludwig van Beethoven was a German composer and pianist. Beethoven displayed his musical talents at an early age and was taught by his father Johann van Beethoven and by Christian Gottlob Neefe. During his first 22 years in Bonn, Beethoven intended to study with Wolfgang Amadeus Mozart and befriended Joseph Haydn. Beethoven moved to Vienna in 1792 and began studying with Haydn, quickly gaining a reputation as a virtuoso pianist. He lived in Vienna until his death. In about 1800 his hearing began to deteriorate, and by the last decade of his life he was almost totally deaf. He gave up conducting and performing in public but continued to compose; many of his most admired works come from this period. Beethoven was a crucial figure in the transition between the Classical and Romantic eras in Western art music, he remains one of the most famous and influential of all composers.