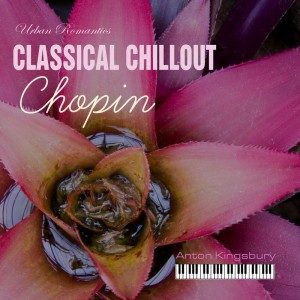 Chopin’s finest piano chillout music inspired by the night. Chopin nocturnes are considered among the finest piano works. This is Chopin’smost famous nocturne dedicated to Marie Pleyel. This nocturne resembles the style of Field’s Nocturnes. The nocturne is reflective in mood until it suddenly becomes passionate near the end. The new concluding melody begins softly but then ascends to a high register and is played forcefully in octaves, eventually reaching the loudest part of the piece, marked fortissimo. After a trill-like passage, the excitement subsides; the nocturne ends calmly.

Frederic Chopin was a French composer of Polish descent and virtuoso pianist of the Romantic era, who wrote primarily for the solo piano. He gained and has maintained renown worldwide as one of the leading musicians of his era, whose poetic genius was based on a professional technique that was without equal in his generation. Chopinwas born in what was then the Duchy of Warsaw, and grew up in Warsaw, which after 1815 became part of Congress Poland. A child prodigy, he completed his musical education and composed many of his works in Warsaw before leaving Poland at the age of 20, less than a month before the outbreak of the November 1830 Uprising.