In Todd Haynes’ “Dark Waters,” actor Victor Garber is cast as the obvious villain, a glad-handing lawyer for DuPont, who keeps our hero, Robert Bilott (Mark Ruffalo), from discovering the truth. Yet, before the film’s one-hour mark, that truth is already delivered. Soon enough, Bilott possesses the internal documents proving DuPont knowingly poisoned a community, and ultimately the world. Garber sits in stone-faced silence as he hears it delivered. And then, besides two brief reaction shots, disappears. We never see him again.

Later in the film, he’ll be briefly replaced by DuPont’s tongue-tied CEO/Chairman Charles Holliday (Barry Mulholland) during a brutal deposition scene, during which the spineless twerp desperately wants to get out of his chair when confronted with the unfiltered evil he has reigned over. While these two characters represent powerful forces, as individual villains they are weak, and as the burden Bilott faces becomes soul-crushing, his path to victory impossible, they don’t even appear on screen.

Instead, Haynes’ film finds its true oppressive forces through almost entirely visual language. Together with his long-time cinematographer Ed Lachman, Haynes creates a cinematic world where the sense of an unbeatable system stems from the film language they use to create an abstract nightmare that exists beyond the frame, but can very much be felt inside it. They don’t require actorly stand-ins. 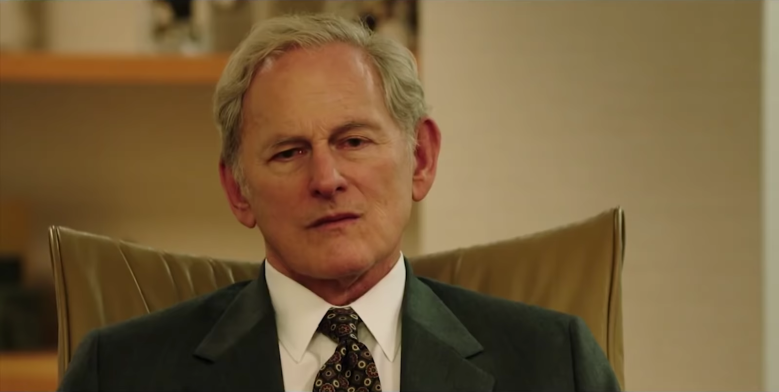 In creating that sense of paranoia, big touchstones for Haynes included three 1970s films: “Klute,” “The Parallax View,” and “All the President’s Men,” all of which cinematographer Gordon Willis shot for director Alan Pakula.

“The thing about that paranoia trilogy by Pakula and Willis is that you are extremely aware of space — of interior space, of public space and corporate space,” said Haynes in an interview with IndieWire. “You feel this conspiracy of space that isolates and seems to barring down on these subjects. They seem more alone and more isolated as the stories unfold.”

Haynes even has his own paranoid parking garage scene, one that could be straight out of a Pakula film. The simple act of Bilott trying to exit DuPont’s empty garage — via editing, lighting, and emphasizing the obscured sense of space — feels life-threatening. As the film progresses, Bilott’s law office, built 10 floors above where the real Taft Law Firm was housed, becomes a modern-update on German Expressionism. 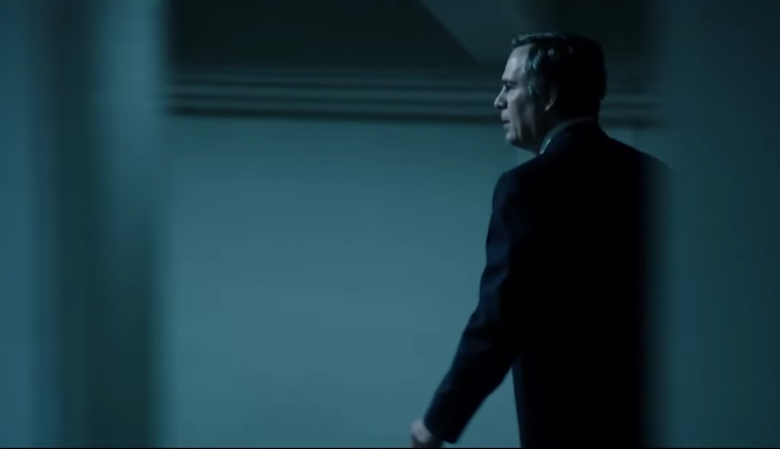 “Everything in this movie began with a very specific touchstone of the place where we were,” said Haynes. “What the Taft Law Offices actually looked like inside were so visually provocative they seem to replicate a sense of searching and blocking light and sudden vistas of space opening up. Weird sort of claustrophobic spaces or labyrinthian break up of hallways, 45 degree angle hallways, triangular conference rooms and irregular windows with very few right angles and sudden surprising pockets of shadow. This would have been our choice aesthetically if it weren’t the Taft Law offices, but this was literally what Rob looked at every day.”

These locations perfectly fit the Willis-like compositions Lachman would help create for Haynes. Willis was so much more than the extreme darkness he’s become famous for in “The Godfather” movie; he used the darkness to create incredibly complex compositions.

“Those [Pakula-Willis] films fulfill that need for the audience to observe the story being told and the way Willis gives these kind of tableaus with layers,” said Lachman. “He allows the audience to complete the image. There’s a certain respect for the process visually. I then wanted to capture the naturalism of the world, but always in some kind of heightened realism.” 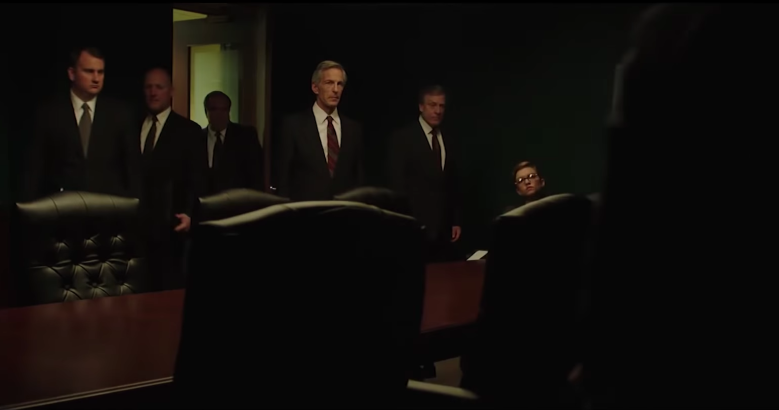 Both Lachman and Haynes felt the more observational mode of this approach fit the procedural story, where the audience learns the information alongside Bilott. While both admired Michael Mann’s great whistleblower film “The Insider,” Mann’s intense subjectivity was wrong for the “emotional coolness” that Haynes wanted.

“We’re observing, not only is the story being found out, and what do you do about it, what do these characters do next when the story gets revealed to them,” said Haynes. “You ultimately feel this incredibly slow crushing pain of the cost of these people who dare challenge these systems of power. But ultimately the experience gets shifted to a systemic point of view. That’s why the sense of space and location, and the color palette and the feeling that there isn’t mobility. There isn’t great velocity in these movies.”

Whereas most movies, as they move toward their conclusion, speed up, “Dark Waters” almost slows. Time literally expands — Bilott is forced to wait years for the results to the iron-clad case he presented and the mountains of medical evidence he accrued. It’s in this soul-crushing third act grind, where you feel the system is going to win even if they “lose,” that Lachman believes the Haynes demonstrates why he was the perfect director to tell this story.

The isolation is also embodied in Lachman’s use of color. Shooting in the winter was not a choice of Haynes, but a necessity of the production schedule, but he and Lachman decided to use it lean into the emotional coolness of the film. Beyond the actual cold coloring, Lachman also wanted to thematically encompass the chemical process of the story in his photography.

Where so many films simply desaturate, or turn the digital dial to give the film a lifeless palette, Lachman instead played with color temperature to create his toxic world. Like in the ’70s footage in his “Wonderstruck,” he’d partially expose images for tungsten lights when outside, and visa versa when inside. But he also didn’t make the common mistake of leaning too far into the coolness.

“There’s overall coolness in the film, be it weather, temperament, or environment, but also in the emotions of the story that are cut somehow by warmth against the coolness,” said Lachman. “I’ve always said this, if you use one color, one palette, you lose the feeling of seeing that color. Colors are always seen in relation to each other, even in relation from one scene to the next. That warmth isn’t a friendly, inviting warmth. It’s more of yellow-green look rather than a red-orange look.”

“This was the first time Ed and I had ever shot a movie on digital cameras, and of course we wanted to shoot film,” said Haynes. “We sort of like to fuck it up, that’s why we like film, the lack of clarity, the lack of perfect focus, the way light plays through old cooke lenses we’re using. The imperfections of vision are more interesting than a corrected, hyper-realized, hyper surreal visibility.”

Lachman, with one-hand tied behind his back of working digitally, unsurprisingly still figured out how to get “Dark Waters” to that point. In addition to the older spherical lenses, he shot at the lowest resolution (2.8K) they could get away with, and through playing with color temperature and pushing exposure, found a way to create the desire look.

“I tried to do everything to degrade the image,” said Lachman. “But always as much in-camera as much as possible, always taking from the world Todd puts in front of the camera.”

At the end of the day, there are still conventions to films like “Dark Waters.” The story of the little guy standing up to big guy, the whistleblower fighting for truth, only gets told because in real life they achieved a victory and cut through the corporate system that entangles the truth. But that visual entanglement that Haynes and Lachman create is so powerful that the victory in the film is intentionally designed to not feel quite so cathartic.

“I love the successes that Rob achieves in this movie, they mean something to me, I think they are hugely important,” said Haynes. “But the news that he gets at the end of the movie, which we’ve been waiting for and watching in suffer in that wait, is the saddest good news. There’s a sense of, holy shit, this is our world, but then what do you do about it?”