The director knew her “Lost in Translation” star was perfect to portray the roguish art-dealer dad. “He’s so lovable, he can make it palatable. I loved seeing his flawed side.”

Sofia Coppola had a crush on actor Bill Murray for decades. She’s worked with him on “Lost in Translation,” which yielded four Oscar nominations (Picture, Director, Actor, and Original Screenplay, the last won by Coppola); the star-crammed 2015 one-hour Netflix Christmas special “A Very Murray Christmas,” which they wrote with Mitch Glazer, co-starring Murray, George Clooney, Michael Cera, Amy Poehler and Rashida Jones; and “On the Rocks” which reunited Coppola, Murray, and Jones, the latter in a role modeled — as Scarlett Johansson’s was in “Lost in Translation” — on Coppola herself.

This time, Murray landed Supporting Actor Golden Globe and Critics Choice nominations for his larger-than-life art dealer trying to help his novelist daughter make sense of her writing, marriage, and parenting. With Murray, Coppola said on the phone, “the character takes over. He had to be charismatic and come take over her life. That’s part of the dynamic of this film. And I knew she was strong enough to hold her own with him. He brings a sense of magic and fun.”

Coppola would never have made “Lost in Translation” if she hadn’t fantasized hanging out with Murray at Tokyo’s Park Hyatt Bar. “I loved his melancholy side,” said Coppola. “I loved dressing him up in a beautiful suit, and capturing a side of him other people don’t see, his sensitive side.”

He verbally committed to her after their first five-hour meeting in downtown Manhattan. With no signed deal agreement, however, Coppola anxiously waited for Murray to arrive in Tokyo for the start of shooting. “If he says he’s going to do it, he’ll show up,” said her friend and repeat Murray collaborator Wes Anderson. 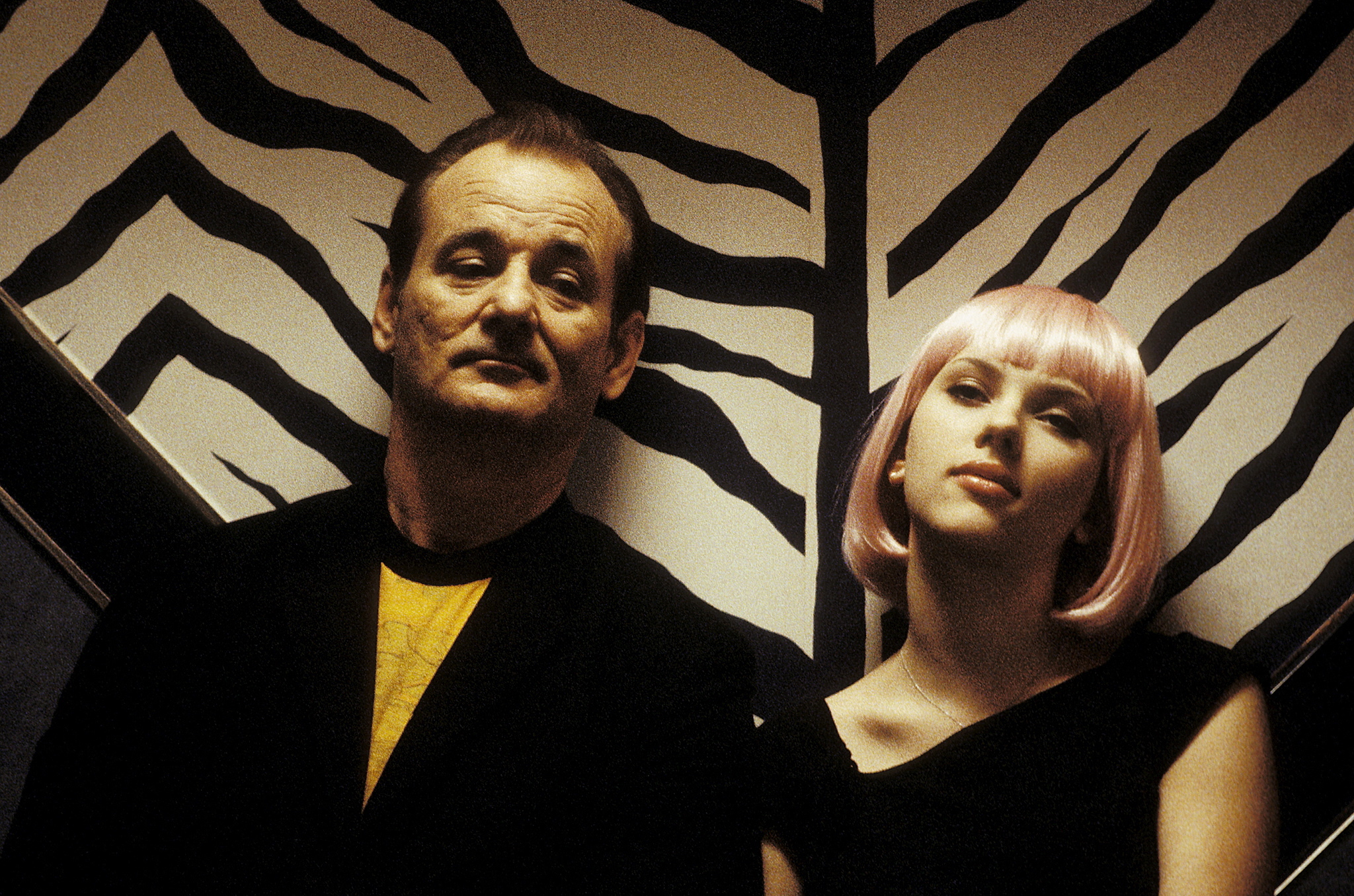 When Coppola describes “Lost In Translation,” it sounds like she could talking about her own relationship with Murray. “It was about when you have a connection with someone,” said Coppola. “You never know. When you encounter someone you can instantly be hit by a look or a sense of humor. It was something that’s romantic without a sexual or real relationship. It does not mean he could actually be with you, but you could still have something of that bittersweet aspect. It’s the best way to connect with someone.

“He’s so smart,” she said. “He got what that character was looking for. We didn’t talk about it. He showed up and knew the tone of it. He found it as we went. He just got it. I feel a connection with him, in that he understands what I’m trying to do.”

Sometime during shooting on “Lost in Translation,” Murray started calling Coppola “boss.” “I was a kid in my late 20s, he was helpful, always mysterious,” she said. “He would help to motivate the crew at 4 am and pick up equipment and say, ‘Let’s go!’ He contributes so much. He always did something surprising that I didn’t expect and added more to it.” 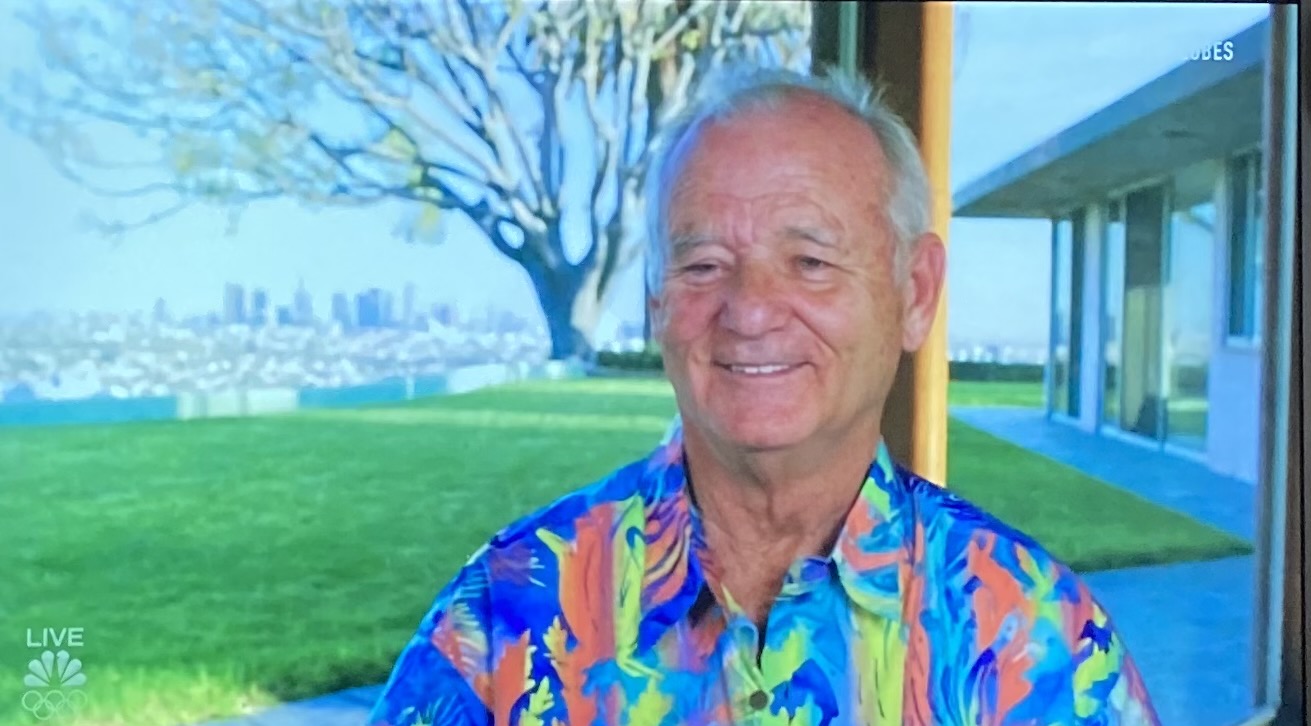 It took years for Coppola to work up the courage to offer Murray another leading role in a feature film. “I was avoiding it,” she said, “I wanted to. It felt like I’d never be able to live up to what people love about him in that film. Working on this script, I thought, ‘I have to figure it out.’”

Coppola wanted to dig into the ways Murray could play a more mature character. “This is a different stage of life,” she said. “He’s a father. I didn’t want to miss a chance to work with him again. He can bring so much more to it, have unlikable qualities, but you like the character, because he’s so lovable, he can make it palatable. I loved seeing his flawed side.”

The first time they met on this project, Murray was wearing a seersucker suit. “I always remember that,” she said. “I thought it would be fun to put him in seersucker as a world-traveling art dealer.” Murray didn’t disappoint as wealthy semi-retired Felix in “On the Rocks”: He’s overbearing, insensitive, an instinctive womanizer, and his distrust of his son-in-law Dean — which is really a statement of how he views himself — gets his daughter Laura into a serious mess. “But he brought tenderness between them,” said Coppola. 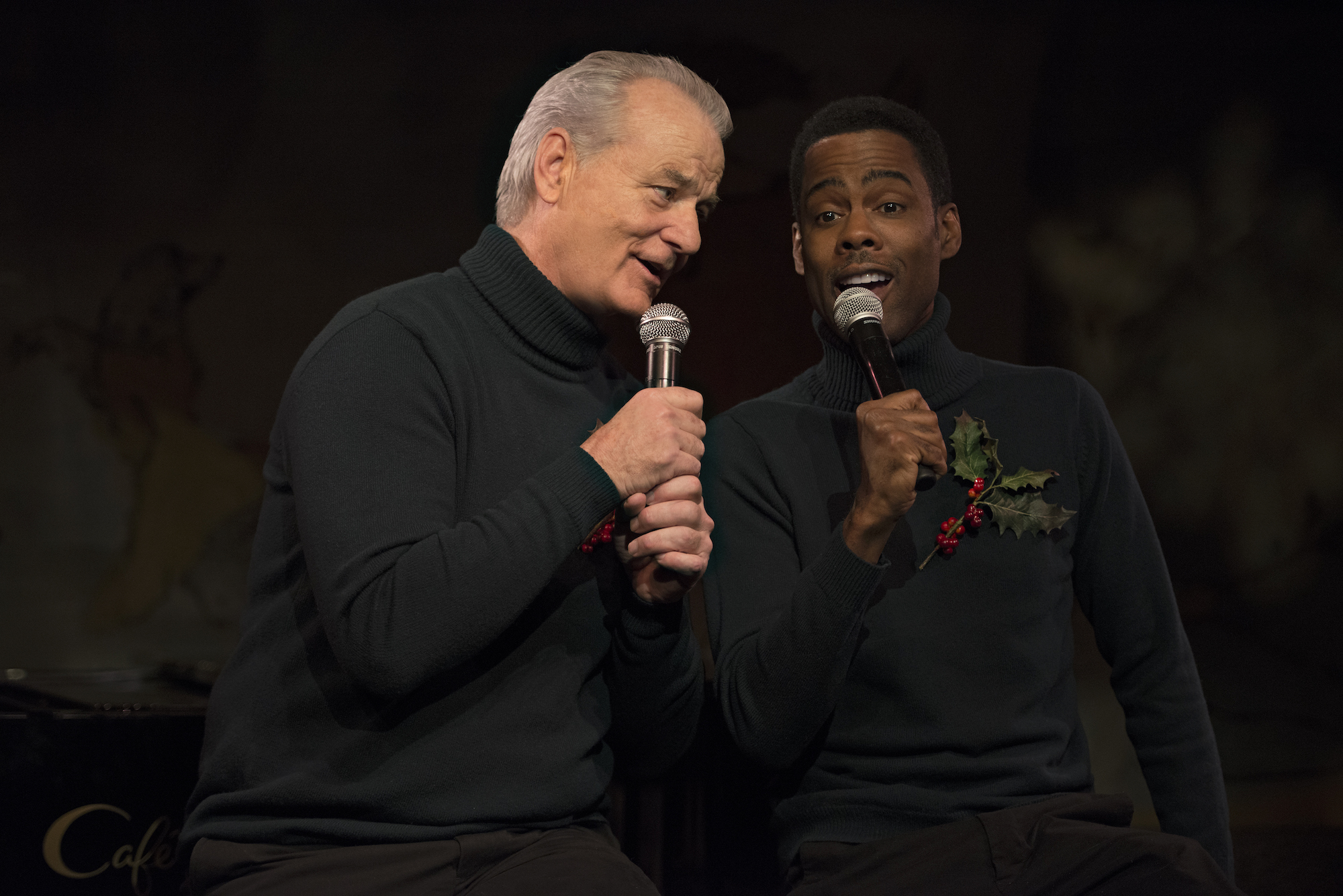 In one scene, when Murray picks up Laura to take her to 21 on her birthday, he offers her a bouquet of roses. “Bill smells the roses,” said Coppola. “When he went to put it in her arms, he embraced the roses. Only he would do that. It’s those kinds of moments that bring so much to it.” When he takes Laura back to a secret room at the Sherry Netherland that contains a Monet, he walks backward. “He has in life that sense of fun and mischief that he brings to it.”

It’s not just flourishes and funny business, though. In one Mexico scene, Felix movingly opens up to Laura about an past girlfriend who died.  “It felt like he was talking about someone real,” said Coppola. “He’s putting his vulnerable side out there. He’ll open up like that when it’s called for. He’s unique, a national treasure.”