“The Nanny” just became available on HBO Max, and it’s not alone — many ’90s favorites are now just a click away.

Fans of the ‘90s aesthetic have a special appreciation for the television that came out of the era, especially classic sitcoms including “The Nanny,” which is now officially streaming on HBO Max. The series, co-created by Fran Drescher who stars as a straight-talking Jewish fashionista from Queens who gets hired as a nanny to the children of a former Broadway star, is one of the many classic TV shows that you can find on streaming platforms.

That’s the great thing about streaming, it’s an easy way to get to your favorite shows, but it can also be overwhelming, what with all the content floating around to choose from. Chances are you’re already familiar with Netflix, but there are a few more streaming options out there that cost around the same price.

For $14.99 a month, you can sign up for HBO Max and instantly start streaming from the massive library of TV shows, original series, and blockbuster films. HBO Max is also offered as an add-on for Hulu subscriptions, which start at $5.99 a month for ad-supported streaming, or $59.99 a year. You can also sign up for a Hulu bundle deal to get access to Disney+ and ESPN+ programming. A standalone subscription to Disney+ starts at $7.99 a month, or $79.99 a year. Amazon Prime’s $12.99 monthly membership comes with free two-day shipping, and access to the colossal streaming library that is Prime Video, which has a great catalog of films and TV series that may be harder to find if you’re not already signed up for other platforms. Amazon Prime also offers a solo-tier Prime Video membership for $8.99 a month.

Paramount+ is another streaming platform, with a lot of ‘90s content perfect for those who enjoy Nickelodeon shows such as “Clarissa Explains It All,” “Kenan & Kel,” “Rocko’s Modern Life,” “Salute Your Shorts,” “Rugrats,” and “Are You Afraid of the Dark?” If you’re into reality shows, Paramount+ has “The Real World” “Survivor,” “Big Brother,” and more reality TV programming for you to enjoy.

To get your weekend started off on the right foot, we rounded up a list of some of the best ’90s sitcoms currently streaming on HBO Max, Hulu, Disney+, and Amazon Prime. 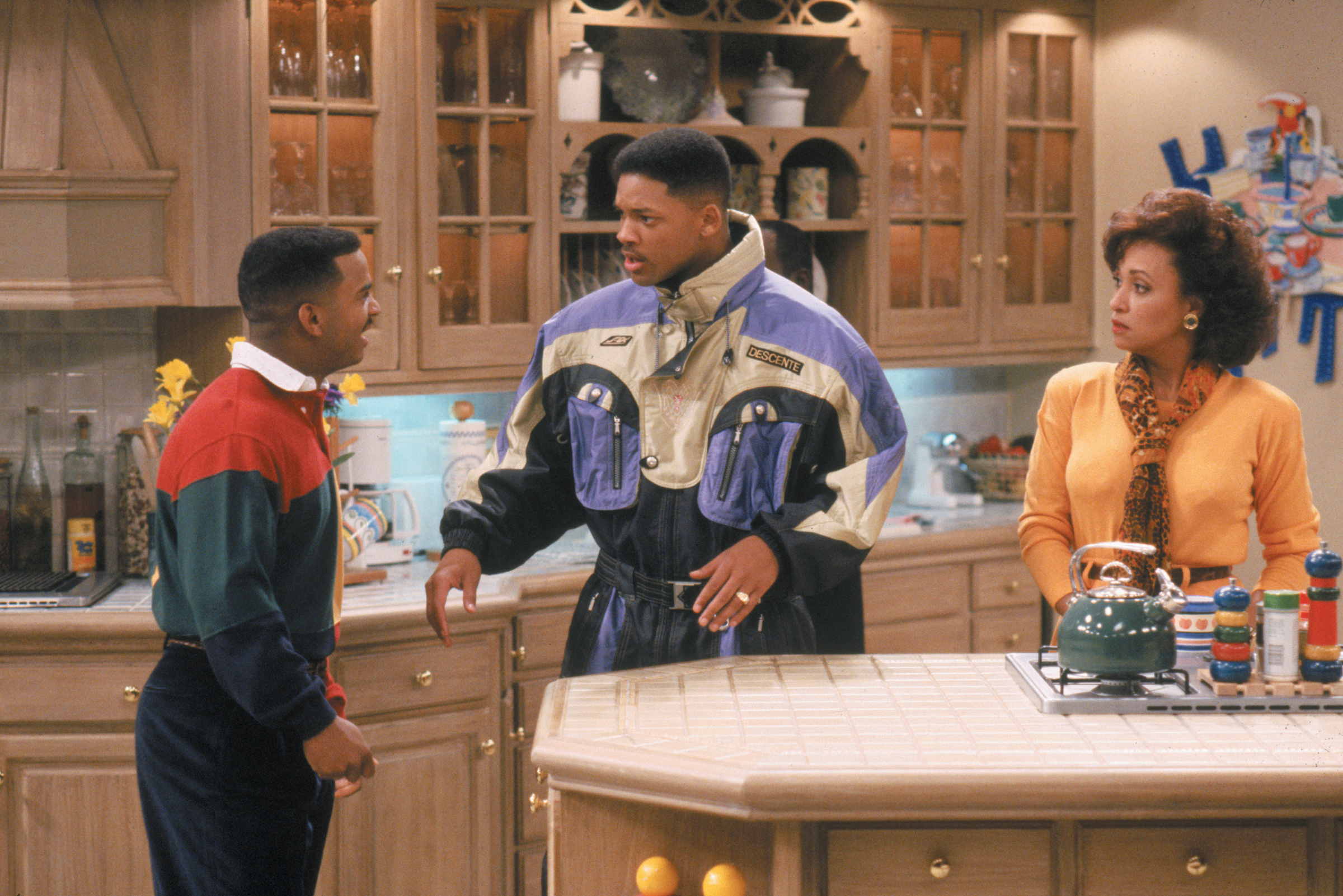 “The Fresh Prince of Bel-Air”

“The Fresh Prince of Bel-Air”

All six seasons of this hit ‘90s sitcom are streaming on HBO Max. The series, executive produced by Quincy Jones and loosely based on the life of Benny Medina, launched Will Smith’s acting career and gave us a fun romp to watch for ages. The sitcom, about a Philadelphia teen (Smith) who moves across the country to live with his rich aunt and uncle, originally debuted on NBC in 1990. You can also stream “The Fresh Prince of Bel-Air” 30-year anniversary special on HBO Max. 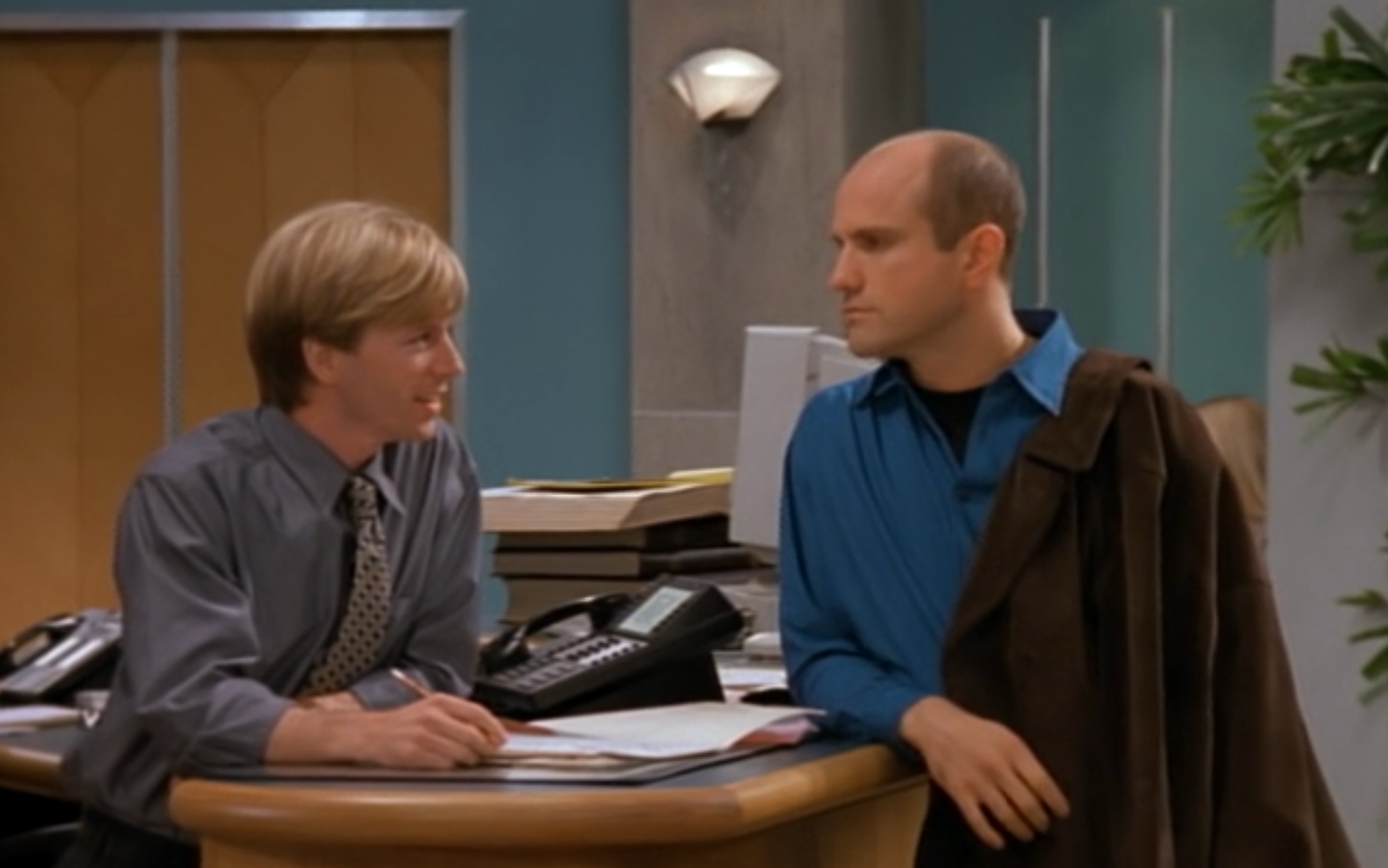 David Spade, Laura San Giacomo, George Segal, Wendie Malick, and Enrico Colantoni led the cast of this 1997 sitcom created by Steven Levitan. “Just Shoot Me,” was one of several TV shows offered to Spade after the success of the “Saturday Night Live” alum’s buddy comedies with Chris Farley, “Black Sheep,” and “Tommy Boy.” Spade turned down other offers to join the cast of “Just Shoot Me.” The series is centered around the staff behind a fictitious New York City-based fashion magazine, and the relationship between the publications’s owner Jack Gallow (Segal) and his daughter Mays (Giacomo). “Just Shoot Me” is streaming on Hulu. 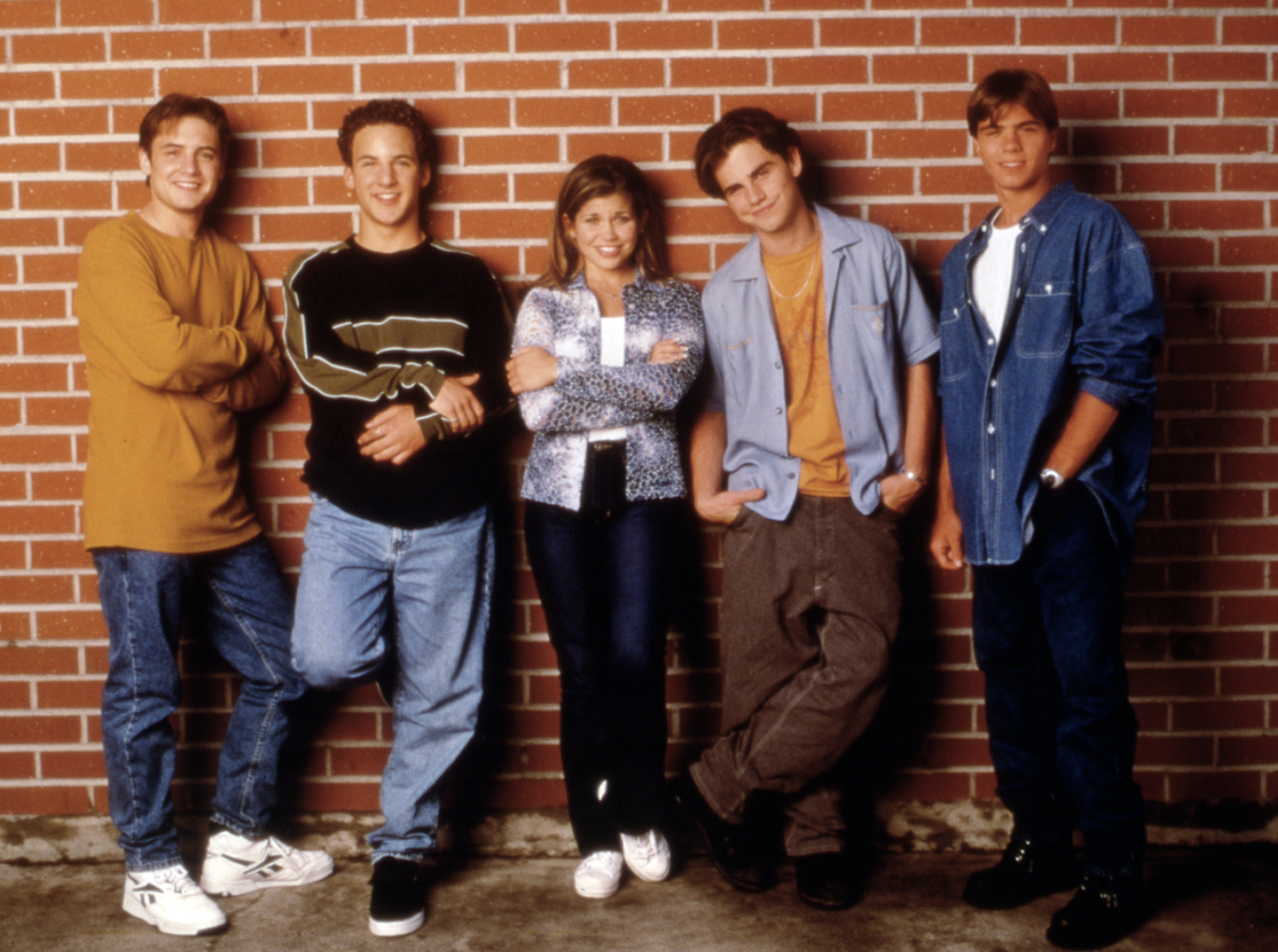 When it comes to any discussion about the best ‘90s shows, “Boy Meets World” usually finds its way into the conversation. The ABC sitcom created by Michael Jacobs and April Kelly debuted in 1993 and stayed on air for seven season. The series follows middle schooler Cory Matthew (Ben Savage) as he juggles school and life with help from his best friend, Sean Hunter (Rider Strong), his crush Topanga (Danielle Fishel), and his teacher/next door neighbor, Mr. Feeny (William Daniels). You can stream “Boy Meets World” on Hulu, and Disney+. 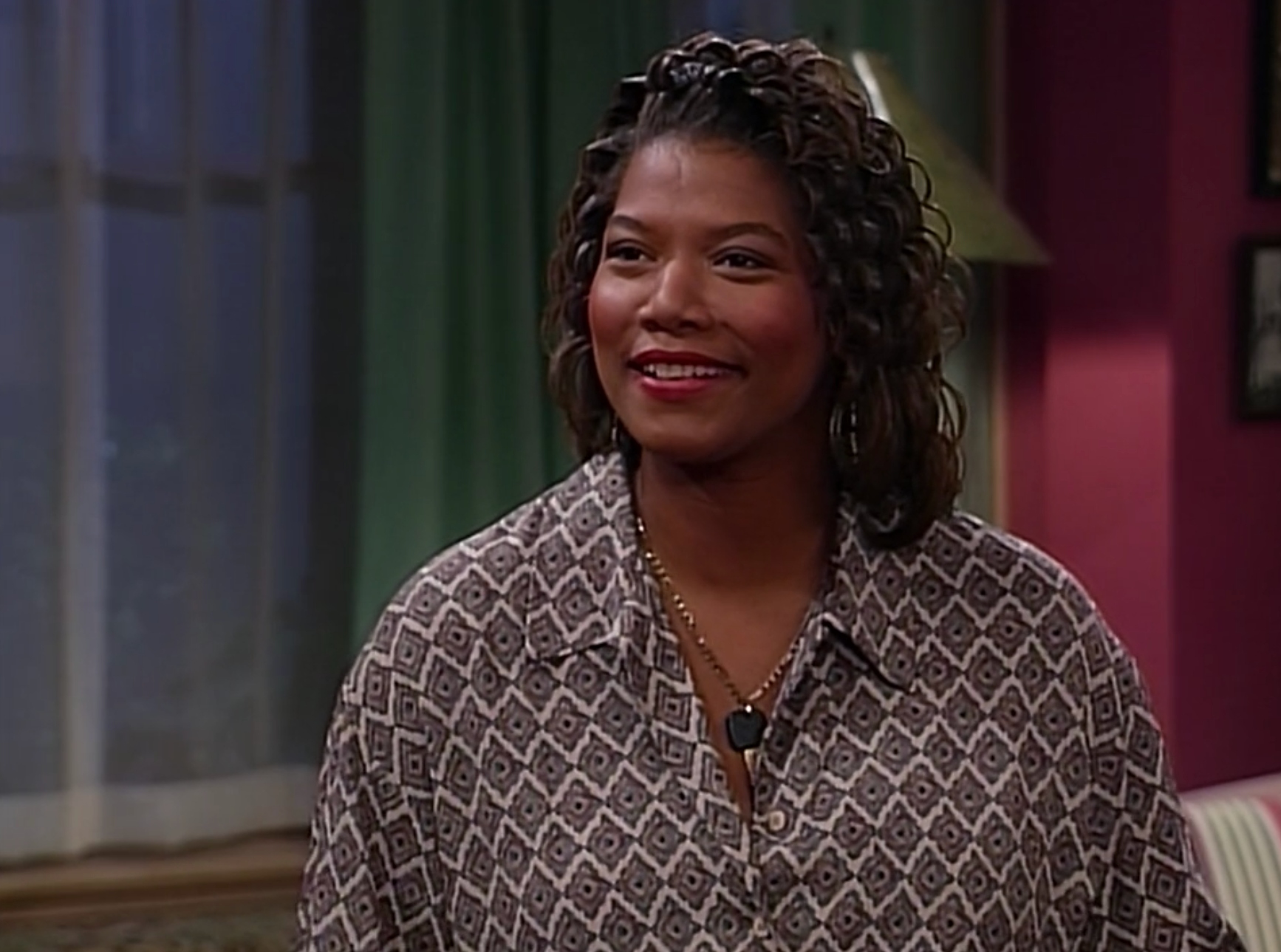 Sure “Friends” is great, but why not watch the show that inspired one of the most popular sitcoms on television? “Living Single,” which stars Queen Latifah, Kim Fields, Kim Coles, Erika Alexander, T.C. Carson and John Henton, is about the daily lives of a group of friends living in New York City. The series was born out of a development deal between Fox and Latifah, who stars as Khadijah James, an entrepreneur who runs her own magazine. Coles plays Latifah’s cousin, Sinclair James. The two live together in a brownstone along with Khadija’s friend Régine (Fields). Like “Friends,” the series features an ensemble cast of characters who mostly live in the same building. You can stream “Living Single” on Hulu. 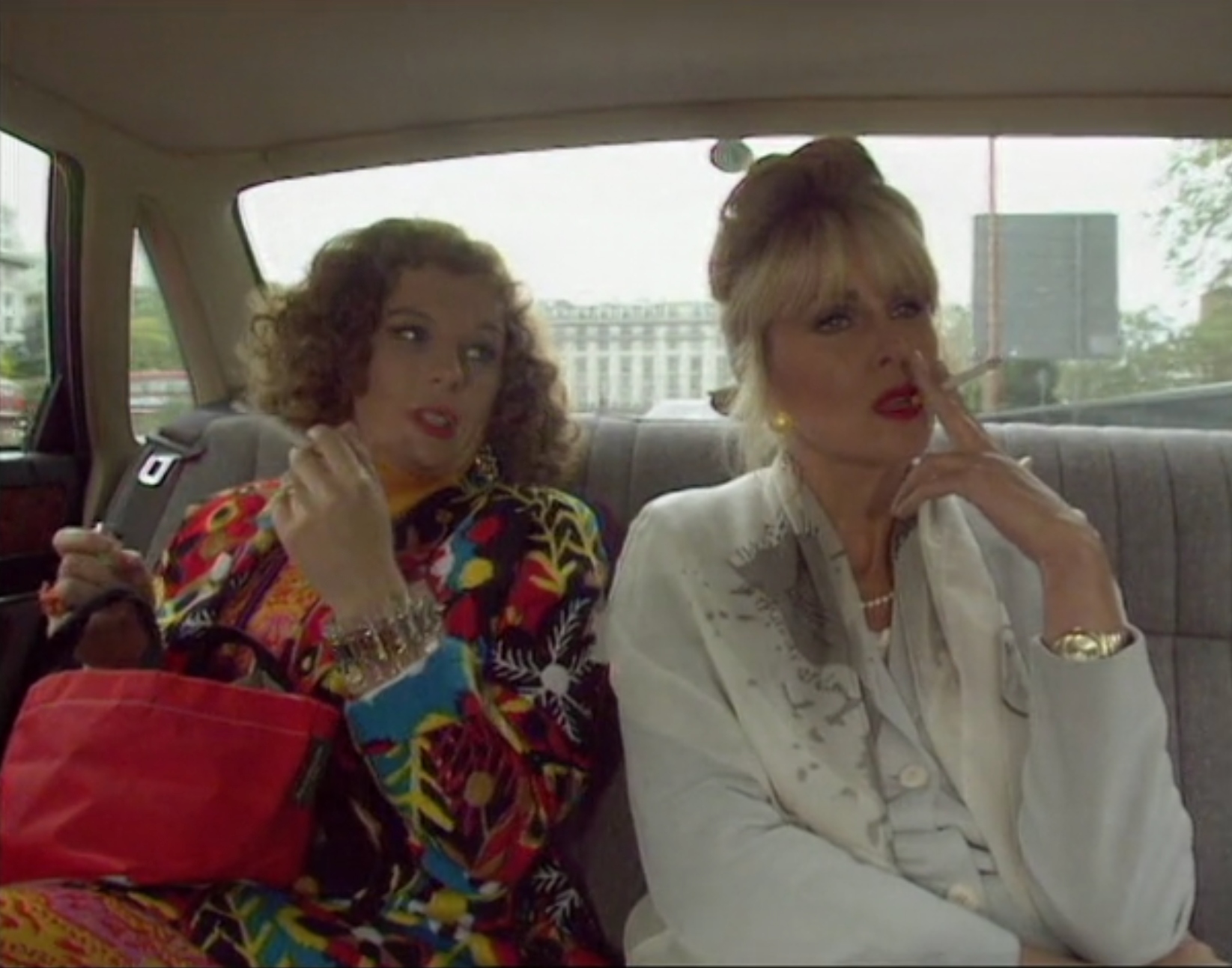 This unapologetic British comedy starring Jennifer Saunders and Joanna Lumley premiered on the BBC in 1992. Each episode follows the hilarious escapades of chain-smoking, alcohol-indulging, drug-abusing friends, Eddy Monsoon (Saunders) and Patsy Stone (Lumley). “Absolutely Fabulous” first debuted on Comedy Central in 1994, and if you like British comedy, then you’ll want to catch up on this show. “Absolutely Fabulous” is currently streaming on Hulu. 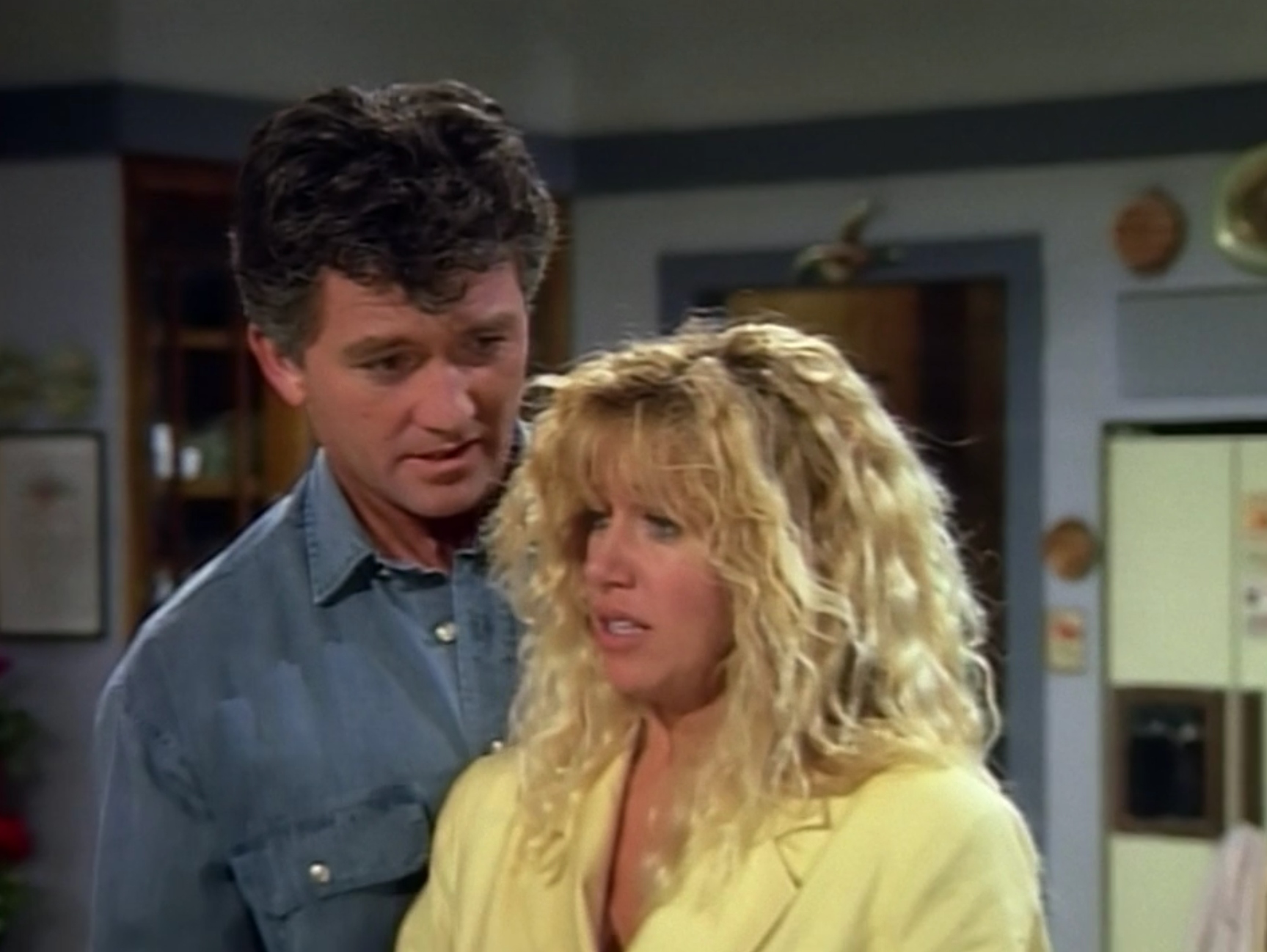 After the success of “Three’s Company,” Suzanne Somers returned to the sitcom world in “Step by Step.” Co-starring Patrick Duffy, the show played as a ‘90s spin on the blended family premise popularized by the “Brady Bunch.” ABC premiered “Step by Step” as a show in its TGIF rotating lineup that featured “Perfect Strangers,” ‘Full House,” “Mr. Belvedere,”and “Family Matters.” The series aired on ABC for six seasons and moved over CBS, where it aired for one season before being canceled in 1998. You can rent episodes of “Step by Step” on Amazon Prime.