‘Astronomy Club’ Cast Open Up About Netflix Canceling After One Season

The sketch comedy series with an all-black cast and writers’ room was hilarious, smart on race, and just getting started.

There’s an “Astronomy Club” sketch called “Activist Rally,” where a passionate male organizer derails an entire meeting by regaling the group with his grand utopian visions. As far as sketch comedy goes, it’s the perfect example of the highly specific becoming easily recognizable — even to anyone who’s never attended an activist meeting. It’s also the kind of sketch that, at least on paper, wouldn’t necessarily read like it was written for an all-black cast. Such is the beauty and brilliance of “Astronomy Club,” the six-episode Netflix sketch series that debuted on the platform in December.

Unfortunately, Netflix announced publicly this week that it would not be renewing the show for a second season. That’s disappointing, not only because the show was funny and sharp and got great reviews, but if anyone deserves a little extra joy right now it’s black people.

Starring eight cast members, three women and five men, the writers and performers of “Astronomy Club” come from different experiences and ways of being in the world. Not only was “Astronomy Club” one of the rare shows that showcased a wide range of the black experience, but it wasn’t afraid to address those differences. While most of the sketches are character-based, scenes where the group played themselves found humor in who could code switch the best or who preferred smoothies over black eyed peas.

“There’s no other way to say not getting a second season sucks without just saying it sucks,” said co-head writer Keisha Zollar in a phone interview. “It’s always an honor to work with every single member of Astronomy Club because our biggest strength is how diverse we are as black folks. We don’t all have the same opinion or experience.”

“Of course we’re really disappointed. And then finding out in February, Black History Month, kinda hit the nail on the head of it feeling really icky,” said “Astronomy Club” cast member Monique Moses. (IndieWire has reached out to Netflix for comment.)

Moses recognized that viewership was an issue, but expressed frustration at how difficult it was to find the show on the platform. She had to tell her friends and family to search the name of the show, and the rest of the cast had anecdotal evidence that it wasn’t being promoted in the Netflix algorithm. 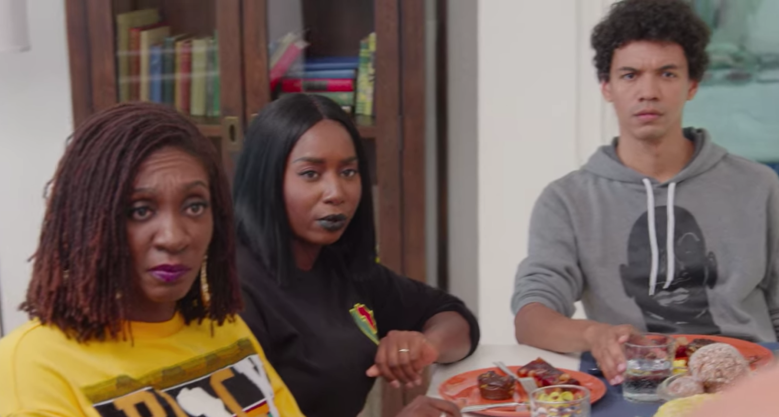 “A Netflix original, an all-black comedy troupe with such an amazing producer like Kenya Barris behind it, I feel like that should’ve been promoted to a wider audience,” Moses said. “I think Netflix should look into what shows they’re promoting, and opening up that algorithm so more audiences are exposed to different kinds of shows.”

“We knew it wasn’t necessarily being pushed much to the forefront of Netflix’s screen, which is I guess pretty typical of most shows that they do,” said Jon Braylock, Zollar’s co-head writer who wrote the “Activist Rally” sketch, among others. “I’m really proud of the first season, we have some great sketches in there. But with the first season of any show you’re learning as you go. We learned so much we could’ve applied to the next season, so it’s frustrating that we didn’t have the chance to do that.”

Much like how women directors are given one shot at a studio movie and if it isn’t a blockbuster hit they’re done, black creators aren’t often given the chance to settle into a groove. Of the three black sketch shows that came out last year, only one, HBO’s “A Black Lady Sketch Show,” got a second season. (IFC’s “Sherman’s Showcase” will have a special this month, but still hasn’t received a second season renewal.)

“If we are in this climate right now where we’re talking about black voices and melanated voices being amplified, and black work being important because representation is a form of reparations, don’t just give a shot and then be over with it,” said Moses.