As Cameron Crowe’s Oscar winner gets the 4K treatment, its breakout star tells IndieWire which cut is “where it’s at” and what really happened to William and Penny Lane’s love story.

More than 20 years after it first hit theaters in the fall of 2000, Cameron Crowe’s Oscar-winning “Almost Famous” continues to delight cinephiles and anyone who ever dreamed of writing a cover story for Rolling Stone at the tender age of 15. No one is more invested in the film than its star, Patrick Fugit, who still talks about the project with both deep affection and crystal-clear clarity.

As the film readies for a 4K release to celebrate its 21st anniversary, Fugit is happy as ever to chat about his experience making the film, including revealing a self-professed “spoiler” for everything that happened after the credits rolled and his preferred cut of the film. The new 4K, out this week from Paramount Home Entertainment, doesn’t just boast a Crowe-supervised transfer, but also the inclusion of both the original theatrical cut and the “Bootleg” cut (aka “Untitled”), which includes almost 40 minutes of additional footage and was first available on the film’s 2001 DVD release.

For Fugit — who was just 16 when he was cast in the film, his first ever role in a movie and one in which he appears in nearly every scene — there’s absolutely one correct cut, and he’s delighted this new release will make it more accessible to fans.

Fugit’s preference is both personal and professional. Mostly, the Bootleg cut is closer to his own experience making the film, which consumed his young life for nearly a year.

“When I first saw the theatrical cut, it felt so short to me, because it was seven months of my life condensed into a feature-length film, and I was like, ‘Well, that’s not what happened. That’s like the footnotes of what happened,’” he said. “So then when I finally saw the Bootleg cut a couple of years later, I was like, “Yes, this has a lot more of the textures that we got. It has a lot more.’” 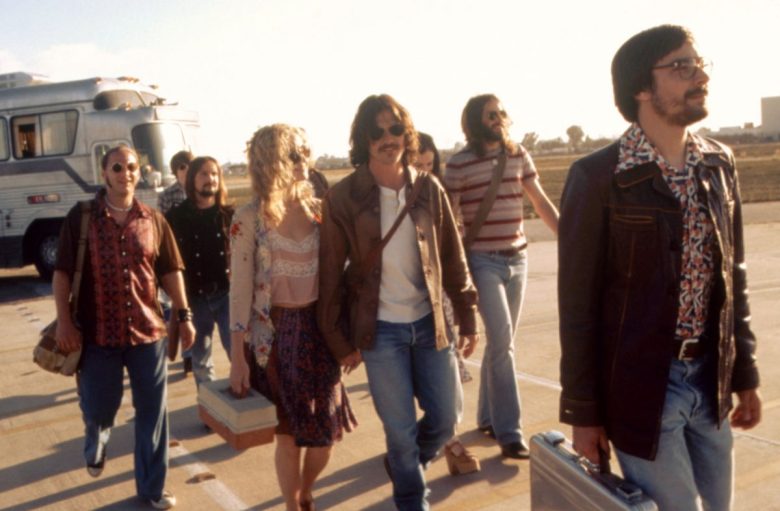 ©DreamWorks/courtesy of The Everett Collection

While the Bootleg cut extends a number of existing scenes that are in the theatrical cut, it also adds a handful of all-new ones, which includes Fugit’s favorite. About halfway through the film, Stillwater and company stop off for an ill-fated and incredibly amusing radio interview with exceedingly mellow (wink wink) deejay Quince (played by Kyle Gass, one-half of Tenacious D).

“I had no idea,” he said with a laugh. “When we were going to film that, I didn’t know who Kyle Gass was. I read the parts of the script — there was some improv and that’s in the bootleg cut, but a lot of it was written down — and I didn’t get the humor. It just didn’t resonate with me. So I was like, ‘Okay, I guess we’re going to do this radio station interview.’ And then the way that Kyle performed the part, it had so much more depth than I had tracked. I was laughing my ass off.”

At one point, Quince nods off, leaving the band alone on-air, hot mics and all. What follows is a silly sequence that soon turns much more serious, as Russell and Jeff start off ribbing each other, before revealing how they really feel about each other. That’s the stuff Fugit still loves.

“There were a lot of interactions between the bandmates that were coming to light in that scene that had not occurred to me,” Fugit said. “So a lot of it was understanding how these characters are evolving and their relationships. Obviously it doesn’t advance the plot much, but it really builds in a lot about who the band is to each other and what William thinks of it and what Penny thinks of it and what the two of them relate on in that whole situation. I think it’s an awesome, awesome scene. I was bummed when it wasn’t in the theatrical [cut], but obviously stoked when it was in the Bootleg.”

Fugit also pointed to the Bootleg cut’s inclusion of more scenes involving supporting characters, particularly Anna Paquin’s Band Aid Polexia Aphrodisia, as being particularly appealing to him. And while that might be due to the actor’s overall affection for a cut that expands upon a seminal period in his life, Fugit’s interest in Polexia comes from an even deeper place. 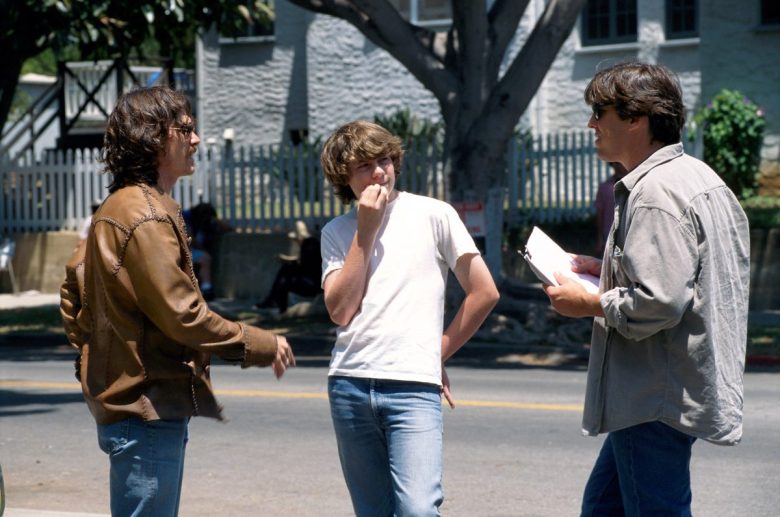 Billy Crudup, Patrick Fugit, and Cameron Crowe on the set of “Almost Famous”

©DreamWorks/courtesy of The Everett Collection

When “Almost Famous” ends, Crowe offers up a number of flash-forwards for its various characters — William and his family enjoy dinner together, Russell and Jeff bond on stage, Penny Lane finally sets off for Morocco — but the film also hints at the possibility that William and Penny might reunite, off-screen. As Russell and William tiptoe into their unexpected reunion, it’s the Stillwater star who says what we’re all thinking: Penny and William live in the same city, he should call her up, especially now that he knows her real name (Lady Goodman). But did he? Asked if he thinks William and Penny ever saw each other again, and Fugit had a surprising — and unimpeachable — answer.

“You know, it’s funny because I have spoilers, right?,” Fugit said with a laugh. “So I know where it goes. Cameron and I talked about that when we were [filming] in New York, and I asked him the same thing. I was like, ‘Now that he knows Lady Goodman, do they ever go to Morocco? Do they ever do the things they say they’re going to do?’ And Cameron is like, ‘Brother, no, they don’t.’”

And Fugit says Crowe didn’t stop there, telling his young star that William had another great love affair ahead of him: with Polexia. (And, yes, Fugit and Paquin share significantly more screen time in the Bootleg cut, true “it’s all happening!” vibes.)

“He’s like, ‘But what William will discover is Polexia a few years down the line, and they will have a relationship. They will have this amazing chemistry that they didn’t really track [before] because, obviously William was infatuated with Penny Lane and Polexia was doing her own thing,’” Fugit recalled. “The idea [with Penny] was like, ‘Nope, it’s just this thing that happened, and it’s this fond memory, and it’s the first love and all that sort of thing, but it’s never going to manifest.”

Paramount Home Entertainment will release “Almost Famous” on 4K Ultra HD in a limited-edition Steelbook, as well as in a new limited-edition Blu-ray in the Paramount Presents line, on Tuesday, July 13.