The artificially intelligent robot Erica is ready for her close up. 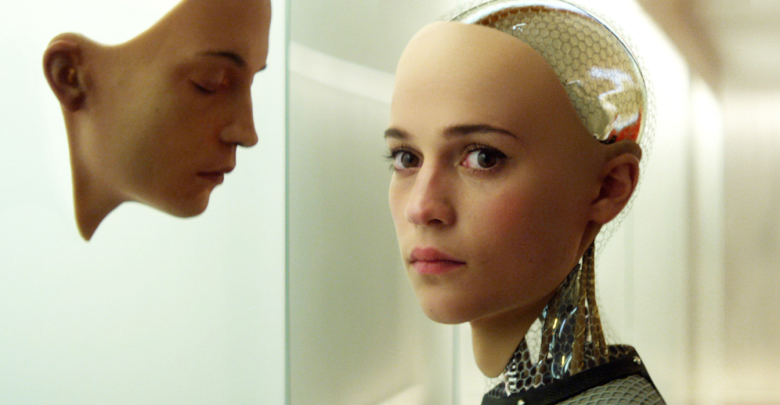 What if Alex Garland’s 2014 science-fiction favorite “Ex Machina” starred a real artificially intelligent robot as Ava instead of Alicia Vikander? Moviegoers are about to find out, sort of. Bondit Capital Media, Happy Moon Productions, and Ten Ten Global Media are putting forward $70 million to produce “b,” a science-fiction movie that is set to star the A.I. robot Erica in the leading role (via The National, as first reported by THR). The companies are touting “b” as the first movie in history to be led by an actor who is an A.I. robot.

“b” follows a scientist who must help the A.I. robot he created reach freedom after a program he designed to perfect human DNA has dangerous consequences. The A.I. robot Erica is starring as the A.I. robot character after her creators, Japanese scientists Hiroshi Ishiguro and Kohei Ogawa, taught her how to act by applying method acting principals to her artificial intelligence programming. The film is the brainchild of Life Entertainment producer Sam Khoze, VFX supervisor Eric Pham, and Tarek Zohdy.

“In other methods of acting, actors involve their own life experiences in the role,” Khoze said in a statement. “But Erica has no life experiences. She was created from scratch to play the role. We had to simulate her motions and emotions through one-on-one sessions, such as controlling the speed of her movements, talking through her feelings and coaching character development and body language.”

“American History X” director Tony Kaye was originally going to use Erica in a feature film produced by Khoze, but the project fell apart over scheduling conflicts. That film was titled “2nd Born” and was announced back in August 2018. Deadline reported at the time that Erica would be trained in “different acting methods and techniques prior to filming.” Kaye and Khoze were also hoping to get the robot SAG recognition.

A director for “b” will be announced at a later date, as will the full cast. Production on “b” is being eyed to start in summer 2021, although the producers have already started to record footage of Erica that can be used in the feature.