Krasinski is back behind the camera for his first sequel, as he expands out the world (and vision) of his smash horror hit.

After captivating both horror fans and genre newbies alike (inlcuding its own director, John Krasinski, who has been open about his lack of horror bonafides before directing what would become his best film yet), 2019’s smash hit “A Quiet Place” is gearing up for the inevitable: a sequel. This time around, Krasinski returns as director and now lone screenwriter, though we expect he won’t be reprising his on-screen role as the patriarch of a family attempting to get by during the seeming end of the world. Everyone else is back, however, including Krasinski’s own wife Emily Blunt, along with talented young stars Millicent Simmonds and Noah Jupe.

While the first film focused on a single family enduring a post-apocalyptic world filled with horrifying, sound-activated alien monsters, “A Quiet Place Part II” promises to build outward, with the Abbott family hitting the road for a journey that will presumably bring new monsters (of many kinds).

Per the film’s official synopsis: “Following the deadly events at home, the Abbott family (Emily Blunt, Millicent Simmonds, Noah Jupe) must now face the terrors of the outside world as they continue their fight for survival in silence. Forced to venture into the unknown, they quickly realize that the creatures that hunt by sound are not the only threats that lurk beyond the sand path.” Blunt, Simmonds, and Jupe will be joined by at least two newcomers, with Cillian Murphy and Djimon Hounsou rounding out the cast.

When IndieWire spoke with Krasinski about the film and its inevitable sequel late last year, the filmmaker was tight-lipped about his vision, though he did offer that the next film will further expand the world seen in the first film. There are hints built into “A Quiet Place” about where its followup might go, including a scene that follows Krasinski’s character, Lee Abbott, as he dutifully lights a nightly signal fire and is greeted with more in the distance. More people, more stories.

“The idea of the sequel was hard for me to consider, because most sequels are about the bringing back or celebration of a villain or a hero,” he said at the time. “In this one, the world is the star. I thought that was really interesting, that there is not necessarily one person that you need to follow or explore with, because the whole world’s going through the same thing.”

“A Quiet Place Part II” will hit theaters, including both Dolby Cinema and IMAX, on March 20, 2020. Check out the film’s first trailer and poster below, both of which hint at an expanded new (terrifying? hopeful?) world for the remaining members of the Abbott clan. 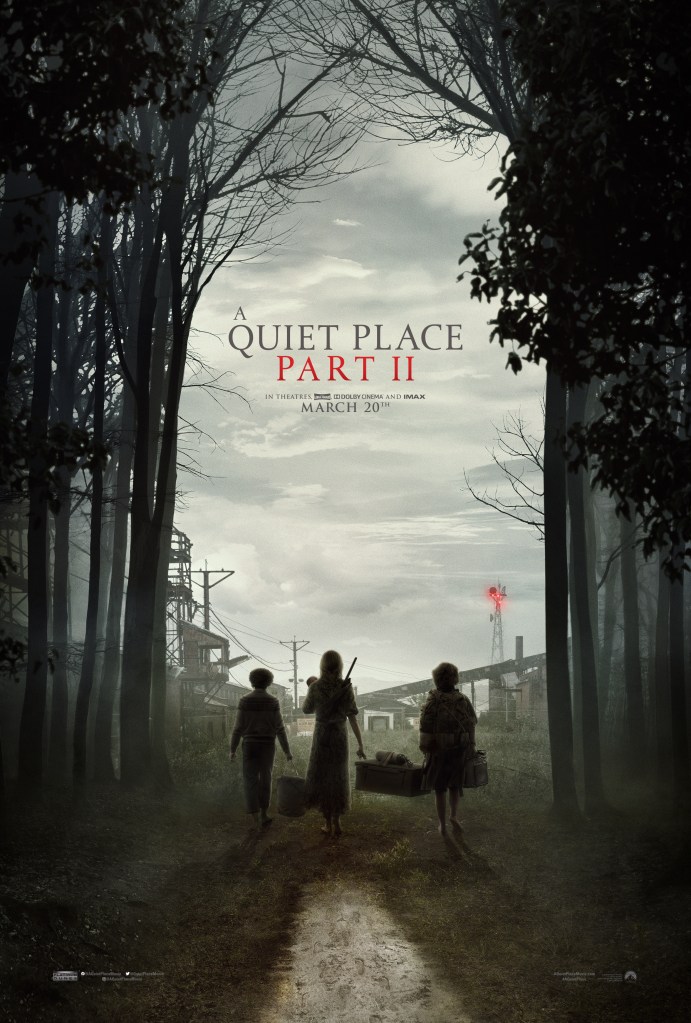