These sci-films are perfect for any movie lover.

From time travel to space exploration, science fiction has produced some of the best movies ever made. The genre, which dates back to near the very beginning of cinema, not only helped stretch our imaginations, but it gave us predictions into what the future might look like. And if you love sci-fi, we rounded up seven of the best movies that you can buy on Blu-ray.

Most of the films listed are available on Amazon, with free two-day shipping for Prime Members. If you’re not a Prime Member, click here to sign up for a free 30-day trial (the membership will cost $12.99 a month after the trial ends), which gets you access to markdowns on movies, electronics, and more. The membership includes Prime Day discounts (Prime Day doesn’t kick off until June 21, but members get access to early-bird deals). Below, find our list of seven of the best sci-fi films that you need to own. For more sci-fi fandoms check out “Star Wars” and “Star Trek” Blu-rays to add to your collection.

Relive Stanley Kubrick’s 1968 film in stunning 4K. “2001: A Space Odyssey” begins with a mysterious black monolith that appears on Earth in prehistoric times, changing the course of human evolution. When it reappears on the Moon in 2001, astronauts embark on an ill-fated, interplanetary voyage.

The epic showdown between Godzilla and King Kong is officially available on Blu-ray 4K. “Godzilla vs. Kong,” which debuted in theaters earlier this year, finds the fictional monsters facing off in an unforgettable match. The film stars Millie Bobby Brown, Alexander Skarsgård, Eiza González, and Rebecca Hall.

“Back to the Future” 25th Anniversary Trilogy Box Set

Fans of anime will enjoy this beautiful 4K restoration of the 1988 film “Akira.” The sci-fi flick takes place in a future where Shotaro Kaneda and his motorcycle gang tear through Neo Tokyo, a city divided by growing tensions. Kaneda’s friend later discovers a secret government project and receives psychic abilities beyond his control. The Blu-ray set has a bunch of bonus content including an interview with the director, sound clips, music, and the trailer from the original theatrical release. 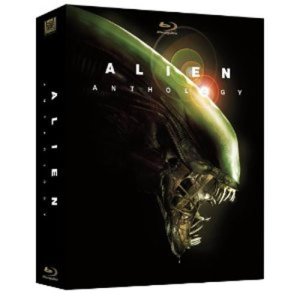 You don’t have to leave home to travel to space. This “Alien Anthology” Blu-ray box set includes two bonus discs, and over 65 hours of archival, never-before-seen content. The set features the 1979 film “Alien” starring Sigourney Weaver, as well as sequels “Aliens,” “Alien 3,” and “Alien Resurrection.”

Arnold Schwarzenegger, Carl Weathers, Kevin Peter Hall, Danny Glover, and Gary Busey appear in the movies in this four-disc collection which is led by 1987’s “Predator,” along with the newer installments in the franchise: “Predators” and “The Predator.”

“Invasion of the Body Snatchers”