ViacomCBS is the latest company to pivot to hosting virtual upfront events to woo advertisers during the coronavirus pandemic. 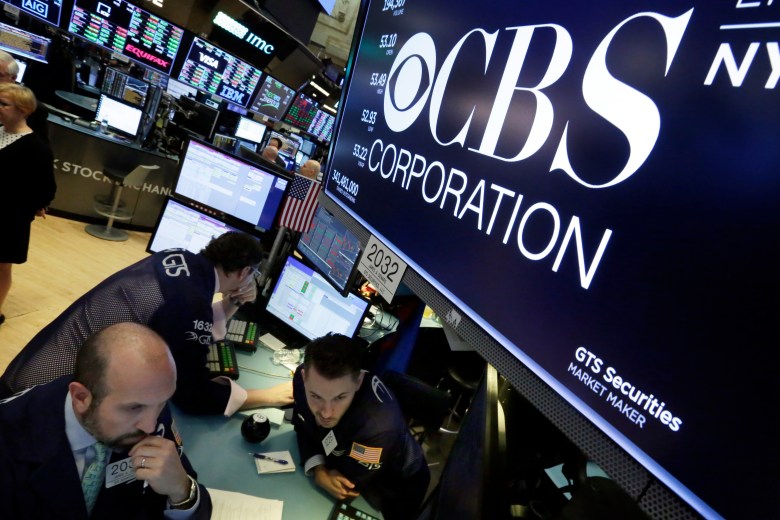 The logo for CBS appears above a trading post on the floor of the New York Stock Exchange.

ViacomCBS has scheduled a virtual upfront event for later in the month. The news marks the latest in a string of companies which have made headlines for announcing remote upfront events to keep in touch with advertisers amid the coronavirus pandemic.

ViacomCBS’ two-day upfront event will take place on May 18 and May 19. The company will promote its digital offerings and brands such as Entertainment & Youth and Kids & Family brands, BET, Pluto TV, per a note to advertisers obtained by Deadline. The second day will be focused on ViacomCBS’ fall programming lineup and original CBS All Access programming. The company will also preview advertising opportunities on CBS Sports and highlight the work being done at CBS News.

“I planned to be — and frankly, I’d rather be — writing to you this time of year to invite you to one of our intimate upfront dinners or our annual celebration at Carnegie Hall,” ViacomCBS sales chief Jo Ann Ross said in the note. “Clearly, the current climate is different, but as they say at Carnegie, the show must go on!

The news about ViacomCBS’ upcoming digital upfront came after similar events were announced by NBCUniversal and Univision. Television businesses were forced to cancel or indefinitely postpone their in-person upfront events earlier in the year due to the coronavirus. The upfront cancellations cast particular uncertainty on the television industry, as companies use upfront events to hash out deals with advertisers and ensure their businesses remain profitable. The big-money events typically cost millions of dollars and are key to boosting a network’s awareness and attracting advertisers.

ViacomCBS’ upfront event will come during a critical period for the company, which completed the Viacom-CBS merger last December after a years-long effort by ViacomCBS chairwoman Shari Redstone. Wall Street has been skeptical of how the unified company — which has enacted several waves of layoffs over the last few months — will effectively manage its assets.

May tends to be an especially busy month for upfronts, though several key companies, such as Disney and Fox, have yet to announce substitute events and have instead indicated that they will reach out to potential advertisers one-on-one.