West Hollywood music venue The Troubadour has long been one of the most storied venues in popular music. In the 1960s and Seventies, Laurel Canyon singer-songwriters like Joni Mitchell and Jackson Browne frequented the joint just a short drive away through the Hollywood Hills. In 1970, Elton John played his first U.S. shows there — the crowd included Neil Diamond, David Crosby and Leon Russell — that helped kickstart his career. Geffen Records signed Guns N’ Roses shortly after catching their set at the venue in 1986. Today, it’s a stop for both established stars and young artists and a popular choice for star-studded Grammy parties.

While the venue has fared well in recent years, regularly hosting special shows for the likes of Billie Eilish and the Black Crowes, they’ve never faced a greater threat to their existence due to the COVID-19 pandemic. Owner Christine Karayan was forced to lay off most of her staff, losing all but two of her workers, and she’s started a GoFundMe mainly to pay her staff. (The GoFundMe has raised nearly $60,000 since launching at the beginning of April from over 1,000 donors.)

The Troubadour isn’t alone in its struggle; it’s one of more than 1,300 venues that have banded together to found the National Independent Venue Association to encourage government officials to modify legislation to more easily accommodate venues and other businesses entirely reliant on attendance. Many of these venues worry they’ll close by the end of the year if no legislative action takes place to soften the blow, a NIVA spokesperson says.

Karayan spoke with Rolling Stone on her mounting fears for the venue’s future, fighting for legislation to save venues, and the importance of places like the Troubadour for local communities, artists and fans. She had more questions than answers.

I’m sure everyone across the board is concerned. Every small business is concerned in what their future holds, if there is a future. The question for the independent venues is if we can we safely get to the other side of this, quite frankly. The loans that are currently available, or not available I should say, are not really conducive to the types of business models we have in terms of being able to pay back in the timely manner.

The question is, “Are we going to be a footnote in history?” We’ve got no shareholders, no corporate funding and no income coming in whatsoever. But the bills are still coming, and the reality of what I do for the most part is getting on the phone with the landlord, or insurance company, or AT&T. We can’t stand this much monthly payout with zero coming in.

We’re all in the same scary boat; this same scary bit of uncertainty. We figured maybe we can at least get some legislation to help us. We just want to modify these existing programs; we just want to make the terms a bit more conducive to the way we work so we can get back on our feet and be able to move forward from this.

The Troubadour reached out to the city of West Hollywood, and NIVA offered support sending letters to Adam Schiff’s office and Dianne Feinstein’s office and to Kamala Harris’s office as well. Amy, my talent buyer, has been pounding emails, and I called every single person I know who might potentially know someone. I don’t know what did it, but we were able to obtain a video meeting with Congressman Schiff, and he seemed interested in our plight for NIVA. Hopefully we can set up another conversation; our end goal is speaker Pelosi.

We’re just looking for a chance, really, but if so many other businesses are in the same boat, it’s hard to expect to get priority. But even a few hundred dollars is a few hundred we didn’t have that we can put toward the bills.

We set up a GoFundMe page initially because we had to lay off the staff fully except for the two people in the office getting the joy of cancelling and refunding for tickets. When we set it up, I thought, “Wow, I can’t believe this is happening, we’ll be ok.” I thought it’d just pass in a few weeks and that’d be it. I don’t know where my brain was, to be honest. As each day unfolded, I just thought “Oh my God, no.” This isn’t anything anyone could’ve imagined.

In terms of the city, they offered their full support for anything we need to get done, but financially no. West Hollywood is an entertainment hub; there are way too many businesses at a complete standstill. In fairness, they can’t allocate to anyone because it’s just not right. We had some calls of support from agencies we work with telling us they’d do whatever it takes to help, but I don’t know what that means. We have great relationships with them, but they’re struggling too. Everyone’s got their own story right now. 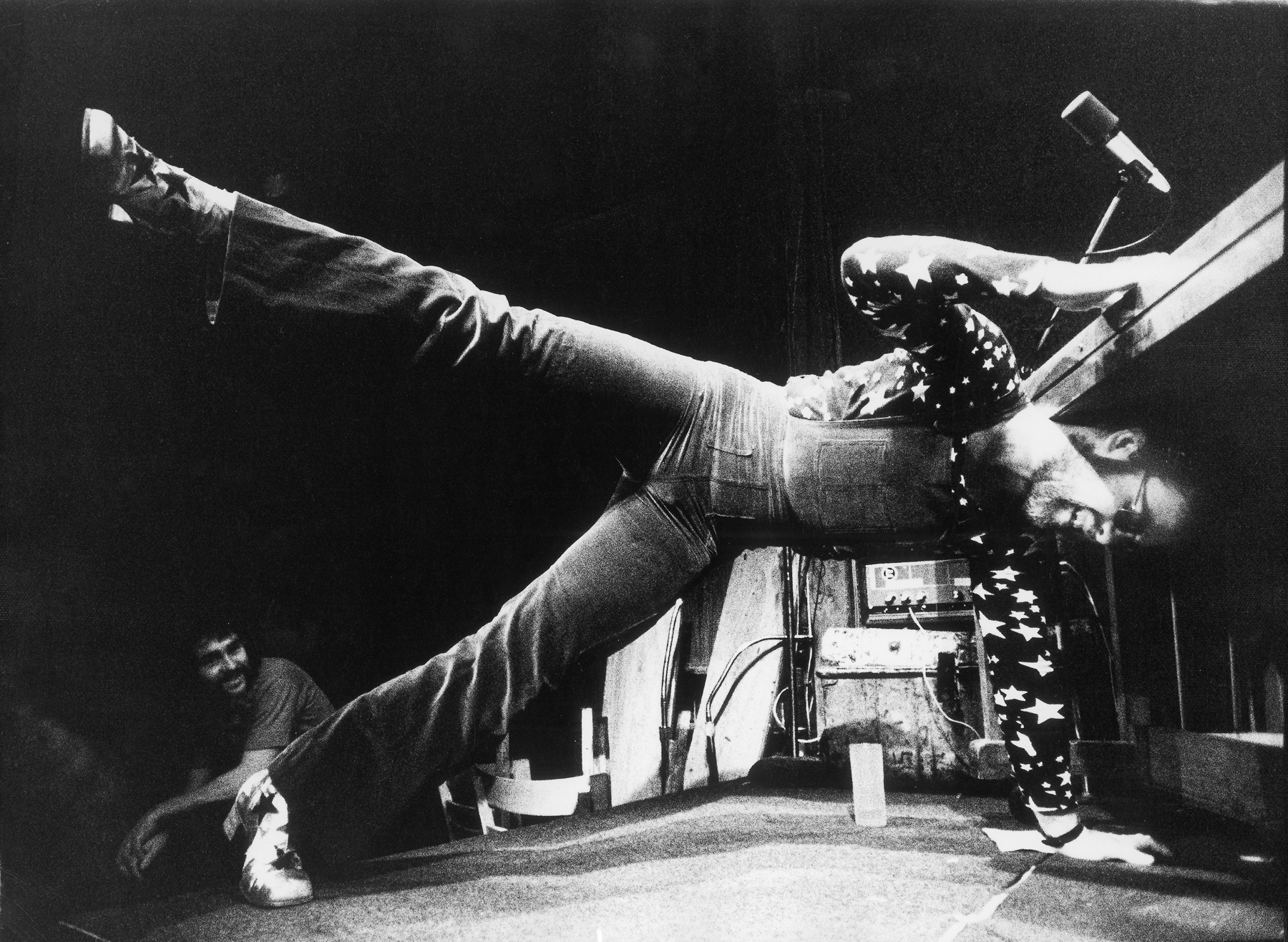 I’m confident we can easily make it to the end of the year — maybe beginning of next year — but that’s with me chipping away every single overhead we have. It’s interesting how much you really don’t think of the bigger picture until you’re in a situation like this. We’re hoping we can open at the beginning of next year, but the question on everybody’s mind is what opening will be like.

Let’s say we can open. We allow what, 25% capacity? 25%, and to take a loan on top of that, you can’t pay back anything. You’re already under the eight ball, and now the eight ball is just going to crush you if you haven’t already been crushed. I’m fortunate because we were saving up for a couple big-ticket items, and I pushed back on that figuring we should see where we are in the second half of the year. Thank God I did that or else it’d be an even more serious situation had I spent all that money in the first quarter. I got lucky. That’s what it came down to: just luck.

If this place closed, I would be devastated, my name would be associated with this demise. Even with something like a benefit show, the problem is the uncertainty of when? What? How? Hopefully, God willing, we get to the other side and can call upon a couple favors and say “Please, whatever you guys can do,” but what to ask when we don’t even know what’s going on is impossible really.

As much as we want to get out and resume some type of normalcy, I think it’s going to be strange for a very long time. Until we get that vaccine, our normal is never going to be normal. Everyone I talk to, it’s pretty much the same. It’s the uncertainty.

There’s going to be casualties, who are they? When we make it, what does it look like? How do we keep our bands, employees and patrons safe?  I’m not saying someone wielding a gun is ok, but at least you can react to that and try to do something. What do you do with a threat you don’t see? We’re talking about safety guidelines. The government has to start whether it’s city or state, it has to give us some guidelines. At the same time, is it fair to expect a door person to take someone’s temperature? They’re not qualified to make those kinds of decisions on safety. But what would that look like? What’s the daily operation going to look like?

I know how fortunate we are. This place has been around a really long time, and it’s been really lucky being in Los Angeles. It’s a primary market. Like it [or] don’t like it, that’s the reality. We’ve been fortunate to have artists and managers, reporters, that have a story for the Troubadour, it meant something to them. It’s very humbling. We’re in a way better position than a lot of these venues. I know it and I’m grateful, but even with all the things going for us, I’m still as scared as everybody else because I just don’t see… it’s a step forward and three steps back.

These venues are important for so many reasons, forget the economic aspect of it. These venues are like families to the people who work there and play there, and the patrons that come there become like family. They come all the time. You see the happiness when their favorite band plays. You see that “aha moment”. Even sometimes when I don’t understand the artist, I can see it. I see it when I watch the crowd. You cannot stream that, you cannot go to the Staples Center for that. I’m not saying you can’t have a good time at Staples, however that moment that you feel, that camaraderie you feel, you cannot experience anywhere else like a small venue.