Continuing to find jokes in every form, this hourlong slice of Diallo Riddle and Bashir Salahuddin’s IFC series is built to be a free-flowing celebration.

More time isn’t always the best thing for a sketch series. Sometimes, it’s the constraints of a sketch show that help make its value. But “Sherman’s Showcase,” the unstuck-from-time IFC variety show from co-creators Diallo Riddle and Bashir Salahuddin, is built on a sprawling set of decades-spanning jokes that defies that conventional wisdom.

So it’s satisfying to see the show’s “Black History Month Spectacular” hourlong special take full advantage of that scope and use this one-off for its own purpose. It’s not a radical reinvention of what made the first season of “Sherman’s Showcase” a delight — all of these sketch and parody ideas are still gathered under the wide umbrella of a fictional series hosted by enigmatic entertainer Sherman McDaniel (Salahuddin) that’s been “airing” for the better part of a half century.

For anyone who missed the opening season, this is a solid entry point to what “Sherman’s Showcase” manages to pull off on a consistent basis. The versatility to be able to hop from a fake commercial to a celebrity guest appearance to an imaginary after-school special and wrap up a segment with a song written specifically for the show? That unpredictability makes the show as exciting as it is funny.

The special does hold true to its name, too. In addition to the usual energy guiding the time-hopping controlled chaos of “Sherman’s Showcase,” this “Black History Month Spectacular” isn’t a gimmick title. In its own way, the show has always been a celebration of Black history, whether in coming up with an alternate-history version of Prince or reimagining a real series of Frederick Douglass-centered ads from the 1970s. 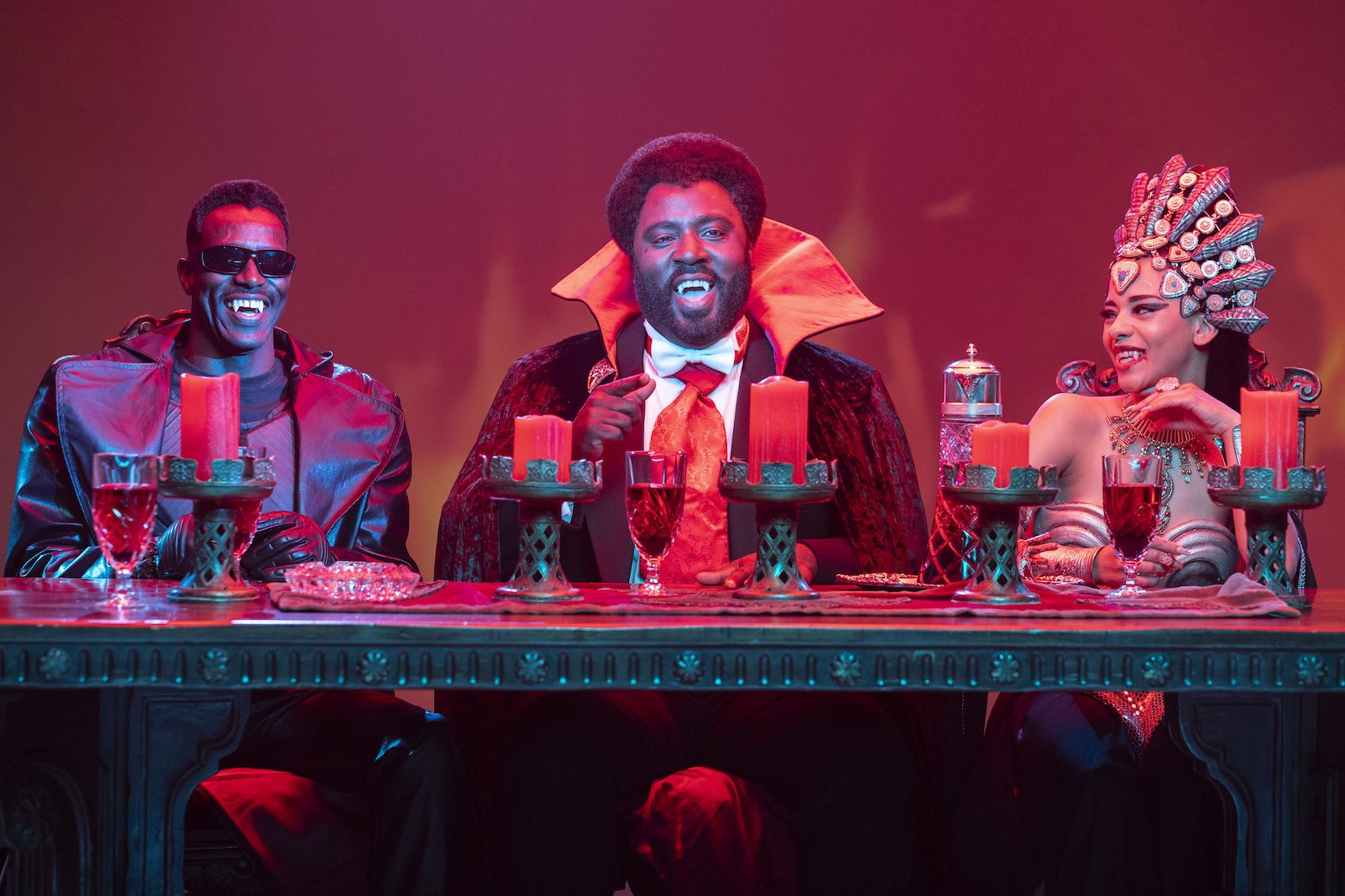 In this special, those also extend to police raids and kente cloth, examples of jokes that would have played differently for some viewers a month ago. Either way, the overall spirit is still one of a tribute, something that’s true even before a classic TV holiday special gets an updated follow-up here. Even when some of these jabs are directed at specific entertainers, there are plenty of them who get their chance to be in on the joke, too.

As far as “Sherman’s Showcase” stretches at times, there’s still an internal logic to the show with its own self-referential mythology. Watching this special build on jokes and fill in backstories for other “Sherman’s” mainstays like announcer Dutch Shepherd (Riddle) only reinforces the idea that this is an extension of what makes the show distinct rather than an outlier. (For those who loved RWKSY’s first appearance on the show, you might just be in luck.)

Though this special still has more jokes per minute than just about any other show on TV, one tradeoff of this doubled runtime is that there aren’t quite as many blink-and-you-miss-it gags as in the regular episodes. But the core idea of having jokes in as many forms as possible still holds. Salahuddin is still a pro at delivering a punchline under his breath. One song brings in some Photoshopped flourishes. Few shows find jokes in their credits the way “Sherman’s Showcase” does, whether in its own or in those of a fake superhero show set in the early days of TV.

One of the best parts about this special is that it blends the carefully crafted and spontaneous. (The collection of game show sketches that made up some of the best moments of Season 1 gets a new addition here.) But every once in a while, there’s a joke that peeks through those kinds of setups that seems like a particularly spur-of-the-moment addition, whether added on set or as part of a writers-room wave of alts. Not only is there room for both in “Sherman’s Showcase,” having both is one of the main things the show thrives on.

All of that adds up to a show that has a sturdy foundation that can expand in whichever way it feels like stretching. Earlier this week, IFC announced that “Sherman’s Showcase” would be back for a Season 2. Time will tell when those new episodes arrive, but if this “Black History Month Spectacular” proves anything, it’s that this is a show with both a timelessness and specificity to thrive in any era.