When Loy Cannon dies, he’s the only one who doesn’t see it coming.

Standing on his porch, having just negotiated a peaceful (if far from advantageous) agreement with the Fadda crime family, Loy (Chris Rock) stops to silently admire his happy children playing inside.

“He has this moment where he thinks, ‘Oh, I thought I needed more power to keep my family safe, but now that I’ve lost my power, I think we can be a happy, healthy family,’” showrunner Noah Hawley said. “In that moment of victory, when he thinks this might be the best thing for them, is when the knife goes in.”

Zelmare Roulette (played by Karen Aldridge) is the one doing the stabbing, but to the audience, Loy’s fate was sealed the second he picked up those oranges. Ever since Vito Corleone’s iconic shooting in “The Godfather,” oranges have been a symbol for danger, betrayal, and death. It’s what Vito picks out at the market before he’s shot, and it’s what Loy carries home to the family before he’s stabbed.

But they weren’t entirely a symbolic choice.

“The oranges were introduced in the fourth hour,” Hawley said. “[It’s] what the Italians were driving in their truck, with the guns underneath, and that, for me, was purely an aesthetic choice. It was the incongruity of that summer fruit, that Florida fruit, [in Kansas City] where everything is gray and white. So originally, it was just for color.”

Hawley said Episode 11 director Dana Gonzales had the instinct to use them as a callback in the finale.

“When you say oranges to me now, out of context, I think, ‘Oh, of course. ‘The Godfather.” But that’s not where it came from [here],” he said.

Hawley and his staff of writers “had a lot of conversations” about Loy’s ending. They decided early on, given that’s he’s a Black mob boss, “the odds of him living and prospering into the 1980s seemed really far-fetched.” So they focused on finding an ending that avoided racial stereotypes and allowed Loy to keep his dignity. Ultimately, his death at the hands of Zelmare exemplifies the ethos of “Fargo,” which Hawley paraphrased as “the things you do will catch up with you.” 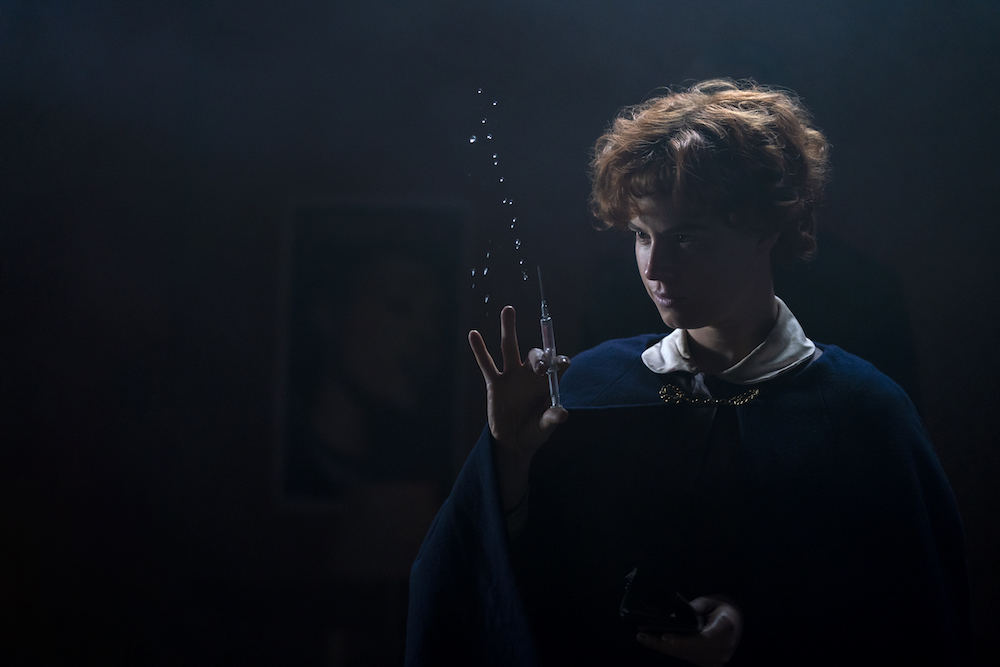 That same concept applied to many of the individual endings crafted for the large “Fargo” Season 4 ensemble. With so many characters working outside the law, and so many characters in general, the death toll was always going to be high, but Hawley knew each ending needed to be specific and round out each individual story.

“You never want to be repetitive, and I never want the violence in ‘Fargo’ to be entertainment, which I think is important,” he said.

Otis (Jack Huston), the crooked cop trying to set himself straight, meets his end with a rare “moment of peace.” As Gaetano (Salvatore Esposito) approaches and Otis drops his gun, the man with a nervous stutter finally finds calm and acceptance, right before he’s shot. “On some level, that death becomes a gift,” Hawley said. “That’s his happy ending.”

Gaetano then dies after tripping and shooting himself in the head — a fate foreshadowed by his clumsy footwork in previous episodes, yet still surprising and darkly funny. His brother’s execution carries a comparable tone: Josto (Jason Schwartzman) is shot as a traitor to the family, but only after Oraetta (Jessie Buckley), who’s also being taken out, asks if they’ll kill him first so she can watch.

Hawley described “Fargo” as “a tragedy with a happy ending,” so amid all that bloodshed, a few souls do make it out. The Smutny family, who runs a funeral home across the street from Oraetta’s apartment, survives, including the brilliant young Ethelrida (E’myri Crutchfield). As the narrator and moral compass of Season 4, her ending mirrors Marge Gunderson’s from the “Fargo” film.

“Her reward for surviving the story is that she goes off and has an unremarkably positive life,” Hawley said. “That was the worst thing that she ever went through in her life, and her reward is that, like James Baldwin, she’s going to move to Paris, she’s going to become a writer, and she’s going to prosper outside of America. She knows in that moment that she can’t prosper inside America, and she has the wherewithal to get out.” 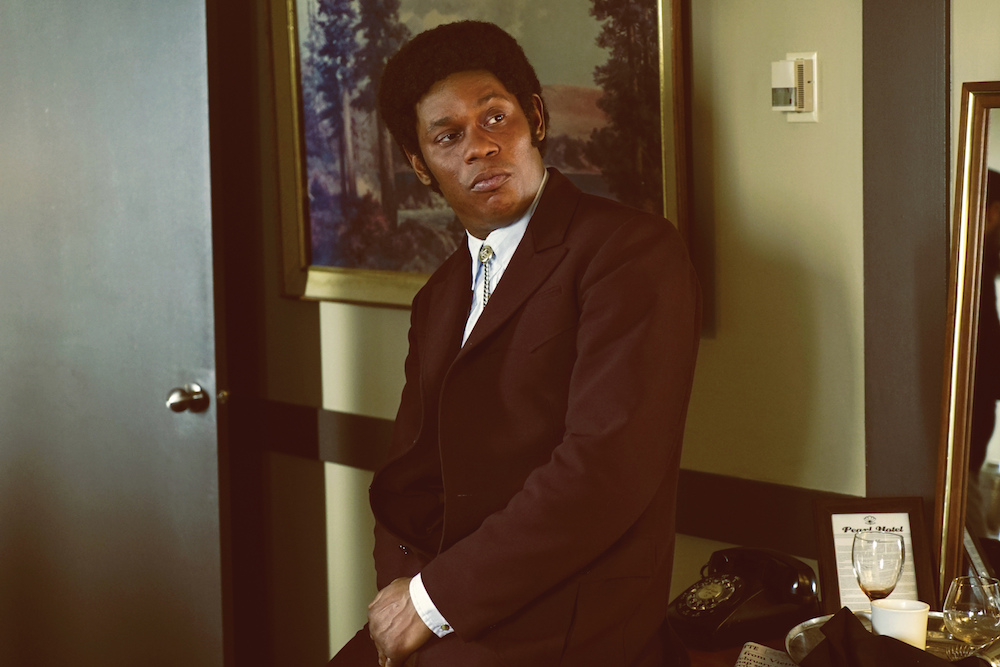 Then there’s Satchel Cannon, Loy’s youngest son who’s traded to the Fadda family as a peace offering at the start of Season 4. Despite holding a different name, many viewers guessed the boy would grow up to be Mike Milligan, a stylish and proficient hitman first seen in “Fargo” Season 2 as played by Bokeem Woodbine. Satchel, after all, is roughly the right age, growing up in the right area, and he soon bonds with Rabbi Milligan (Ben Whishaw), his one kind caretaker in the Fadda family.

Turns out, those fans were right. During the finale’s closing credits, Woodbine makes an in-character cameo, and the connection between Satchel Cannon and Mike Milligan becomes, well, canon.

“It was never a secret,” Hawley said. “I knew from the first interviews that I wasn’t fooling anybody.”

Hawley liked that Season 4 wasn’t solely based around Mike Milligan’s origin story, even though he still wanted to answer the question: “‘How does Mike Milligan become Mike Milligan?’ He remains an iconoclastic character in 1979 who neither fits in in the white community or the Black community,” Hawley said. “He’s a man of two worlds, with two fathers, who was raised by an Irishman who himself was raised by Jews and Italians, and that sounded like what America is to me, which then became the conversation of what America is in general.”

Adding to the cultural commentary, as well as the show’s tragic heart, is the professional link between father and son. Loy dies after he wins the war, but loses his empire. The Fadda family turns his organization into a small part of their national syndicate, essentially making him a worker bee when he thinks he’s going to be crowned the king of Kansas City (if not the whole Midwest). Decades later, Mike is working for the organization that ruined his father. He helps bring down the Gerhardt crime family and expects a big promotion when he returns to Kansas City. Instead, he’s stuck behind a desk, demeaned, and told to be thankful for the small favor they’re giving him.

Both thought they did the work and deserved the American dream. Instead, they got the American reality. Perhaps Loy could’ve warned his son, had he been able to get any words out as he lay bleeding on the porch. But he couldn’t. Loy dies in silence, surrounded by spilled oranges, and Satchel goes on to lead a life far too similar to his father’s.

Sometimes the things you don’t do catch up with you — in this life or the next.

“Fargo” Season 4 is available to stream on Hulu.