Arnold Schwarzenegger Says Donald Trump Is the Worst President Ever

The former California governor shared an impassioned plea on Twitter, and likened the Proud Boys to a modern-day Nazi equivalent. 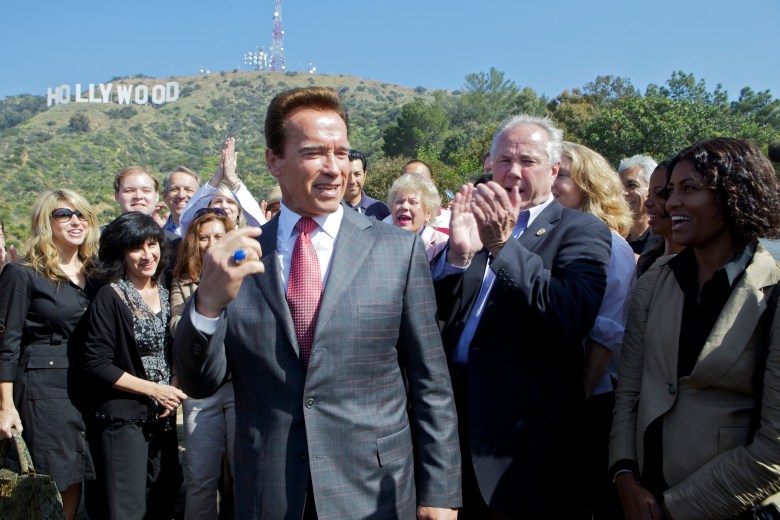 Actor and former California governor Arnold Schwarzenegger shared an impassioned message on Twitter Sunday morning, likening last week’s riots on the Capitol to the rise of the Nazi party circa 1938, and said Trump will go down in history as the worst U.S. president ever. Watch below.

“I grew up in Austria and very aware of Kristallnacht, or the Night of Broken Glass. It was a night of rampage against the Jews carried out in 1938, and the Nazi equivalent to the Proud Boys. Wednesday was the day of broken glass right here in the United States. The broken glass was in the windows of the United States Capitol. But the mob did not just shatter the windows of the Capitol,” he said. “They shattered the ideals we took for granted. They did not just break down the doors of the building that housed American democracy: They trampled the very principles upon which our country was founded.”

He added, “President Trump is a failed leader. He will go down in history as the worst president ever. The good news is he will soon be as irrelevant as an old tweet…He sought a coup by misleading people with lies. I know where such lies lead.”

Schwartzegger has been calling out the dangers posed by Trump for some time. “It all started with lies, lies, lies and intolerance. Being from Europe I’ve seen firsthand how bad things can spin out of control,” he said. “We need public servants who serve something larger than their own power. We need public servants who will serve higher ideals, the ideals on which this country was founded, and the ideals which other countries look up to… We need reforms, of course, so that this never ever happens again. We need to hold accountable the people that brought us to this unforgivable point. We need to look past ourselves, our partisan disagreements. Put our democracy first. We need to heal together from the trauma of what has just happened. We need to heal, not as Republicans or democrats, but as Americans.”

My message to my fellow Americans and friends around the world following this week’s attack on the Capitol. pic.twitter.com/blOy35LWJ5